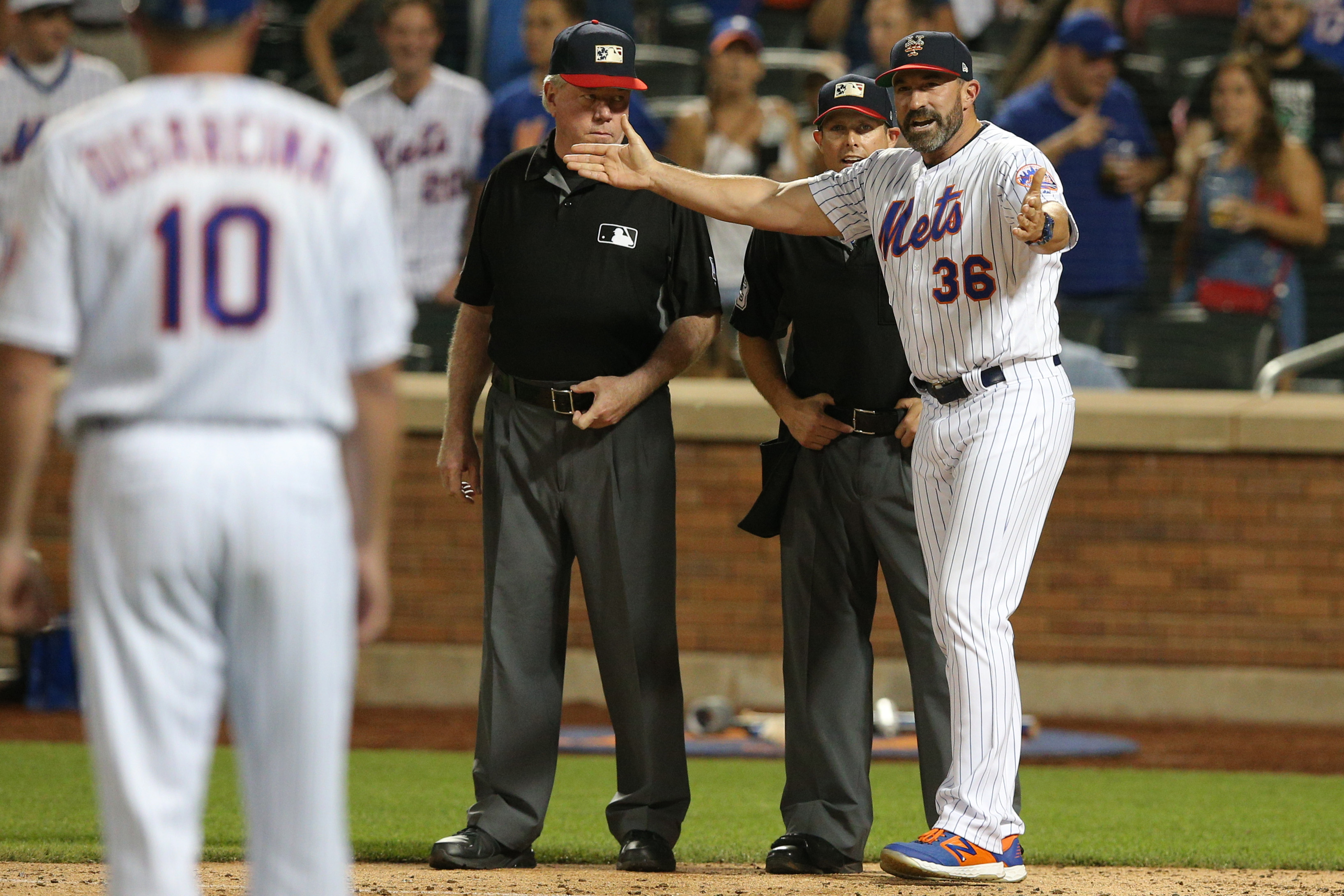 The New York Mets entered the season with high expectations, and General Manager Brodie Van Wagenen challenged the rest of the National League East to “come get us” back in January. The NL rose to the challenge, getting the Mets to the point that they finished the first half with a record of 40-50, 10 games below .500 and slightly better than the 39-55 mark they had at the All Star Break a year ago. For a team that took a big swing at contention, the Mets ended up whiffing and looking foolish in the process.

If you look at the surface level for the Mets, there are a lot of reasons why it is very hard to believe that they are all but buried in the standings again. Pete Alonso is having a historic rookie season, launching 30 homers and driving in 68 runs in the first half, tying Aaron Judge’s rookie record for most homers in the first half and breaking Albert Pujols’ mark for rookie RBI’s prior to the break. Jeff McNeil is leading the league in hitting at .356 as part of a surprisingly effective offense that has averaged 4.7 runs per game. Ace Jacob deGrom hasn’t been quite as sharp as his historic pace a year ago, but he has still been very effective with a 3.27 ERA and a ridiculous 138:25 strikeout to walk ratio.

There are, however, plenty of reasons why the Mets are where they are. The bullpen has been one of the worst in baseball, pitching to a 5.59 ERA, the third highest in the major leagues. Jeurys Familia has been a flop in his Mets’ return, pitching to a 7.50 ERA, while closer Edwin Diaz has gone 1-6 with a 5.50 ERA. That is a major league flop on Van Wagenen’s signature move, parting with premium prospects and taking on nearly $100 million in salary for Robinson Cano to land a closer who had 57 saves a year ago.

Cano hasn’t been much better, landing on the injured list twice and hitting just .240 with four home runs and 18 RBI’s in the first half. Defense has also been a problem for Cano, who looks a step slower at second base and has had trouble getting to as many ground balls as he used to. The Mets as a whole have been a dreadful defensive team, continually relying on playing men out of position in order to generate enough offense to outscore their horrendous bullpen, leading to a vicious cycle of ineffectiveness.

Those factors can outweigh historic performances from Alonso and McNeil, along with strong showings from guys like Dominic Smith, Todd Frazier, Michael Conforto, and J.D. Davis. Manager Mickey Callaway hasn’t helped matters with questionable bullpen management, with his decision to overwork his main arms after the secondary options blew a game in Los Angeles in late May helping contribute significantly to this mess. The front office also deserves blame as well, letting Callaway twist in the wind to the point that he blew up at a reporter in the clubhouse, leading to speculation Callaway was trying to get himself fired.

It’s a shame that despite all of the good things the Mets have seen over the past few years that their season is all but over well before the trade deadline. This has been the case for all but two years since 2009, an unacceptable display of ineptitude from the franchise. Until the Mets take a hard look in the mirror and accept the reality of their situation, there isn’t much that will change with the organization going forward.