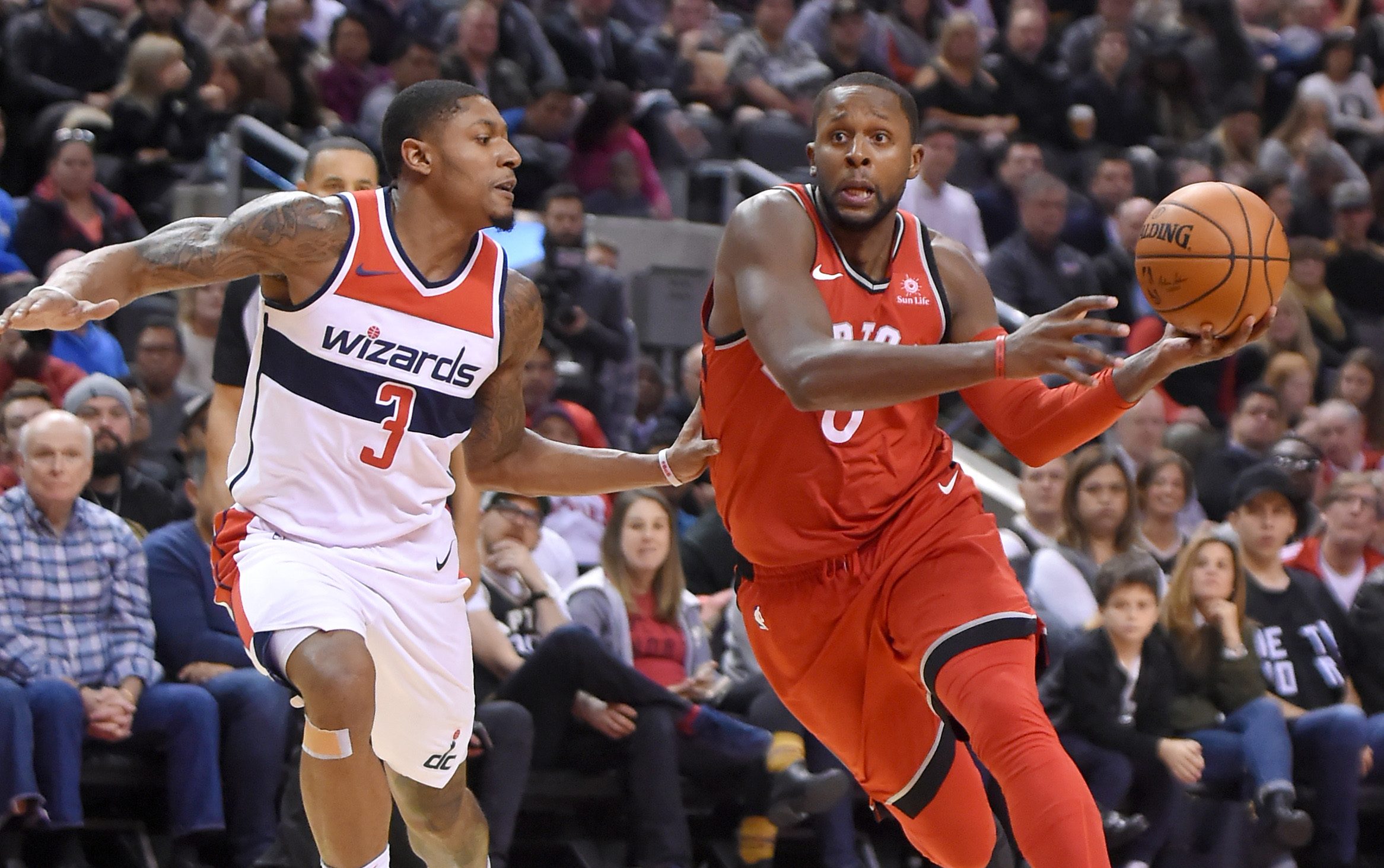 With the end of NBA free agency moratorium, the official announcement of moves are being made. The Washington Wizards have officially acquired Mo Wagner, Isaac Bonga, and Jemerrio Jones as well as a second-round pick from the Lakers in the Anthony Davis trade. Also under the radar, interim team president Tommy Sheppard and the rest of the front office made moves to add veteran forward depth to a roster that was badly lacking it.

Washington acquired sharpshooting wing C.J. Miles from the Memphis Grizzlies for Dwight Howard straight up. Memphis made the deal because it saves them more than $3 million in the swap of expiring contracts. The Wizards get someone that immediately enters the rotation potentially ahead or behind Troy Brown Jr. at small forward. Miles’ $8.7 million cap hit just barely does not allow Washington to utilize the $8.6 million trade exception they have from dumping Markieff Morris last February.

“C.J. is respected around the league for his defense, three-point shooting and leadership,” said Sheppard. “All of those qualities appealed to us in making this deal and we look forward to him making a positive impact on our team.”

Miles, 32, holds career averages of 9.6 points and 2.4 rebounds while shooting .359 from three-point range in 838 games over 14 seasons with Utah, Cleveland, Indiana, Toronto and Memphis. The 6-foot-6, 220 pound forward averaged 6.4 points and 1.8 rebounds in 53 games between Toronto and Memphis last season.

Howard was originally signed as a free agent by the Wizards on July 12, 2018 and was inexplicably given a player option. He appeared in nine games last season, averaging 12.8 points and 9.2 rebounds while shooting .623 from the field before undergoing an L4-L5 lumbar microdiscectomy on November 30.

The Wizards were not done there though as they inserted themselves into Brooklyn and San Antonio’s trade for DeMarre Carroll. Washington acquired forward Davis Bertans from the Spurs and sent the draft rights of 2015 second-round pick Aaron White to Brooklyn. White has had a fairly strong overseas career and was a potential target for the Wizards to bring over, but Bertans provides a more known product. Bertans’ $7 million expiring salary was slid into Morris’ trade exception.

“Davis is a player that will add depth to our frontcourt with his shooting ability, basketball IQ and work ethic,” said Sheppard. “He was one of the top three-point shooters in the league last season and will allow us to stretch the floor.”

As of July 7, here is what Washington’s depth chart currently looks like after the team waived Jonathon Simmons to save $4.7 million:

Without the likely minimum contracts of Robinson and Schofield, Washington currently has a $128.5 million payroll. That is about $4 million under the luxury tax that they will likely stay under and $5 million more than their final payroll last season. The Wizards could waive Tarik Phillip and/or Jemerrio Jones to make room for Robinson and Schofield since the roster already stands at 15. Sheppard may still have something left up his sleeve, maybe bringing back Jabari Parker on the bi-annual exception, but things are probably starting to wrap-up given the players still available and the limited cap space.