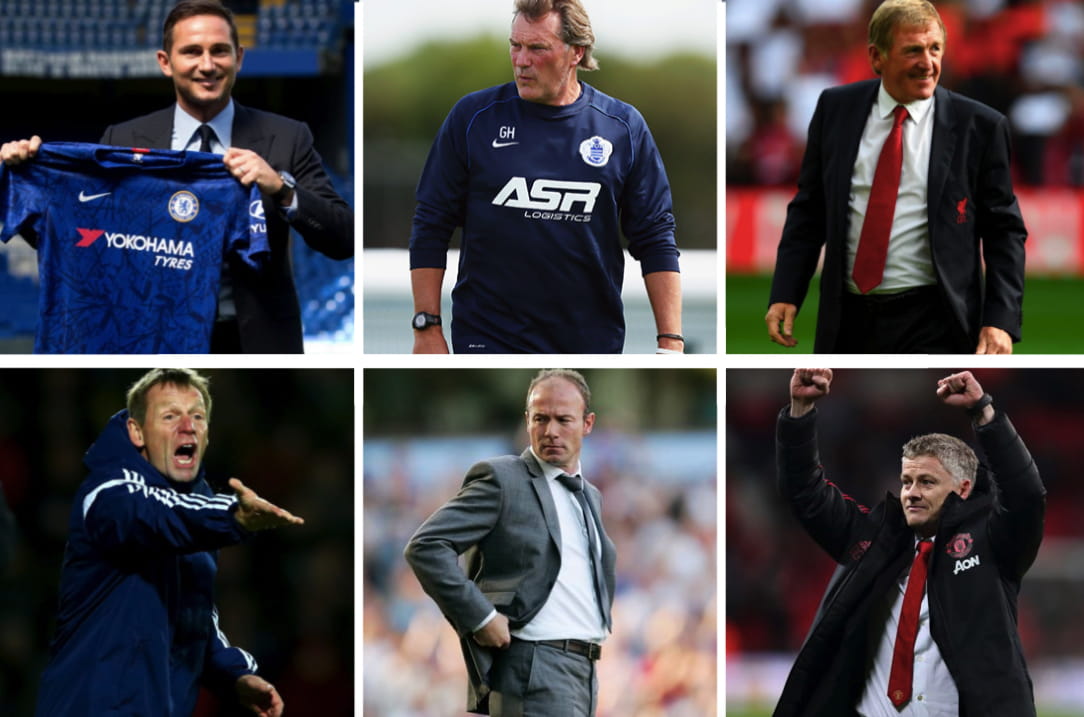 The return of Frank Lampard to Chelsea to become their manager is not the first time we have seen a former club legend go back and be the manager of the club where they made their name. Plenty more have done it in the past, to a varying degree of success.

Lampard will be hoping to bring the same level of success to the club that he had as a player, although that won’t be easy with a transfer ban hanging over them and the competitiveness of the top six. Those looking to back Lampard should take a look at the current available betting offers and odds at newbettingsites.uk to see how they can get involved.

Here is a look back at five stories from the past where players have turned into managers.

A Tottenham legend, and despite his very average reign as Tottenham manager, he still remains one. As a player he was a big part in them winning the FA Cup twice and the UEFA Cup but as a manager at White Hart Lane, things were very different for Hoddle.

He left Southampton to take the job but in the two years he had in charge of Spurs he only managed to secure 9th and 10th place finishes, which led to him being sacked in September 2003.

Labelled ‘King Kenny’ by the Liverpool faithful, Dalglish has been in charge of Liverpool twice. The first came towards the end of his playing career when he became player-manager of the club. During that period he led them to a domestic double, adding a sixth Premier League title to the five he had already won as a player with them.

Fast forward nearly 20 years and Dalglish was back in charge when Liverpool needed him after a rough patch. This resulted in a mixed reign, the positive was a League Cup victory and an FA Cup final appearance, while their league form was a negative, only managing 8th.

A Nottingham Forest legend and one that played for 12 years with the club. He returned as their manager in 2014 but failed to do anything meaningful despite been given good financial backing by the board, they certainly cannot be accused of not wanting him to succeed.

Just three wins from 21 games was enough for Pearce to be sacked from the role, but he will be pleased to know the short time he spent as manager doesn’t appear to have dented his popularity with the fans.

Shearer returned to Newcastle with an almost impossible task, to save the club from relegation with just eight games to do at the end of the 2009 season. He didn’t, and the club found themselves going down to the Championship, despite Shearer doing all he could.

The striker still remains a legend of the game in the north, and since being in charge he has regularly spoke about Mike Ashley, the Newcastle owner, and criticised his handling of the club.

The most recent of these to return is Solskjaer, who earnt himself the Manchester United job on a full time basis after impressing in a trial. He was brought in to try and get the fans back on side within the club, although that may not have worked as well as it was hoped it would.

One thing remains though and that is the love the fans have for Ole, a player who played for the club during a golden period and will always be remembered for scoring in the 1999 Champions League final win.