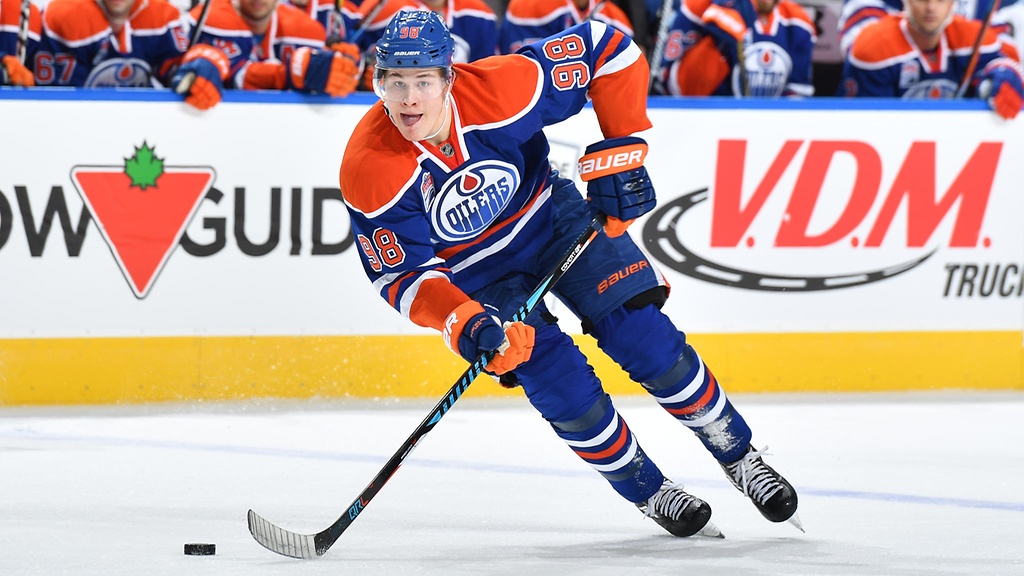 Ken Holland, one week ago today, told the assembled media that he wasn’t quite done tinkering with Edmonton’s roster. The Oil have made minimal additions to their club, and at this point do not look like a playoff team.

Among the things Holland is looking for are a 20-goal scorer, third line center and more help for the bottom-six. The Oilers, according to The Fourth Period, have targeted LA’s Matt Luff in potential trade talks.

Those talks were centered around Jesse Puljujarvi, who Holland continues to shop. The fourth overall pick in 2016 has drawn interest from numerous teams, including the Kings, Tampa Bay Lightning and Boston Bruins.

The Fourth Period had the details on the talks with the Kings, which included sending Milan Lucic and the remaining four years on his contract to Southern California.

Edmonton: Another weak July 1 performer engaged regarding Oilers enigmatic RW Jesse Puljujarvi. Though Kings head coach Todd McLellan had his differences with the Finnish winger during his Oilers tenure, the former fourth-overall pick fits the profile of what Los Angeles is looking to import, youth and skill, and you have to assume a conversation was had about a possible reunion with McLellan.

I find it interesting that the Kings are involved, mostly because of the rocky relationship between McLellan and Puljujarvi. The veteran coach never truly gave Puljujarvi a chance with the Oil, and I highly doubt things have changed since November.

His relationship with Lucic also wasn’t all happiness and joy. The two butted heads quite a bit, especially since Christmas 2017.

But there’s always a catch on a bargain and this tax was onerous – the inclusion of former Kings LW Milan Lucic and the $24 million owed over four seasons on his deal. As Puljujarvi aligns with the strategy, Lucic is 180, or maybe 270 degrees from what is needed to transition this team. Since departing for Alberta, Lucic’s production has gone in a straight line down from 50 to 20 points in his third season in Copper and Blue. While Lucic posted near career-high numbers during his rental season in LA and played well with Anze Kopitar, he’s four seasons removed from that success with little sign he can return to that level.

Oilers GM Ken Holland rightfully dangled the carrot of untapped potential combined with the stick of an ugly contract behind it which Blake chose not to chew on. As for the return, I’ve heard that winger Matt Luff is a favorite of new head coach Dave Tippett, who identified the winger as a target for the expansion draft had Tippett chose to exercise more patience in Seattle. It’s likely Los Angeles would have anted up a pick as well, but keep an eye out for Luff if a deal is culminated down the line.

Luff isn’t anything to write home about. He wouldn’t be coming to Edmonton to fill a top-six role, rather he’d be yet another addition to the revamped bottom-six. Luff played in 33 NHL games a season ago, the first of his career, and scored 11 points (8-3-11).

If Edmonton could pull this deal off, they’d open significant cap space. The price of Puljujarvi is dear and has the ability to backfire, but the chance to rid themselves of Lucic’s deal might be too good to pass up. Shedding the veteran might open the salary to sign Ryan Dzingel and possibly open the door for Patrick Maroon to return. It could be a step back to take two forward.

Bruins GM Don Sweeney has admitted that he’s likely done with this year’s free agent class. He isn’t, however, ruling out trades. Boston lost Marcus Johansson on Saturday morning, and will need a third line forward to replace him. Puljujarvi could be a real solid fit with the veteran Bruins, and Sweeney is interested.

Jimmy Murphy of Boston Hockey Now reported on draft weekend that the Bruins are willing to deal RFA forward Danton Heinen. Heinen, who scored 34 points (11-23-34) in 77 games this past season is a strong third liner who brings speed, some skill and physical ability to the table. He could be a real fan favorite in Northern Alberta.

Could Edmonton pry Heinen and, perhaps, a mid-round pick from the Bruins for Puljujarvi? I’m led to believe Boston would be willing to investigate that possibility.

Where Else Could Puljujarvi Go?:

The Tampa Bay Lightning have expressed interest, and I wonder if the Oilers could use Puljujarvi in a package to acquire Tyler Johnson. Johnson would fill Edmonton’s top-six forward and 20-goal scorer needs. It goes without saying, but Edmonton would need to add.

The Carolina Hurricanes have shown an interest in Puljujarvi as well, but is there a real match here? Carolina doesn’t have any NHL-ready talent that could help Edmonton. I don’t think the Oilers are overly interested in Justin Faulk, who has been shopped as recently as last week.

There have been rumblings about interest from the Pittsburgh Penguins, but nothing concrete on that front at this time.

Holland continues to shop the Finnish forward. He’s hoping to either open cap space via attaching Lucic to him, or cash Puljujarvi in for a piece that can help. This story is far from complete.