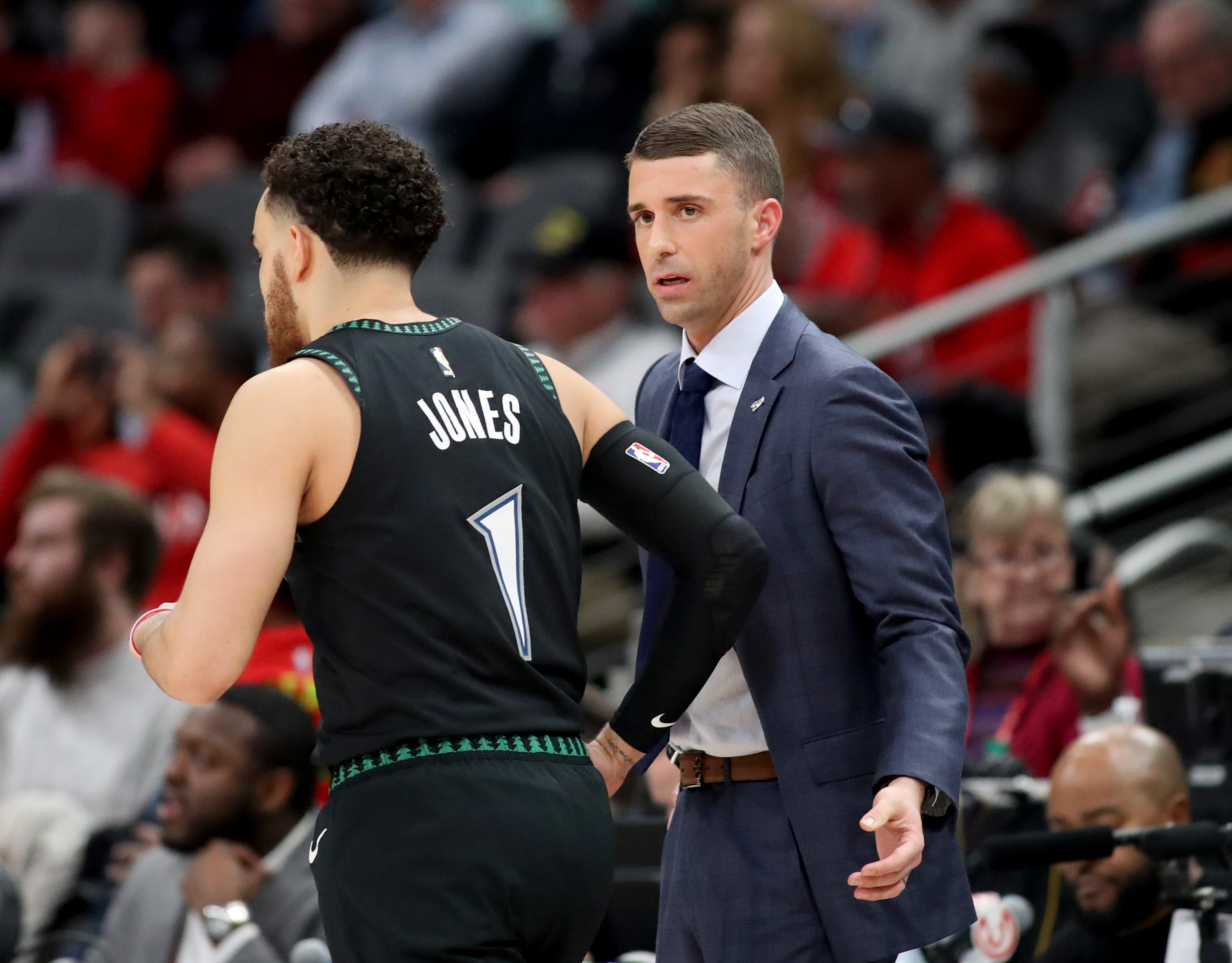 Tyus Jones has signed a 3-year deal with the Memphis Grizzlies that can reach as high as $28 Million with incentives. As a Restricted Free Agent, the Timberwolves have 48 hours from when he signed the offer sheet to decide if they want to match the contract.

Last season, Tyus Jones averaged 6.9 points and 4.8 assists over 22.9 minutes per game. Along with that, he recorded a historic 6.9 assist-to-turnover ratio. As a still improving 23 year-old, there is little reason for the Wolves not to match the offer sheet, especially since it wouldn’t vault them into the luxury tax.

Tyus is a reliable backup

If Jeff Teague and Tyus Jones are on the roster together at the start of the season, Jones will come off the bench, which he has done in 213 of the 247 games he has appeared in.

As a backup, Tyus is very serviceable, on offense and defense. Offensively, he is known for creating for his teammates and getting them the ball in the right spots. Defensively, he is a high IQ player that has a nose for the basketball and loves getting into passing lanes for steals.

Last year, Tyus recorded a 3.0 total win shares for Minnesota, a number similar to Trae Young, Terry Rozier, Patty Mills, and Cory Joseph. Additionally, Jones was one of just 16 guards that recorded a 9% or less turnover percentage in meaningful minutes and games.

Another plus for keeping Tyus is his connection to Head Coach Ryan Saunders. Over the course of his four years in the NBA, Tyus has grown close to Saunders, often studying film with him before and after practice, along with before games. Saunders is comfortable with Jones, and Jones is comfortable with Saunders. That is something that is very important in the NBA.

Coaches need to be able to trust their players. In his first year on the full-time job, having a backup point guard like Tyus that can play big minutes when called on would be a huge security blanket that Saunders could call on.

Fit next to towns and covington

Not only is Tyus a serviceable backup, he’s somebody that can fill in and start if Jeff Teague goes down or isn’t performing up to expectations. In particular, Tyus is great with Karl-Anthony Towns and Robert Covington.

A Tyus and Towns pick-and-roll is something the Wolves used effectively last season and should continue to get more effective as Tyus’ jumper improves. Next to Covington in particular, the two-man combination of Tyus and RoCo outscored opponents by over 15 points per 100 possessions in their 295 minutes played together.

The biggest question about whether or not the Wolves will match Tyus’ contract doesn’t have a lot to do with his play. The performance and reliability is their on the court. The question will be whether or not Minnesota wants to get right up against the luxury tax with Jones.

In my opinion, the roughly $9 Million per year for Tyus is great value. The biggest knock on his game, and frankly what is preventing him from becoming a starter in the NBA, is his shooting. If he develops a consistent shot from deep, he will be a starting point guard in the NBA, no questions asked. At just 23 years-old, there is reason to believe that he can do this, and if not, he’s going to give the Wolves 20-25 quality minutes off the bench every night.

In the NBA, teams pay for quality players, and Tyus is a quality player. Here’s a look at what other notable backup point guards get across the league:

In my eyes, these are three quality backup point guards that are comparable to where Tyus will be by the end of his contract. Paying $9M/year for a quality backup, who could turn into a starter, should be a no brainer for Rosas and the Wolves.