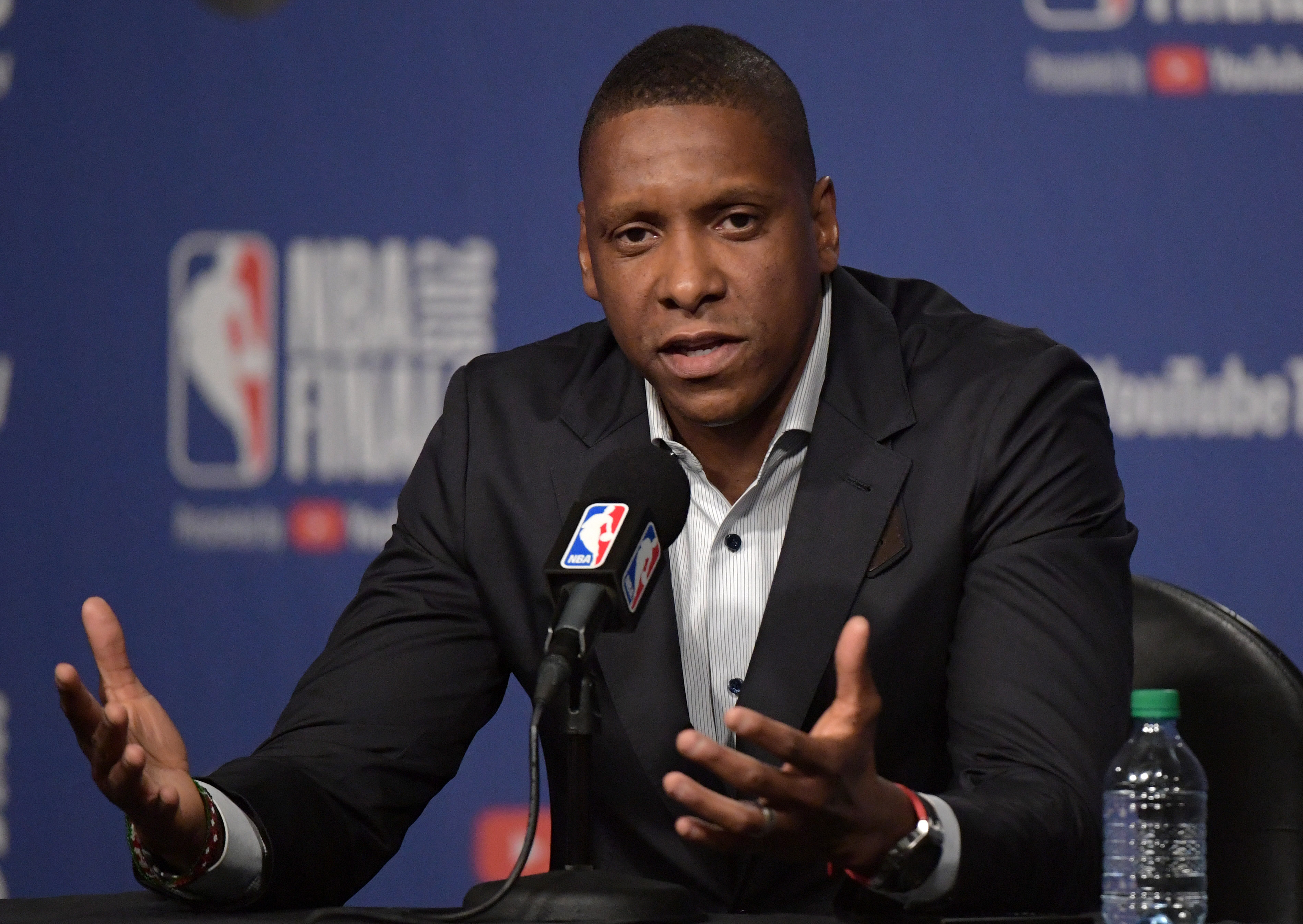 Raptors president Masai Ujiri had the opportunity to start over in Washington D.C., with the Wizards reportedly offering him the farm if he were to leave Toronto and join their organization to fill the same position.

Ujiri, however, elected to remain in Toronto for the long-term, despite the fact that the Raptors stood a chance of losing Kawhi Leonard. The fact that the team won the NBA Finals sure could have played a role there, as Ujiri developed a close relationship with his players.

As for Leonard, he did, indeed, elect to leave, but Ujiri doesn’t seem to be all that fazed. The team knew what it was getting into beforehand, with Leonard possibly being a one-year rental that had his heart in Los Angeles. Ujiri spoke to reporters about Leonard’s departure before the team’s Summer League game on Tuesday.

Masai on Kawhi negotiations. Was Kawhi up front: "I think he was. Kawhi was … (long pause)."
Was asked if anybody wasn't:
" Ha, either way … I know what we’re dealing with here and I appreciate what the process was and I know free agency, I know how it works … "

Ujiri's answer was perfectly vague enough that we can't be sure he's jabbing Uncle Dennis. Is there a chance he was maybe talking OKC??

That’s the most Ujiri has offered about the move since it happened, so it was interesting to hear his take on it.