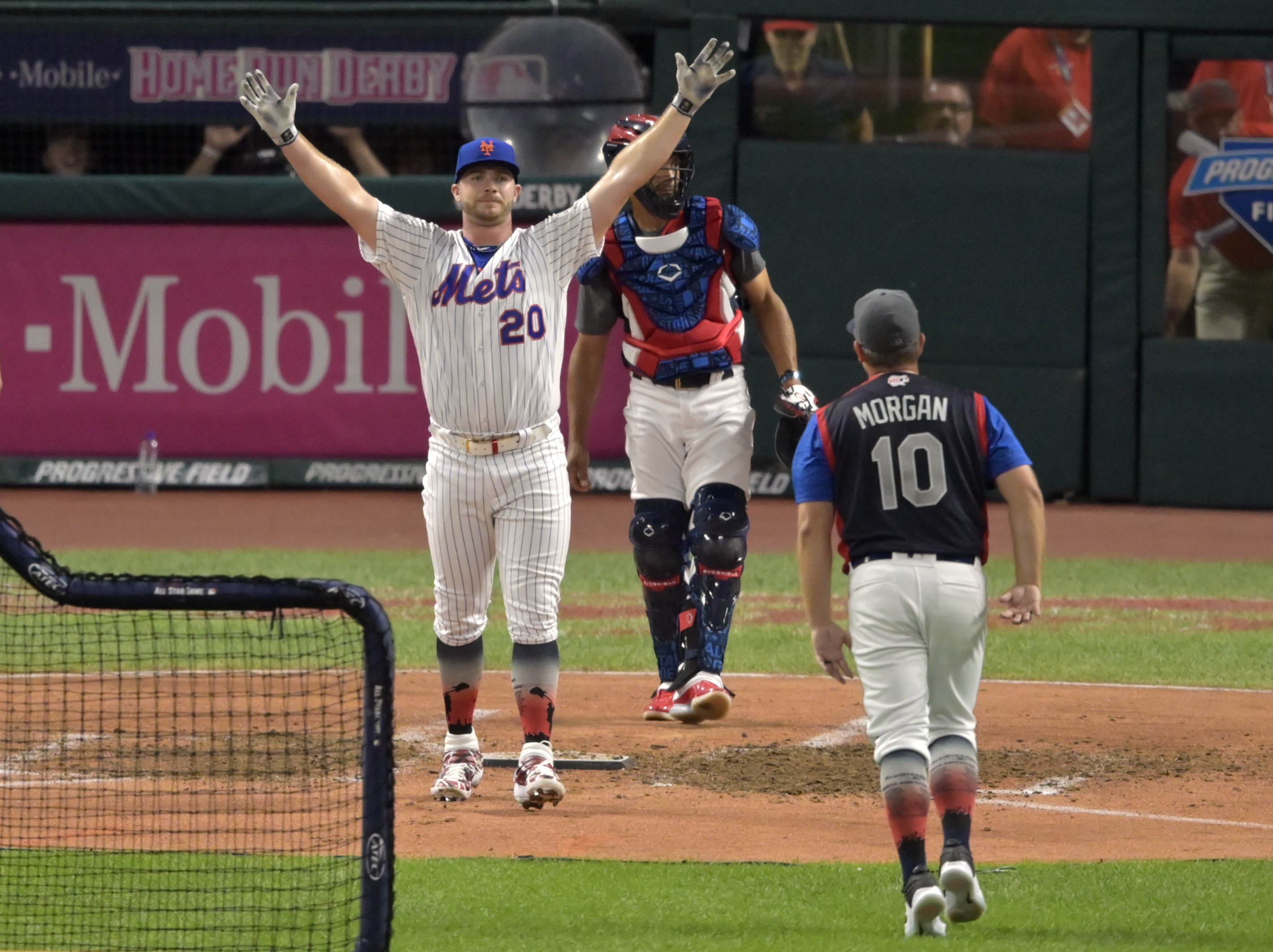 For those not old enough, Monday’s Home Run Derby was a lot like 2008 where Josh Hamilton wowed the Yankee Stadium crowd with an iconic early round Derby performance (28 in the first round), only to tire out and lose to Justin Morneau 5-3 in the final.

Vladimir Guerrero Jr. broke records with his 29 home runs in the first round and 40 (!!!) in the second round with the help of three tiebreakers with Joc Pederson. He did tire out a little bit in the final, but if 22 home runs are “tired” then that’s a new standard of tired (as opposed to me, who tires out rolling over in bed).

Pete Alonso’s only chance was to take advantage of Guerrero falling just below the high standard he set for himself, and that’s exactly what happened as Alonso’s 23 batting practice home runs won him the Home Run Derby title for 2019. Alonso also overcame boos in the first round as he defeated hometown love Carlos Santana in the first round. (For ten minutes, Art Modell wasn’t the most hated sports professional in Cleveland.)

Alonso will be compared to Justin Morneau, who people will remember won the derby over a tired Hamilton in 2008. That’s okay because both Morneau and Alonso won the event. Alonso, as a result of being a higher seed, only had to chase a number rather than “highest possible”. and the fact that he didn’t need extra time in any of his rounds is quite impressive. Also impressive: Vladimir Guerrero Jr., who set the world on fire in his three rounds, extra time or not. This was a home run derby they’ll talk about forever and ever, and Alonso won it. He earned it.

The best part of this victory is that it gave Alonso a platform to raise awareness for the Wounded Warrior Project and the Tunnel to Towers Foundation, both of which Alonso is donating part of his winnings for. To be an awestruck rookie and have the awareness to use his spotlight for charitable endeavors shows that he is a special young man. I hope he’s cherished as such by everyone involved with the New York Mets.

And if you’re complaining that Guerrero didn’t win the thing because of the format, keep in mind that this is a fun event, and that at the end of the day this is batting practice. I love how the think tanks want to change everything around about actual baseball games because it’s entertainment, but we’re all ten times more worried about the competitive integrity of a batting practice tournament. In case you hadn’t realized it, there was a rule about waiting to throw the next pitch until the previous one landed. It was broken by everybody … all night. Who cares. It’s batting practice, It’s fun. Lighten up, Francis.

To sum up, cheers to Pete Alonso, Vladimir Guerrero, and Joc Pederson for a memorable night. Everybody had fun, or should have had fun. And that chain that Alonso got for winning the event was … something.