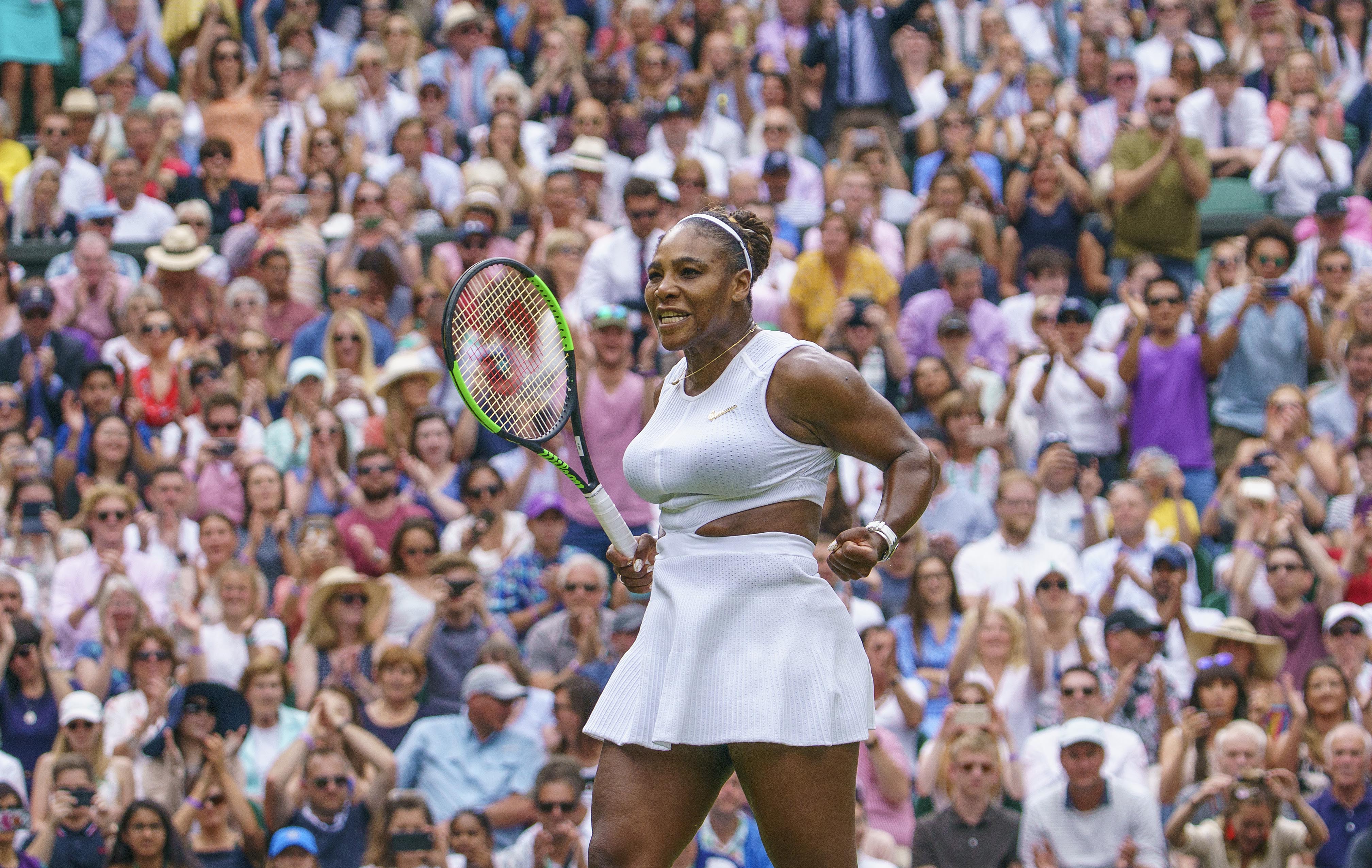 In an all-American matchup in the quarterfinals of Wimbledon on Tuesday, 11th ranked Serena Williams of Saginaw, MI defeated Alison Riske of Pittsburgh, PA 6-4, 4-6, 6-3. Williams, who is seeking her 24th grand slam title, is now only two wins away from tying the record set by Margaret Smith Court of Australia. Smith Court won her 24th major title when she beat fellow Australian Evonne Goolagong 7-6, 5-7, 6-2 at the 1973 U.S. Open from the West Side Tennis Club in Forrest Hills, NY.

One area where Williams struggled a little bit however was in rallies. Williams was broken five times and will need to do a better job in that area when she faces Barbora Strycova of the Czech Republic in the semifinals on Friday. Strycova defeated 19th ranked Johanna Konta of Great Britain 7-5, 6-1 in the other quarterfinal on Center Court on Tuesday.

In the other women’s quarterfinals, seventh ranked Simona Halep of Romania beat Shuai Zhang of China 7-6, 6-1. The first set in this match was extremely entertaining as Zhang got off to a great start before Halep marched back. Meanwhile, Elina Svitolina, the eighth seed from the Ukraine reached her first grand slam semifinal with a 7-5, 6-4 win over Karolina Muchova of the Czech Republic.

Williams’ win over Riske was one of three reasons she made the news over the last 24 hours at Wimbledon. On the court, she also won in mixed doubles on Tuesday as she joined forces with Andy Murray of Great Britain to beat Fabrice Martin of France and Raquel Atawo of Fresno, CA 7-5, 6-3 in the second round. Serena Williams once again made headlines for her inappropriate conduct. This time Williams was fined $10,000 according to CNN, for damaging a Wimbledon practice court with her racquet on June 30.