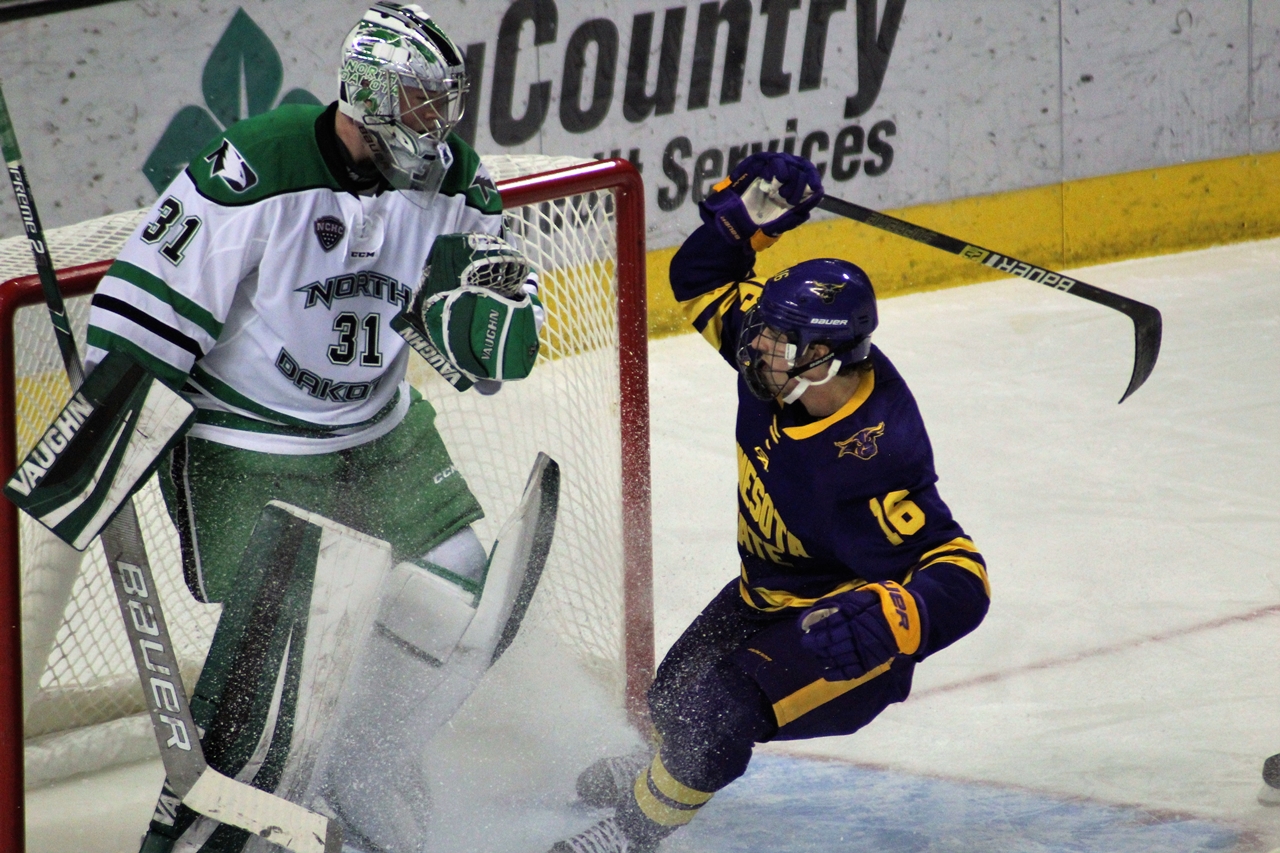 The dog days of summer are here. The 2019 Entry Draft is over. The NHL’s 2019 free agency period has begun. For the most part, hockey is done until training camp begins in the fall. Perusing the calendar, there are 88 days until 2019-20 college hockey season begins. This off-season, I’ve decided to celebrate the 100 days of summer. Today, I am going to look at UND’s returning goalies.

Last season, freshman goalie Adam Scheel earned the majority of the starts. Scheel played in 26 games compiling a 13-10-2 record (2.07 GAA and .910 save percentage ).

The Lakewood Ohio native recorded a shutout against the Wisconsin Badgers. On February 16, 2019, Scheel suffered a season-ending injury against the Western Michigan Broncos. Last season, UND had a 13-9-2 record when Scheel started.

Last season, goalie Harrison Feeney joined the Fighting Hawks during the second half of the season after Peter Thome suffered a hand injury. Originally, Feeney was scheduled to come in this fall, but Thome’s injury, sped up his arrival.

Feeney came to UND via the Lone Star Brahmas of the NAHL where he played in 29 games posting a 11-10-2 record (2.05 GAA and a .931 save percentage). During the 2018-19 season, the Lafayette Hill, Pennsylvania native recorded four shutouts. Feeney is expected to be the third string goalie.