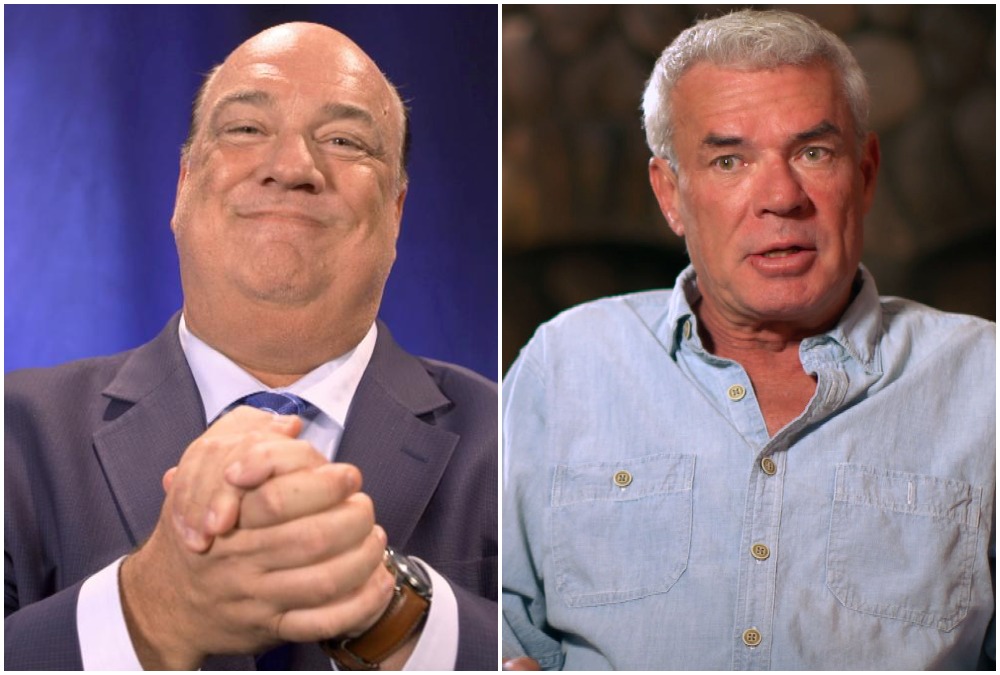 As announced by WWE, Paul Heyman and Eric Bischoff has assumed roles as Executive Directors of Raw and SmackDown Live, respectfully. While there is discussion that Bischoff’s role will go into action after the Extreme Rules WWE pay-per-view, Heyman’s fingerprints have noticeably been on the recent Raw programming. Particularly, the segment with Braun Strowman and Bobby Lashley.

According to the Wrestling Observer Newsletter, there are several reasons why this move was made by Vince McMahon. One reason is the negative reaction from Wall Street in the declining indicators of brand popularity, namely audience, merchandise sales, and WWE Network numbers. The decline in numbers leaves questions on whether All Elite Wrestling (AEW) can legitimately be the first serious competition for WWE in nearly 20 years.

Unfortunately, for WWE, the brand has reportedly not done well as bringing in a new wave of dedicated wrestling fans, as the over 50 audience is one that has stayed more steady. This means that the fans between the 18-34 age demographic during the Attitude Era are now in their late 30s to mid 50s. While these fans are remembering the times of yesteryear, newer fans are dropping due to a lost of interest in the product.

As a result, Vince McMahon is noticing that there are problems regarding viewer interest, and Heyman and Bischoff’s expertise in attracting younger crowds can be helpful in turning these issues in a positive direction. Another key factor in making this decision is the high demand of ticket sales for the All Out pay-per-view scheduled for August 31. Interestingly the AEW Fight for the Fallen in Jacksonville, Florida is being combated with the EVOLVE 10th Anniversary Show, which WWE is heavily advertising.

WON is also reporting that the backstage reaction of Heyman as Executive Director has been mixed, but more positive than negative due to people understanding the creative genius that he is, and that he still has a sharp mind for the business. It is also been said that Heyman has high regards for Ricochet, which is why he has been more involved in the Raw main event lately. In fact, Ricochet has recently been involved in one of the most intriguing storylines on Raw, with AJ Styles turning heel and reforming The Club before his United States Championship opportunity at Extreme Rules.

Bischoff is going to be a key figure in the move of WWE from USA to FOX in the fall. While seemingly Triple H would have been the figurehead for SmackDown Live, his time is still heavily spent with the NXT brand. Moreover, with the focus on SmackDown Live being a successful investment for FOX, especially during their five-year deal, Triple H assuming more major projects would not have been a smart move, which is why Bischoff being Executive Director is a wiser choice. This is also very important due to Vince McMahon relieving himself from more hands-on roles with the upcoming re-launch of the XFL brand.