Isaiah Thomas talks about joining the Wizards, his health, and relationship with John Wall 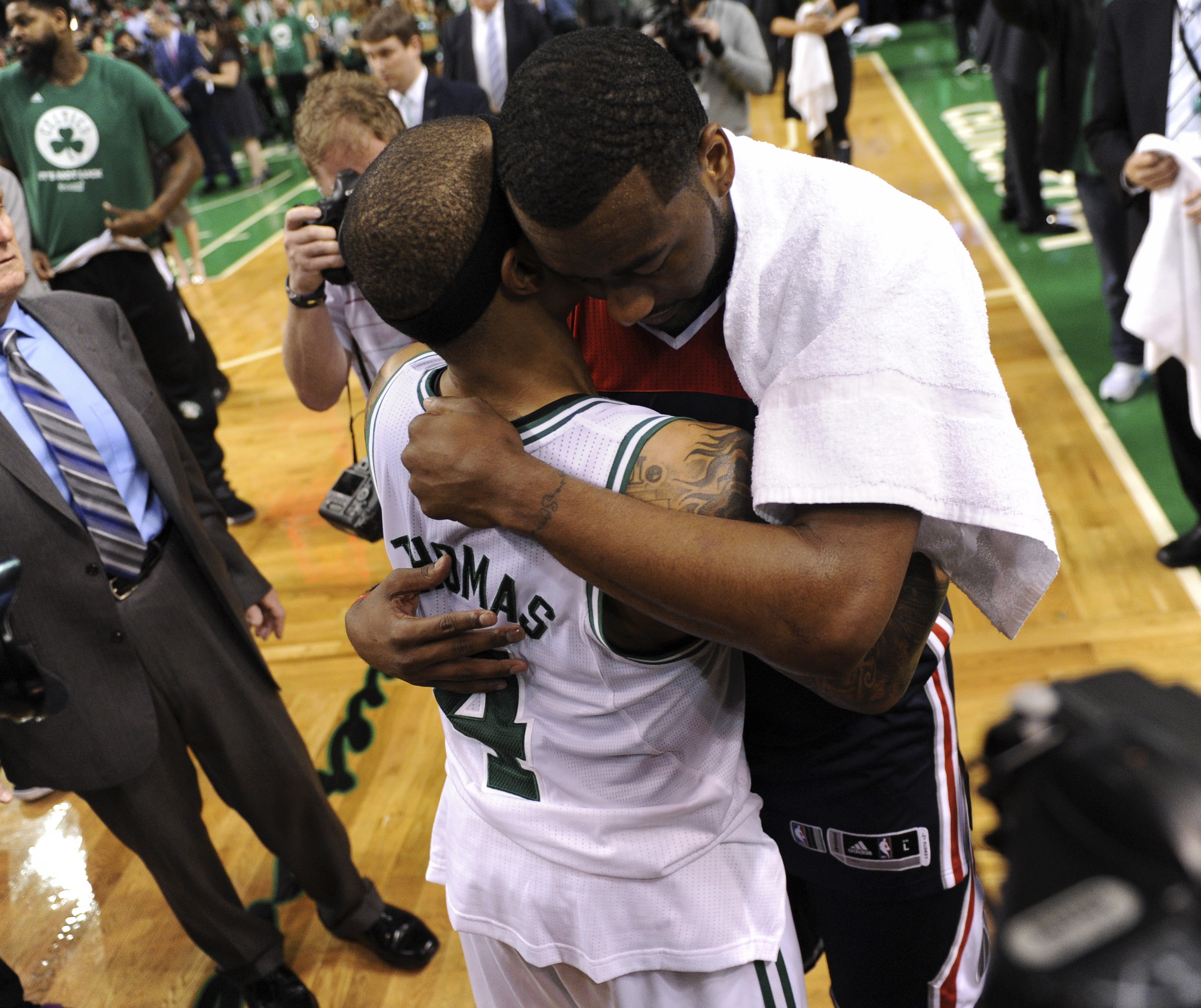 Isaiah Thomas talks about joining the Wizards, his health, and relationship with John Wall

The Washington Wizards signed point guard Isaiah Thomas to a veteran minimum contract during free agency and he signed his deal on Tuesday in Las Vegas. Thomas took in the team’s Summer League game against the Clippers sitting courtside next to Ted Leonsis with the likes of Tommy Sheppard, Scott Brooks, and John Wall a few seats away. The former MVP candidate spoke to reporters for the first time since joining Washington.

On signing with the Wizards after that was the team he eliminated the last time he was great:

“It was never personal. It’s weird to say that I am a Washington Wizard. I was competing with them two or three years in the Eastern Conference and we’re battling, it felt like we hated each other. It became a little rivalry. But, at the same time, I’m really good friends with John, good friends with Brad, I have respect for Scott Brooks being a small guard paving the way for a guy like myself. When I sat down and met with them, it was all about getting with the right group of guys and most importantly having an opportunity to come in and play. That’s what they told me I had.”

“I’m feeling great. I’m back to feeling like my old self. I’ve been healthy for a while. This is the first summer in two years where I can really work on my body and work on my game. Like if you let that sink in, that sounds crazy. Last two summers I’ve been rehabbing. This is a big summer for me and my body is feeling great. I’m in a great situation to be able to show the world that I can play at a high level and that’s what I’m really focused on.”

On when he started feeling healthy:

“Since I was able to come back and play with the Nuggets. The Nuggets allowed me, I can’t thank them enough and allowing me to take my time and really not rush in anything and making sure that when I do come back it’s 100 percent. The thing with Denver, the opportunity just wasn’t there. As a team they played really well, guys I feel like played better than what was expected and I didn’t want to mess up the success that we’re having. Coach made a coaching decision to take me out of the rotation. At the same time, I worked out after every game, I played 3-on-3 before every game, I ran every stadium stairs before every game so I was still able to get better and still able to bring something to the team. So I’ll say since February I’ve been feeling really good.”

On when his relationship with John Wall began:

“High school. I met him right before he blew up. Right before he became the No. 1 player in the country coming out of high school. We played in the same basketball camp and then from there we just built a relationship. I’ve always talked with John, we always communicated, we always battled against each other and then when we got in the league we was on Reebok together so that’s what made our relationship even closer. He’s a really good friend of mine.”

On starting the load management trend:

“Sure, I took a bullet. That’s in terms of max contracts, all that. People not playing to get their max deals. I took a bullet for sure. That was the decision that was made at that point in time. I was going through other stuff (sister’s death) at that time, so basketball was the only thing that was helping me through that time off the court. But I feel like yeah, especially with the Kawhi Leonard thing, he sat out for a reason. He seen my situation, for sure he seen it. The list goes on. But load management I think is smart for players. We play a lot of games, we battle against the best players in the world. So players now are looking out for themselves and more importantly the team is looking out for them.”

“Everything. I’m a born leader. That’s just who I am, that’s how I was raised, that’s how my parents raised me. I think I can bring guys together even more, I’ve done it before. I’ve done it at every level I’ve played. And I just want to bring the best out of everybody. I want to compete, I want to win and I think that was one of the most important things in the Wizards meeting was like I’m coming here to win like I don’t know any other way and they felt the same way so. I feel like I could bring a lot and I’m just gonna be myself and that’s all I know how to do.”