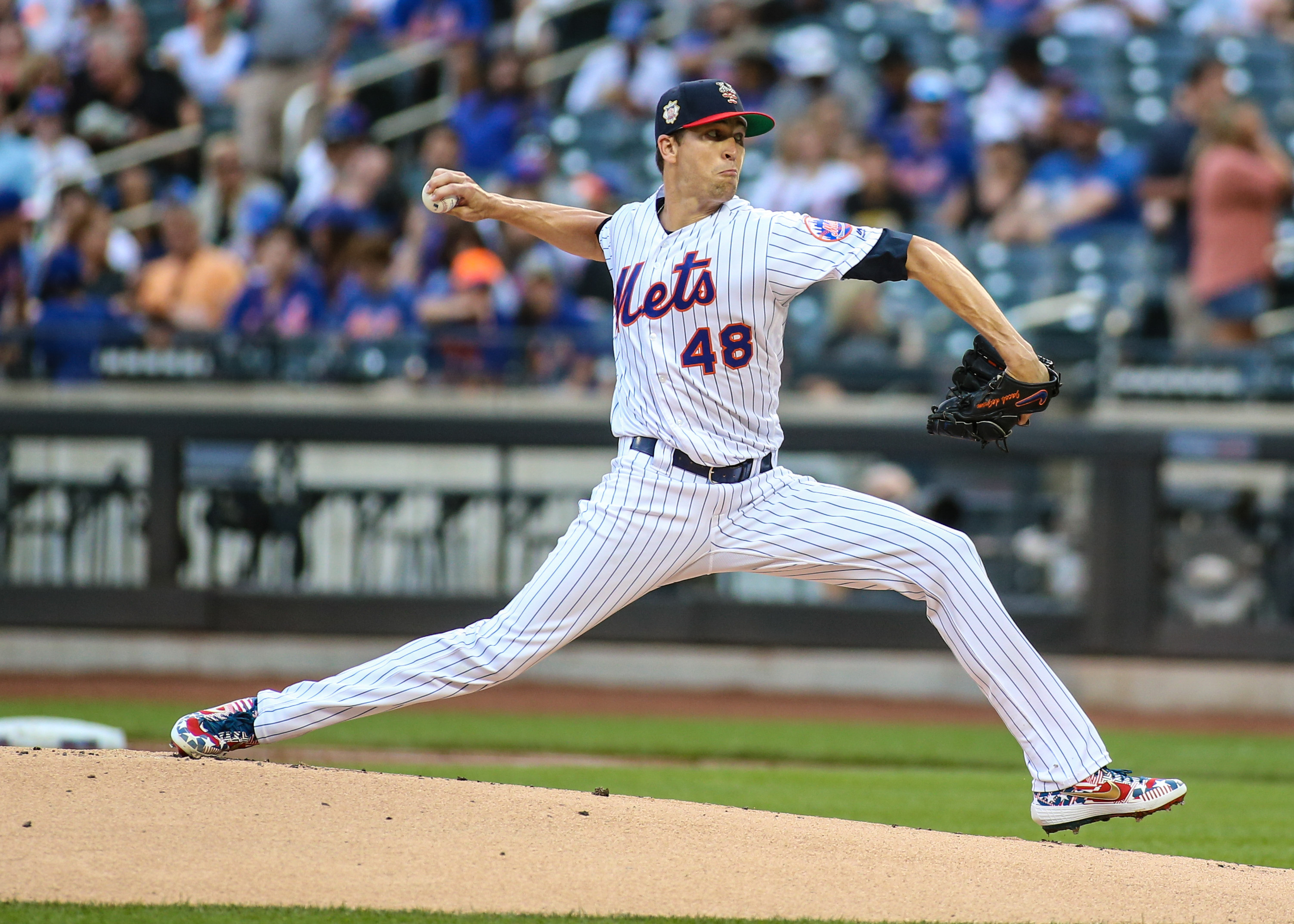 Heading into the 2019 season, hopes were high for the New York Mets. The team had undergone a bold offseason, swinging a big trade for Robinson Cano and Edwin Diaz as part of a series of moves designed to get the team back into contention. Those moves clearly didn’t work as planned, with the Mets flopping to a 40-50 record at the All Star Break. With a few more days before the start of the second half, now is a good time to look back at some of our preseason questions for the Mets and how they have answered them to date.

What will Jacob deGrom do for an encore?

What we said then: deGrom won’t duplicate his 2018 success, but the Mets would happily settle for a 2.50 ERA and about 6-7 more wins.

What actually happened: deGrom has been more human this year, but he still made the All Star team by pitching to a 3.27 ERA. The wins haven’t been coming, although that isn’t his fault.

How will Robinson Cano fare in his return to New York?

What actually happened: Not great. Cano has been pretty much an unmitigated disaster for the Mets, who still have to pay him $20 million a year through 2023.

Is Pete Alonso ready for the majors?

What we said then: Alonso earned his shot at the big league level with a strong spring, but maintain modest expectations because it’s tough for a rookie to adjust to big league pitching.

What actually happened: Alonso has been the most prolific Mets’ rookie ever, slugging 30 homers and driving in 68 runs in the first half. There’s also the fact that he just won the Home Run Derby on Monday, so that’s a win.

Can Michael Conforto put a full season together?

What we said then: Conforto has shown flashes of brilliance the past two years and if he stays healthy he can be among the Mets’ leaders in numerous offensive categories.

What actually happened: Conforto has been healthy this year and solidly productive (.244/16/44), but he has taken a secondary role behind guys like Alonso and Jeff McNeil.

Will the real Zack Wheeler please stand up?

What we said then: Wheeler’s strong second half in 2018 was encouraging, but the Mets need to see more to demonstrate that performance was the real deal.

What actually happened: Wheeler has been inconsistent once again, and with the Mets out of contention he is a mortal lock to get traded before the July 31 deadline.

How improved is the Mets’ bullpen?

What we said then: Adding a group of proven relievers like Edwin Diaz, Jeurys Familia, and Justin Wilson to guys like Robert Gsellman and Seth Lugo should lead to a vastly improved bullpen.

Can the Mets stay healthy?

What we said then: Keeping their key players healthy will be a key to the Mets having a good year.

What actually happened: The Mets have been remarkably healthy, especially compared to their crosstown rivals, but it hasn’t made a difference as the team’s wretched bullpen has doomed them.

How long a leash does Mickey Callaway have?

What we said then: Callaway will get the start of the year, but the addition of Jim Riggleman as bench coach should be a sign that he’ll get jettisoned when the going gets tough.

What actually happened: Despite the season going down the drain and the manager cursing out a reporter in the clubhouse, Callaway’s job appears to be iron clad safe through the season. This is possibly because Brodie Van Wagenen is actually managing the team from his sofa.

What we said then: Steven Matz needs to step up to give the Mets a dynamic fourth option behind deGrom, Wheeler, and Noah Syndergaard.

What actually happened: Matz got off to a quick start but struggled mightily in June, leading to a temporary demotion to the bullpen prior to the All Star Break.

Will the Mets make the playoffs?

What we said then: Assuming everyone stays healthy and the lineup produces, the Mets’ pitching staff should do enough to carry them to the playoffs.

What actually happened: The Mets stayed healthy and their lineup produced, but the pitching (particularly the bullpen) let them down on their way to a 40-50 first half. With only the Marlins having a worse record in the National League than the Mets, it’s safe to call the playoffs a pipe dream.