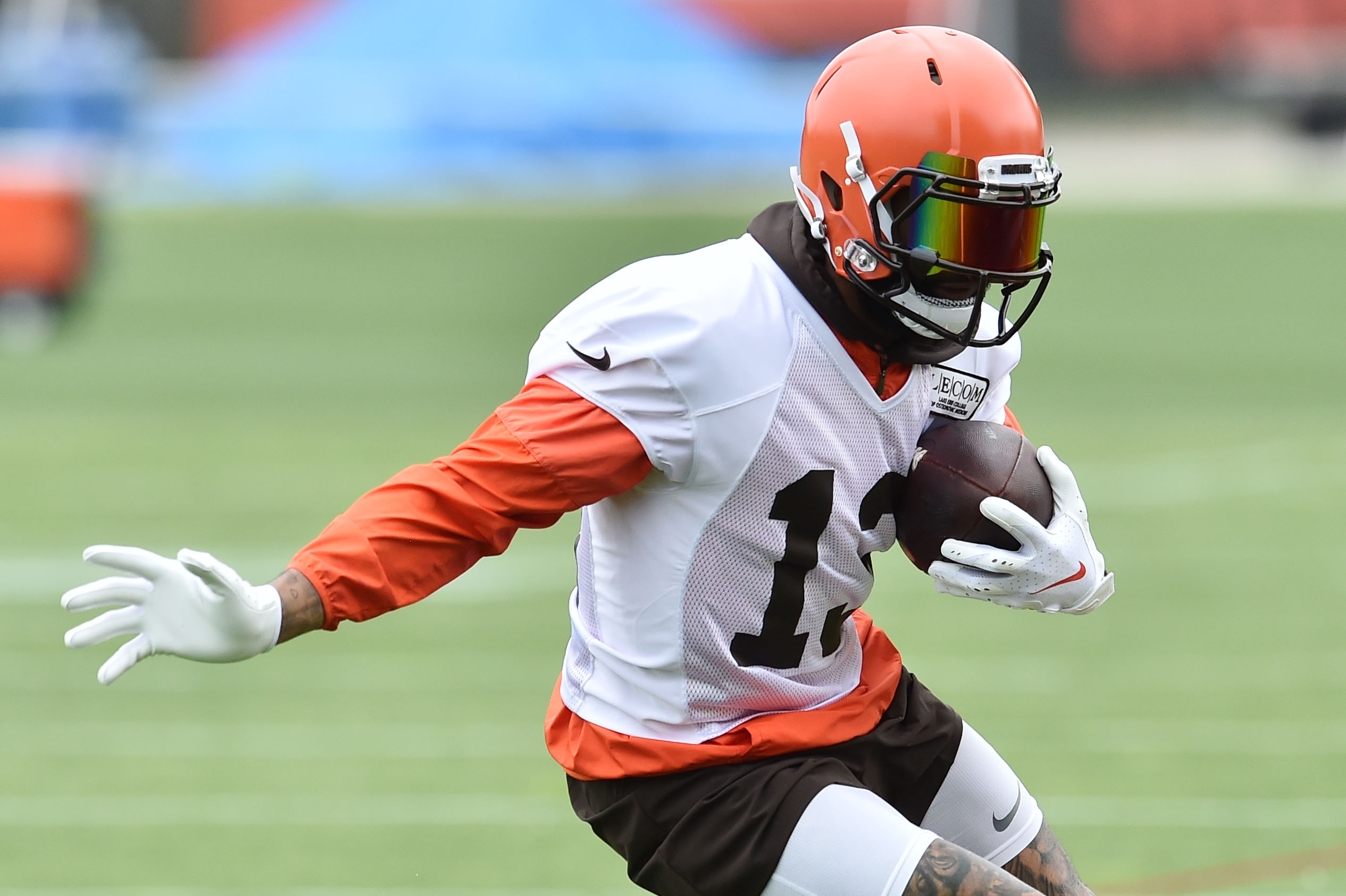 Browns receiver Odell Beckham Jr. is a generational talent, and he can not only haul in passes that are thrown away anywhere near his radius, but he can also hurl the football quite far as well.

We recently learned this after watching a video of him working out, which recently went viral. It showed OBJ casually throwing a football nearly the entire length of a football field, much to the amazement of those that were around him.

“That was the whole field!” one guy remarked.

“That was the whole field”