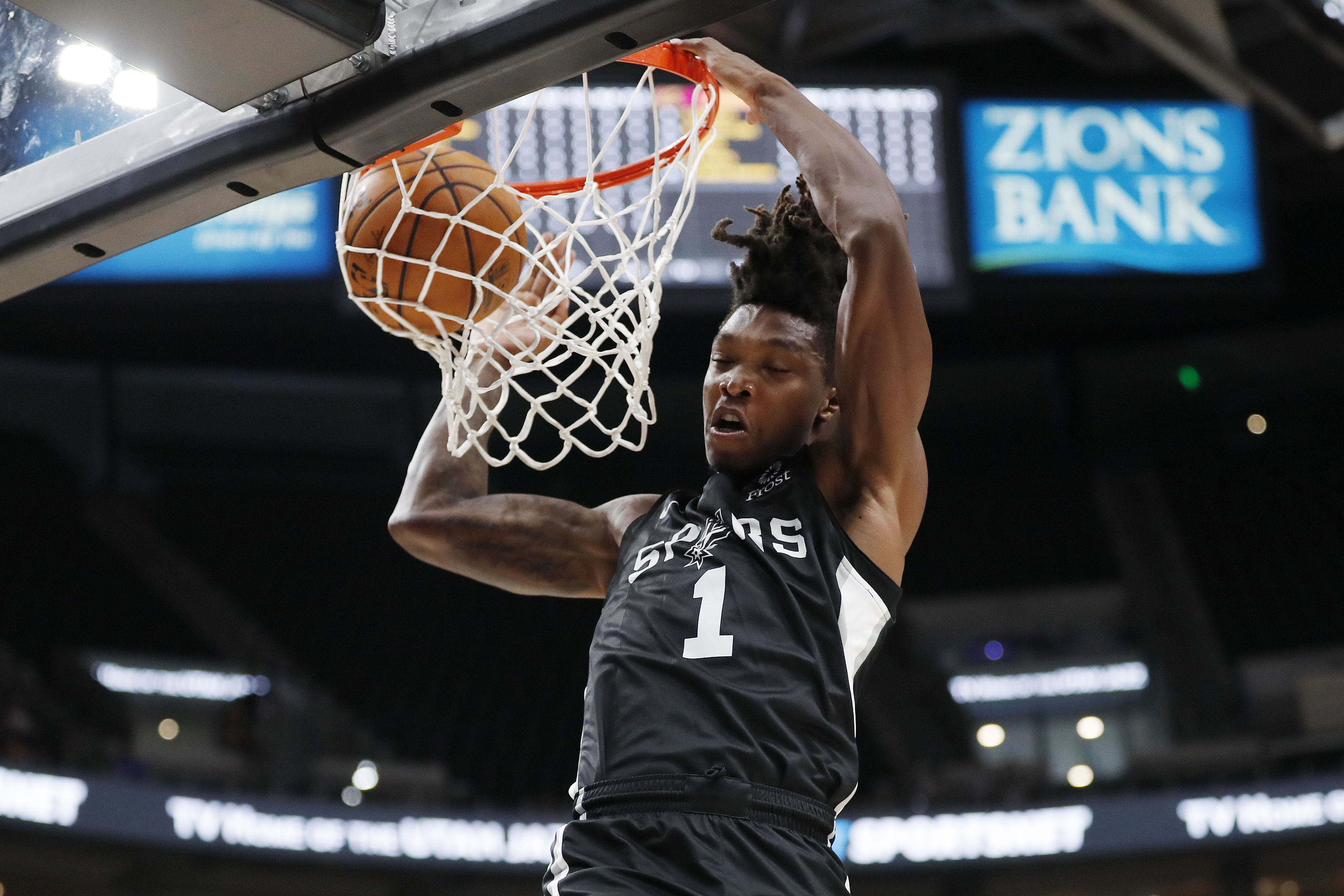 With the 2019 MGM Resorts NBA Summer League set to end next Monday, it is a great time to see how the local players are doing in Las Vegas, Nevada.

Each summer, we see an influx of basketball players, who either went to school in the Philadelphia area or grew up in the city or the surrounding suburbs, showcasing their talents in the NBA’s summer circuit.

This summer is no different as Philly is being well-represented throughout the association.

From DeAndre Hunter and Cam Reddish getting drafted by the Atlanta Hawks within the top-10, Villanova’s Eric Paschall being selected in the second round by the Golden State Warriors, and Philly native and former Shaw University standout Amir Hinton receiving an opportunity to play with the New York Knicks.

There have been so many storylines to try to pay attention to in the 2019 NBA Summer League. That being said, here’s a quick rundown of who has made a noticeable impact over the last couple of weeks.

After missing Atlanta’s first two summer league games with an injury, Brown officially made his debut earlier this week against the Indiana Pacers.

The former St. Joe’s standout, who was signed to a two-way contract after the NBA draft did not disappoint. He scored 18 points on 8-of-15 shooting from the field and grabbed three rebounds to help the Hawks secure their first summer league victory.

Charlie Brown Jr. getting 2 back to back buckets during his first run at Summer League with the Atlanta Hawks. pic.twitter.com/8KJcrrSwsR

Despite being on Atlanta’s roster, Brown will spend most of his time in the NBA G-League with the Erie Bayhawks next season.

Sticking with the Hawks, second-year guard and Philly native Tahjere McCall is making his presence felt at the Las Vegas Summer League.

In two games played, the former Engineering and Science HS standout is averaging 15.5 points, 7.0 rebounds, 3.0 steals and 2.5 assists in 31.5 minutes per game.

Simply put, McCall is stuffing the stat sheet, while also showing that he has an offensive game as well.

Before landing with the Hawks in the Summer League, the 6-foot-5 guard spent some time with the Long Island Nets in the NBA G-League and received a 10-day contract from the Brooklyn Nets this past season.

In the weeks leading up to the NBA draft, there was a lot of speculation on where Paschall could land. Many mock drafts had him being selected between the late first and early second round.

While he did not get drafted in the first round, the former Wildcat standout landed in a great spot with Golden State. In fact, we’ve seen how GS uses forwards with Paschall’s offensive skill set to fit their system over the last few years, see Draymond Green.

To follow-up that performance up at the California Classic, Paschall posted a stat line of 12 points, five rebounds, and four assists against the Charlotte Hornets in his lone outing at the Las Vegas Summer League.

The former Friends Central standout and McDonald’s All-American continues to make his case on why he should be a part of the Magic’s 15-man roster.

In four games at the Las Vegas Summer League, Jefferson is almost averaging a double-double consisting of 15.8 points and 9.0 rebounds in 24.5 minutes per game.

This past season, the 6-foot-9 forward spent time with both Orlando and the Lakeland Magic (G-League affiliate) as he was one of their two-way players.

With Lakeland, Jefferson averaged another a double-double, this time consisting of 18.0 points and 11.3 rebounds per game. That being said, it appears as if the former Duke Blue Devil is ready to be a larger role.

Last but not least, Walker has put on a show in both the Salt Lake City and Las Vegas Summer Leagues, which is good news for the Spurs.

When you are a second-year player like Walker, you want to see him dominate the competition and exude confidence on the basketball court. The former Reading High School star is doing both of those things.

In two games at the Salt Lake City Summer League, the former first-round pick averaged 19.5 points and 7.5 rebounds in 29.5 minutes per game. He also shot 51.7-percent from the field, which was a vast improvement from last summer — 28.6-percent.

However, at the Las Vegas Summer League, Walker is averaging 30.0 points and 4.0 rebounds per game through two games. He is also shooting 57.5-percent from the field and 42.9-percent from three-point range on 3.5 attempts per game.

After missing a majority of his rookie season due to a torn meniscus in his right knee, Walker could be poised for a breakout second season.