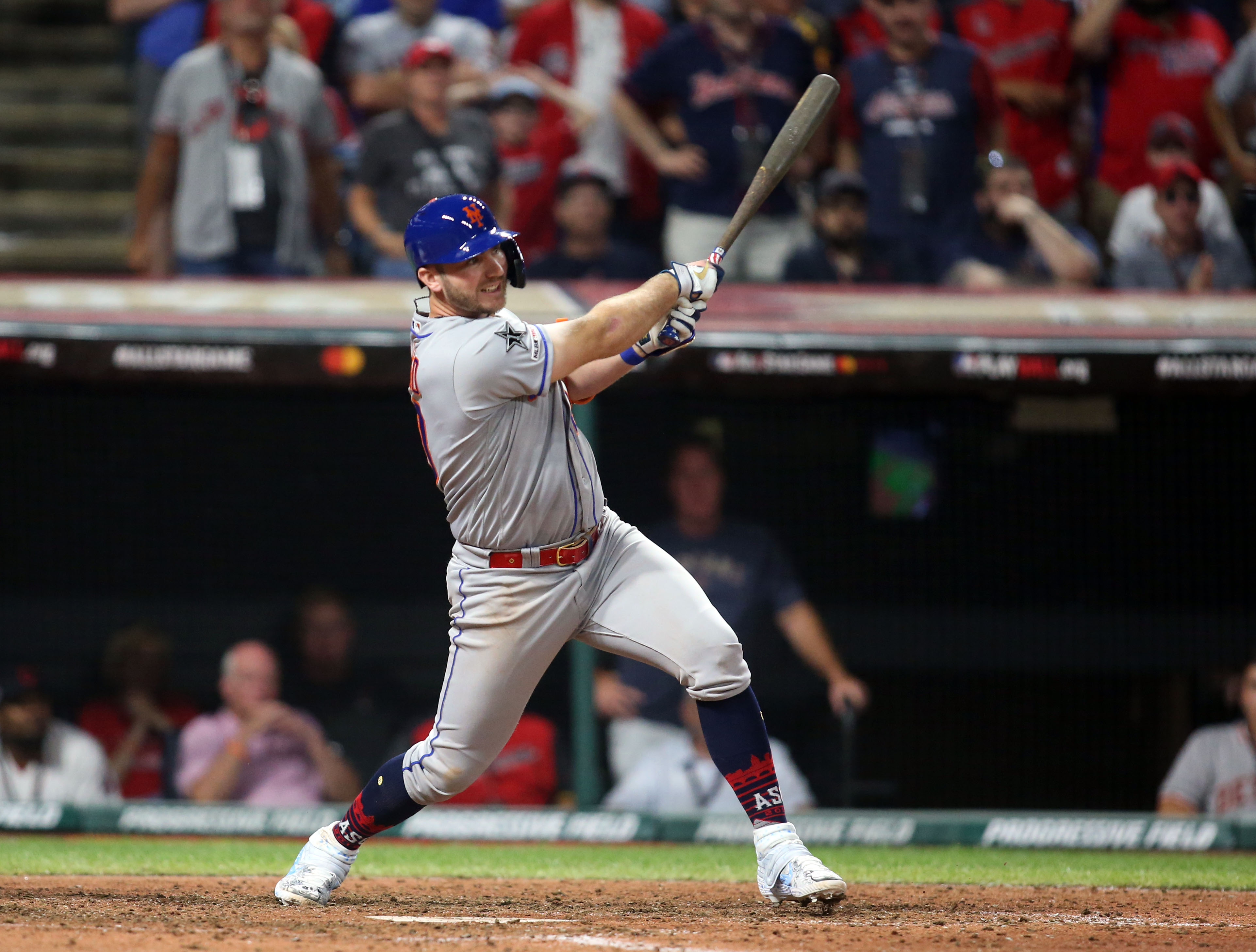 The New York Mets are off to another disappointing season, going 40-50, but there have been a few bright spots. Jeff McNeil is on pace to win the batting title, hitting .349 in the first half, and Jacob deGrom is having another strong season. There is no question, however, that the Mets’ most valuable player so far this season has been their star rookie first baseman, Pete Alonso.

The numbers speak for themselves with Alonso, who is on pace to have one of the best offensive seasons in franchise history. Alonso already leads the team in home runs (30) and RBI’s (68), with the home run figure already shattering Darryl Strawberry’s franchise record for most long balls by a rookie. The Mets’ single season home run record, which has been held by Carlos Beltran and Todd Hundley with 41, is likely going to fall by the end of August at the rate Alonso is going.

Alonso, who added Home Run Derby champion to his list of accomplishments on Monday, is also the first Met since Lee Mazzilli to drive in multiple runs during an All Star Game. The Mets have also seen Alonso deliver a ton of big hits and clutch home runs, something that should serve him well as one of the new faces of this franchise. It’s hard to believe that the Mets didn’t feel he was ready for a big league call up a year ago, but now Alonso is the most indispensable hitter in this franchise.