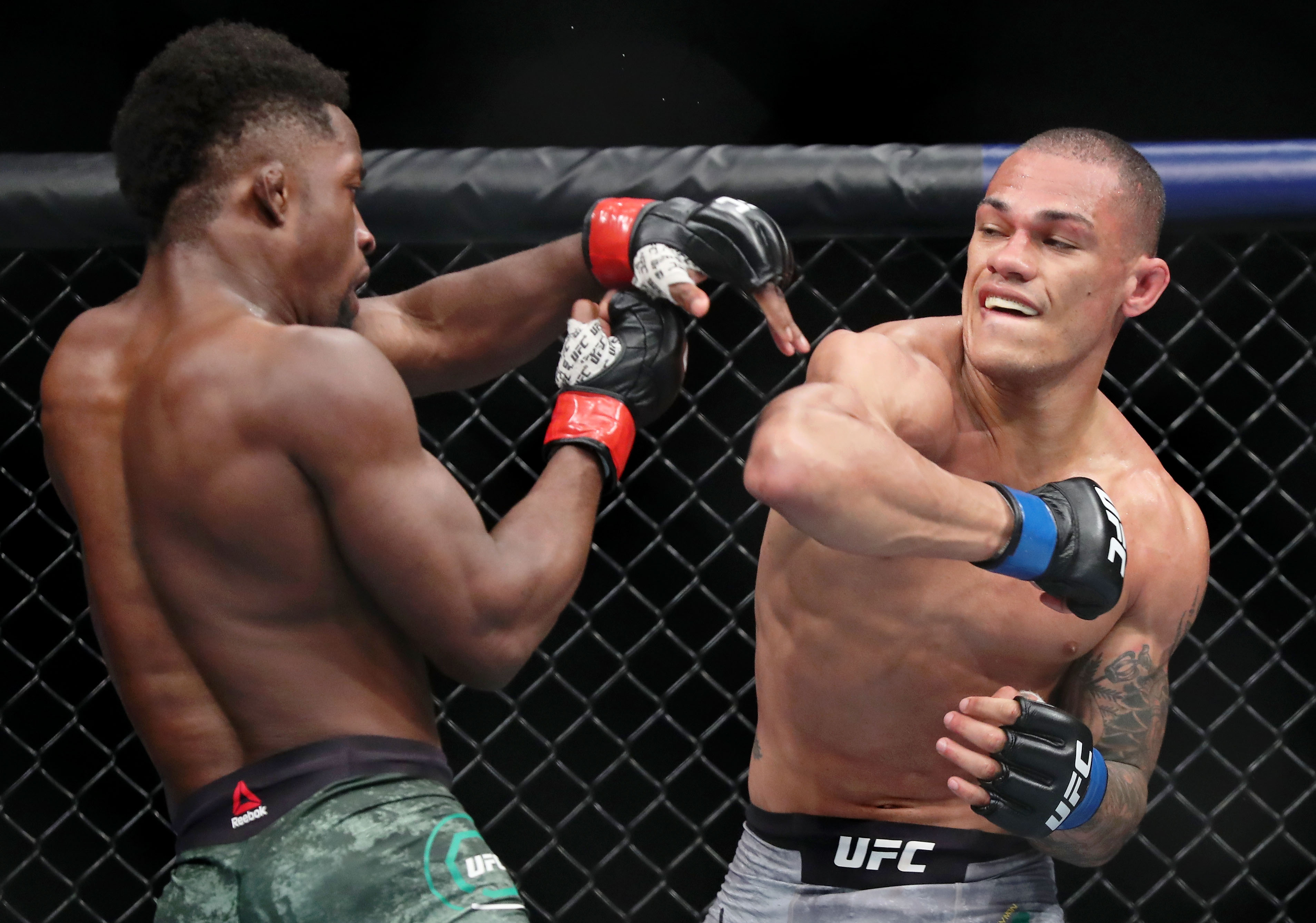 There’s lots of local love when the UFC comes to the backyard of Team Alpha Male – plenty of fighters on the card, including some in big fights on the main card. However, we’re going with an Alpha Male opponent here.

The striking of Moraes is what sticks out first and foremost. He is quick and powerful in his strikes, especially with his traditional style Muay Thai knees and elbows. While he only has a few finishes from these methods, it’s a real difference maker in how it affects the opponents. The cardio loss has been noticeable in his opponents when he works those knees to the body. They also deter takedowns – as he’s stuffing the shot, he loves to punish his opponents with those same knees.

2-2 is a fairly pedestrian record in the UFC. Similarly, he was 3-1 in WSOF with a title fight loss. However, let’s take a look at who those three losses were against though. The WSOF loss was to eventually UFC title challenger Marlon Moraes. Then he goes on to lose his UFC debut to Zabit Magomedsharipov and later to Sodiq Yusuff. The resume of losses is nothing to be concerned about when looking at the trajectory of Moraes’s career here.

Andre Fili has long relied on his takedown game. Even though he didn’t need them last time out against Myles Jury, he likes to use them to lean decisions in his favor. But as mentioned above, Moraes is great at using his traditional Muay Thai stance to keep distance and punish those who shoot takedown attempts. He was able to stuff four of five shots by Julio Arce, which should be enough to show he can keep this one on the feet too. And on the feet, he has a real advantage.