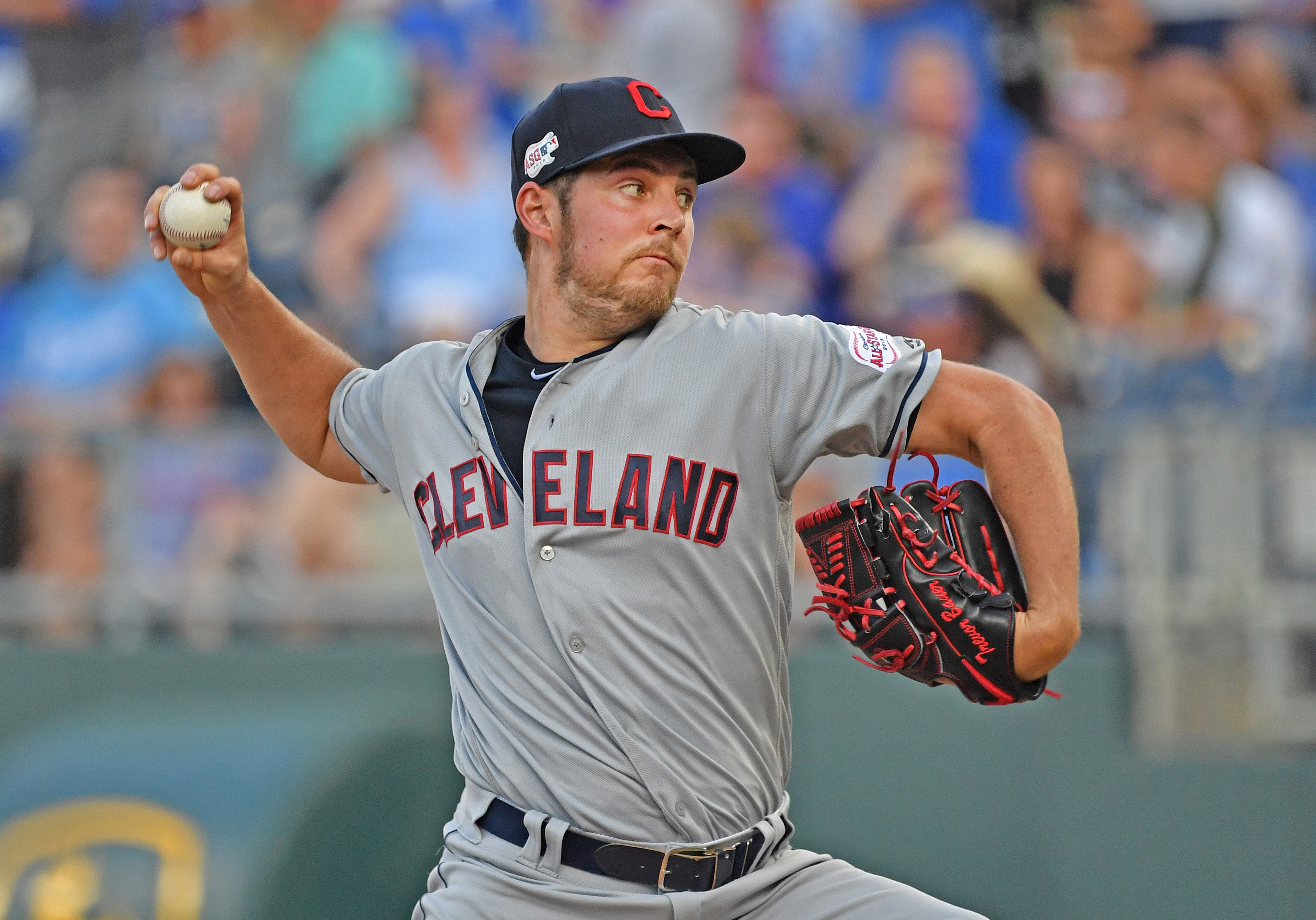 The pitching staff of the 2018 Phillies was a big strength. That was especially true in the first half of the season in which they looked like a playoff contender. Led by National League Cy Young finalist Aaron Nola, the starting rotation was deemed good enough to not be the focus of the Phillies bold offseason. The pitching staff of Nola, Jake Arrieta, Nick Pivetta, Zach Eflin, and Vince Velasquez was never projected to be great, but those five plus the depth they clearly had in the minors, including Jerad Eickhoff, should have been enough to keep them afloat for the new and deep lineup to win them some games.

While they did win games (at the All-Star Break the team sits in a playoff position), the pitching staff has largely disappointed. Nola was not himself to start the season, although he has bounced back in impressive fashion with a 2.84 ERA after his first 4 starts. Zach Eflin is the only other pitcher arguably having a solid season in comparison to expectations. But a rising ERA in the past couple months grouped with a 4.77 xFIP and a 5.07 DRA makes it clear even he isn’t more than a #4 in a rotation, and he isn’t somebody you feel good about putting on the mound in a playoff game, at least not right now.

Jake Arrieta once again failed to pitch as he did in his prime years, and while some decline was expected, Arrieta has performed even worse, with an ERA well over 6 in his past 7 starts. Those struggles are partly as a result of a bone spur in his elbow that Arrieta is attempting to pitch through, and while it’s a fair argument to say a minor league arm is a better option now and he should get surgery, the team didn’t feel confident enough in anyone to make a switch. It’s not all that easy too, especially when they are already looking for ways to improve upon Vince Velasquez and Nick Pivetta in the back of the rotation. Velasquez isn’t having a much worse season than years past, but once again has shown no major improvements, and was moved to the bullpen for a while when Eickhoff was healthy. The team doesn’t seem to view him as a long-term or reliable option, at least not in his current role. Pivetta may be the biggest disappointment, as he was a popular breakout pick, with some people even labeling him as a dark horse Cy Young candidate. His underlying stats in 2018 suggested that was very much possible, and he still has the potential to have a breakout season in the future, but he wouldn’t be trusted with a 5.84 ERA and 4.60 xFIP in a game in October.

All five of them have a shot to be a part of the future rotation. Obviously, Nola has earned his spot now, but Eflin, Velasquez, and Pivetta are still all young and have shown flashes, while Arrieta could bounce back when healthy, assuming he opts into his player option for 2020. But if the team has any more hope for the World Series in 2019, they will look towards pausing a couple pitcher’s development in order to make a short-term improvement. Maybe if they have been completely turned away from Velasquez’s or Arrieta’s future chances with the team, they even swing a deal this deadline for a player with more team control.

There are a little under three weeks until the trade deadline, so nobody is rushing to sell off quite yet, but soon enough the rumors about who the Phillies are interested in will spread, and the news will be more about what prospects they could give up for Bumgarner rather than how they played the night before. The starting pitcher trade market isn’t particularly strong this July, but there are several options the Phillies could look to acquire.

It’s not entirely clear whether either of these controllable pitchers will be traded, especially since the Indians are in Wild Card contention right now. But these two trade targets are grouped together because they will demand a very high prospect return, one that the Phillies likely won’t be able to afford.

Bauer is one of the most controversial, and also one of the most well-known pitchers out there. Using his unique and advanced approach to the game of baseball and development (there’s quite a lot to unpack there, but I’ll just call it unique and advanced), Bauer had a career year in 2018, posting a 2.21 ERA with a 3.14 xFIP. While this season has been worse by about a run in both stats, his strikeout rate is still very high, he would still be considered a top of the rotation pitcher, and he’s doing all of that while pitching 6.6 innings per start this season.

Boyd, on the other hand, is having his career season as you read this. At one point he looked like the Cy Young favorite, and while he has dropped off, his season numbers are still very impressive. Even since the beginning of June, while Boyd has had an ERA of 6.03, his xFIP is an extremely impressive 2.72 and his K/9 is over 14. A slight mix in his usage of pitches has led to more first-pitch strikes, more whiffs, and fewer walks. Both Bauer and Boyd could be looked at more in-depth, but it probably isn’t worth the Phillies time.

Boyd is a recent breakout pitcher, and even without the track record, the rumors point toward the Tigers asking for Houston’s Kyle Tucker, who is typically believed to be a better prospect than anyone the Phillies have. The Indians would likely need to be wowed as well for someone like Bauer. Sixto Sanchez was their top trade piece, and they already spent him on their All-Star JT Realmuto. Now Alec Bohm is their clear top prospect, recently ranked 41st in baseball by Baseball Prospectus and 38th by MLB.com. While he is a decent trade piece and someone to watch for the future, the team would have to pair him with another top prospect in order to have even an outside shot at a true ace of a rotation, especially a controllable one, and there’s not a clear other consensus top prospect in the Phillies farm system.

Is it possible that either of these two end up in the Phillies uniform? Technically, but it could take trading a major leaguer to match the value, and there is nobody quite valuable that would mean more to a team like the Tigers or Indians than the Phillies. Sure, Cesar Hernandez is always in trade rumors, but even with Scott Kingery on-hand, the Phillies would get a lot more out of him that Detroit, so a pairing between the two teams doesn’t exactly make sense.