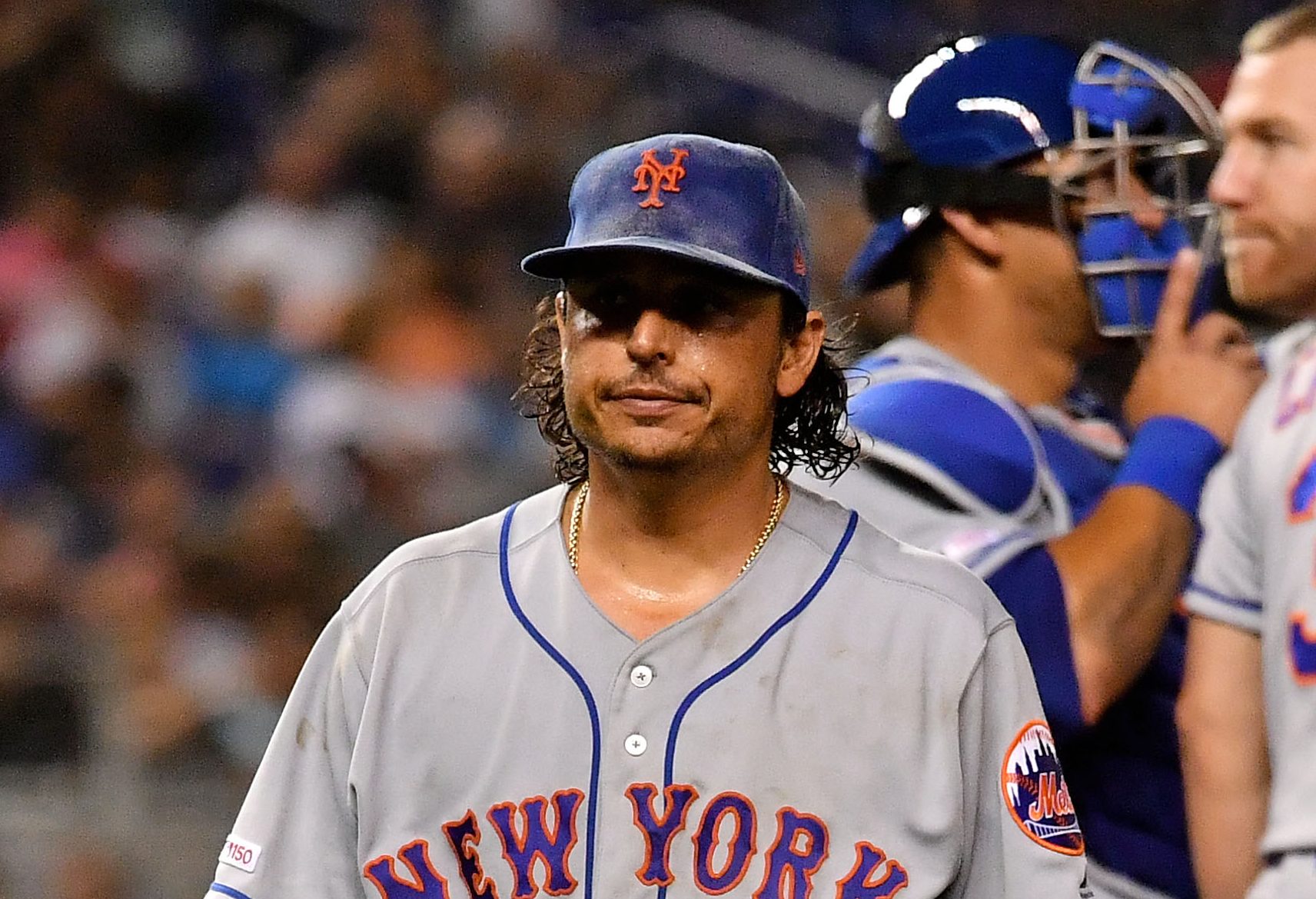 As if the apathy wasn’t already washing over me for the second half of the 2019 season, GM Brodie Von Monorail held a “State of the Mets” newser before tonight’s game in Miami because all of the scribes were wondering where he’s been. (Turns out he’s been at folding chair conventions studying aerodynamics.) He mentioned that the Mets needed to get better up the middle (rich coming from a guy who traded for Robinson Cano and acquired 17 center fielders), and that Jeff Wilpon isn’t pulling the strings, though they take all of their recommendations to him. (Okay.) He also said that Mickey Callaway would survive the season, which we pretty much all expected after he wasn’t fired after he called a reporter a motherf***er. But the marketing slogan for the rest of the season is this gold:

Brodie Van Wagenen on July 12: "I wasn't shy in the offseason, but they came and got us. Now we view ourselves as the underdogs. In the second half of the year I think we have low expectations for what we can be."

“Low expectations for what we can be.” It belongs on a $35 t-shirt. Yet somehow, the Mets didn’t even hit that bar tonight.

The Mets actually had a 2-0 lead thanks to a two run single by Wilson Ramos in the third. But then in the bottom of the third, Jason Vargas had a bizarre sequence with runners on first and third where he threw over to first base six times to keep immortal baserunner Caleb Smith (the pitcher!) close. He was hoping to set up the double play by keeping Smith close? I guess? In true 2019 Mets fashion, the galaxy brain strategy was blown to bits when Curtis Granderson hit a two run HR to render all of that nonsense useless.

Then, three pitches later, Vargas gave up a moonshot to Garrett Cooper which made it 4-2 and basically told you that this night was better spent crocheting hats with ears on them. Vargas when went into some ritual where he covered his hat with enough rosin to change the color of it enough so that he can pretend he’s on another team. Soon enough Jason … soon enough.

Vargas gave up six runs in his five innings of work, while the bullpen did what the bullpen does. The Mets are now just five games ahead of the Marlins after an 8-4 loss, made cosmetically better by Todd Frazier’s two run home run in the ninth (at least somebody is working hard to keep his trade value respectable). Mickey Callaway said this after the game:

"It's not fun to lose the first game back, but it's just one game"

Mickey Callaway is ready to turn the page after a disappointing night pic.twitter.com/Iwkf3d8gBC

Just one game. So we’re just going to forget those first 90, right? Or the 162 before that?

Yup, we have low expectations that we have to jump to reach. That’s going to be the rest of our season, folks. Even a fool learns that love don’t love nobody. At least love doesn’t love us.