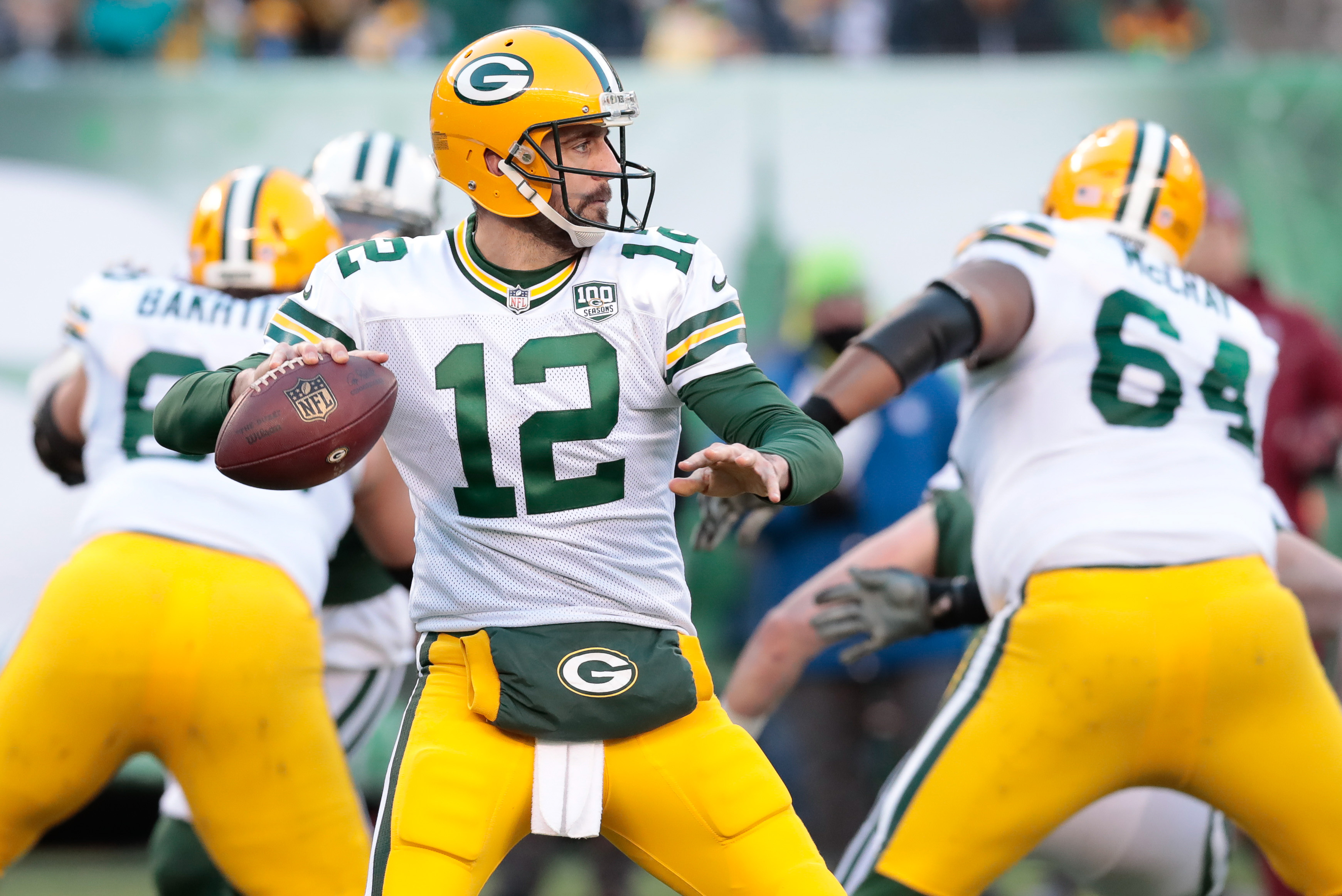 The Green Bay Packers hope to have a healthy Aaron Rodgers back under center this season. In 2018, Rodgers was injured in Week 1 and it affected his play for a good portion of the campaign. The result was a below par year for Rodgers who recorded fewer touchdown passes in a full season than any year since he took over the starting job in 2008.

Rookie head coach Matt LaFleur is introducing a new offensive system to the team. How quickly Rodgers and the rest of the offense adjust to it will be a key to LaFleur’s first season in Green Bay. There are also questions what kind of relationship Rodgers will have with his new coach. His working relationship with Mike McCarthy was clearly a problem last season as Rodgers appeared to lose confidence in the system and his coach’s play-calling ability. The Pack needs to change this in 2019.

Here is an in-depth look at the Packers quarterback position as they head into training camp:

Rodgers remains one of the best in the game. Few players in the history of the sport are better at extending plays and making something out of nothing than Rodgers. He has great football intelligence, the arm strength to make all the throws in the playbook and can still avoid oncoming pass rushers even at the age of 35.

A flurry of articles during the offseason discussed the past problems between Rodgers and McCarthy so the quarterback has extra incentive to make his relationship with LaFleur work well so he can dispel rumors he is a “coach killer.”

Rodgers will be learning a new offense for the first time since becoming the team’s starter. He needs to pick it up quickly in order to get the offense and the season off to a good start.

Even though he played hurt last season, Rodgers still made the Pro Bowl. He only threw two interceptions all season in 597 attempts and had a quarterback rating of 97.6. That’s an off season for Rodgers but most quarterbacks would be more than happy with those numbers.

Keeping Rodgers healthy is one big key to the Packers season. He has been injured the last two seasons and a return to health by Rodgers should mean a return to contention for the Packers.

Rodgers remains one of the best in the game and is a sure-fire future Hall of Famer. The Packers understand he has a window of a few more years before his skills start to erode and they want to get back to the Super Bowl while Rodgers is still one of the game’s best.

Kizer starts his second season in Green Bay as Rodgers’ understudy. Last year, he faced several challenges including learning a new offense, getting used to new teammates and altering his throwing motion and mechanics.

On the field, the results were not promising. Kizer played quarterback for parts of two games for the Packers and completed only 47.6 percent of his passes while throwing no touchdowns and two interceptions.

The bigger issue was the Kizer didn’t look any more ready to start in the season finale against Detroit than he did in the season opener against Chicago. This season, the Notre dame alum will have to learn his third new offense in as many NFL seasons.

It’s hard to believe Kizer is still only 23 years old. He has the arm strength and mobility you like in a quarterback. He can make some very impressive plays, but he lacks the consistency you need in a starting quarterback. Too often, he will make a throw that leaves coaches and fans alike scratching their heads and that often leads to turnovers.

Kizer needs to take a leap forward this year and prove he would be a capable backup for the Packers. As of now, the fact remains that if Rodgers were to go down with an injury, the drop off in quarterback play would likely be too great for the Packers to salvage their season.

Boyle had a solid preseason last year and earned his way onto the roster. He is the favorite to remain on the team if LaFleur opts to keep three quarterbacks. Boyle has a strong arm but needs to improve his accuracy which was not even that great at Eastern Kentucky. At this stage in his career, he is a developmental quarterback and could not be relied upon to carry an offense for a long stretch during the regular season.

The Packers signed Wilkins as an undrafted free agent this summer. He was a three-year starter at Arizona State who finished 2018 with 20 touchdowns and just six interceptions. Wilkins had back-to-back 3,000-yard passing seasons for the Sun Devils. At 6’2”, he is considered a tad undersized for a quarterback by traditional NFL standards. A strong preseason will likely land Wilkins on the practice squad. If injuries strike, he may find himself as the team’s third quarterback.

If Rodgers stays healthy this year, the Packers should be among the league’s elite at the quarterback position. How quickly he picks up the new offense will go a long way towards determining how good a season both Rodgers and the team will have in 2019.

If Rodgers gets hurt, the Pack faces some major questions. Whether Kizer can step up and answer those questions will go a long way towards determining what kind of career he will have in the NFL.

Overall, this is a position of strength so long as Rodgers is healthy and happy.