Your Morning Dump... Where the Thunder drafted three MVPs and have nothing to show for it 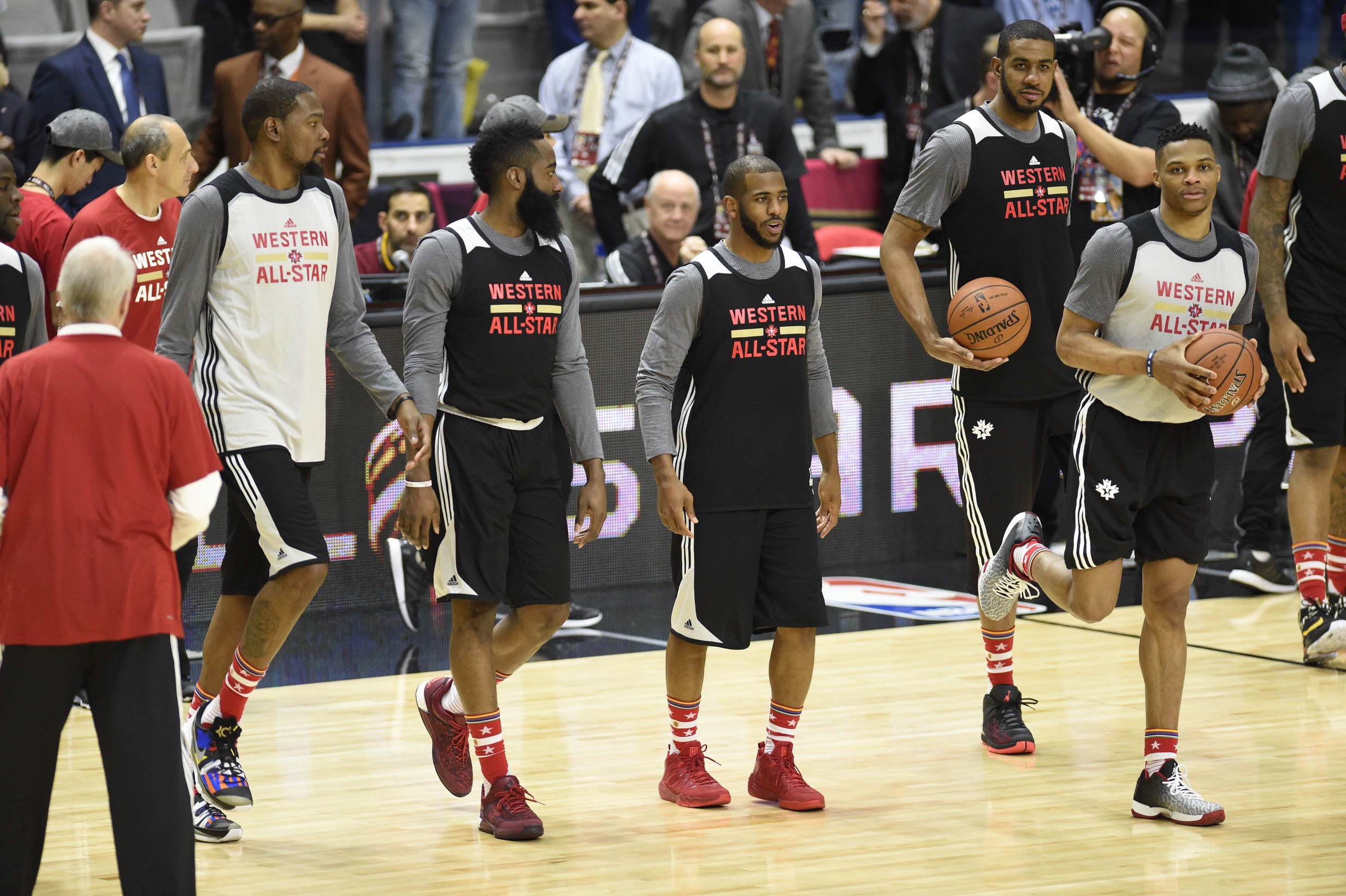 Your Morning Dump... Where the Thunder drafted three MVPs and have nothing to show for it

The Oklahoma City Thunder have agreed to trade Russell Westbrook to the Houston Rockets for Chris Paul, first-round picks in 2024 and 2026, pick swaps in 2021 and 2025, league sources tell ESPN.

I know that we, as Celtics fans, have spent the first half of the summer moping around about the disappointing way the season ended and the departure of Al Horford. However, the team’s summer league play has been fun, and I remain convinced that we, as fans, are collectively selling the team’s prospects for the 2019 season short.

And, to put a finer point on it, at least we’re not Thunder fans.

Sam Presti drafted, in successive years, Kevin Durant, Russell Westbrook and James Harden. If there was ever a posterchild for the notion that tanking works, it was Presti’s Thunder.

A dozen years after they tanked for Durant, where are their picks? Durant’s rehabbing in Brooklyn, and Harden and Westbrook are in Houston. Sam Presti drafted three MVPs in a row, and the team was only able to produce one (rather pathetic) Finals appearance out of all that talent.

It has become a commonplace to say that this is a ‘star driven league’, and that you can’t win championships without stars.

The Thunder are a reminder that you need more than just stars to win titles.

This league has always had more stars than contenders, and it always will.

The Thunder’s ownership has been too cheap to pay the luxury tax, and the team’s choice of coaches has been less than inspired as well. It’s difficult to assess the role that Presti has played in OKC’s underachievements. Certainly, he can’t exceed the budget he’s been given, but at the same time, he probably stuck with Scotty Brooks longer than he should have, and the decision to hire Billy Donovan felt a lot like a ‘me-too’ move after seeing the Celtics exceed expectations with Brad Stevens.

And then there’s the character of the players he drafted.

Durant, Westbrook, and Harden have all developed reputations for being prickly and difficult to get along with, and, again it’s difficult to say how much of that baggage they brought into the league and how much of it was acquired playing for the Thunder.

In light of the Celtics’ winter of discontent, it’s worth asking whether a team built around, say, Kevin Durant, Eric Gordon and Steph Curry (both available when OKC drafted Westbrook and Harden) would have had better chemistry and might have accomplished more? In a vacuum, Kyrie Irving may be a better player than Kemba Walker, but on the Celtics, Walker may prove to be the better player.

Page 2: Where we continue to be excited by the Summer Celtics

The Celtics have been running offense through Williams in the high post to get him used running dribble hand offs and pick-and-rolls. The obvious goal is to get him rolling to the rim to take advantage of his freak athleticism.

While we’re all excited about the Celtics winning games–and winning them with relative ease (and let’s be honest, this is probably leftover excitement that we didn’t use up during the regular season), John’s got a reminder that the Summer League is all about player development.

The Celtics need Robert Williams to be enough of a threat inside to keep defenses honest, and they need him to have as much of that ability developed by the start of the season as possible.

Williams’ athleticism alone isn’t sufficient to keep defenses from cheating off him. He has to demonstrate an ability to handle the ball successfully (even if only, at first, against the other team’s bench squad). A generally underappreciated aspect of Al Horford’s game was his ability to make defenses pay for helping on drives. Horford was not a volume scorer, but he was a threat to score from anywhere and he could handle the ball well.

A player who is only a threat to catch-and-dunk, one who can’t put the ball on the floor or pass, can be relatively easily neutralized by cutting off the passing lane while helping off him. A post defender can cheat off a one-dimensional post scorer and close out on a driving guard, simultaneously making the guard’s shot more difficult and making it difficult for the guard to pass the ball into the low post.

However, if your center (or PF) can catch a pass in space and keep the offensive set going, his defender is kept more honest than he would be if he was guarding a player who can only finish possessions*, and that opens up the rest of the floor, especially the lane. A mobile low post player has to be taken into account when helping on drives, and that extra split second of hesitation as the post defender checks on the offensive player opens up valuable inches that can be the difference between a make and a miss or a block and a foul.

Williams, in his second year, is not going to be near the caliber of player that Horford was in year twelve, but he can be a key contributor by improving his ball-handling skills and his range.

*Of course, if you’re Kevin McHale, and you are one of the best post finishers the game’s ever seen, things are a bit different.

Grayson Allen was ejected after a flagrant foul for taking a swipe at Grant Williams. Allen was also called for a technical foul earlier in the game.#NBASummer pic.twitter.com/H87mCHAyzk

Getting called for a flagrant foul during a Summer League game, as Tom Westerholm points out, is certainly on-brand for a guy who is so dirty he almost cracks the top five list of most hated Duke players ever.