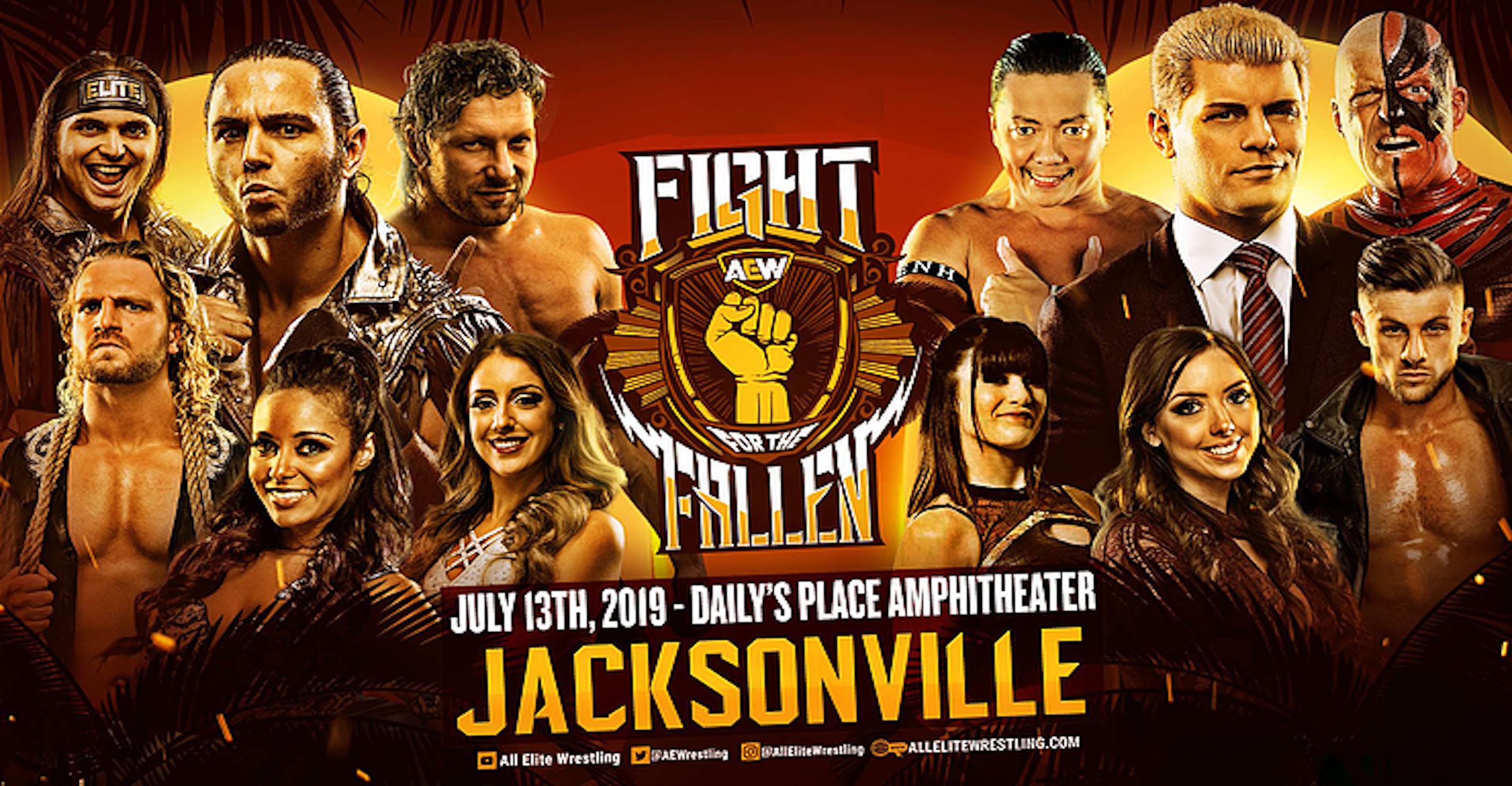 AEW’s latest event is now in the books with Fight for the Fallen. The July 13 extravaganza saw the new pro wrestling company deliver an action-packed card live from Jacksonville, Florida.

This was the third event for AEW and featured most of the company’s top stars. That list includes Hangman Page, as well as Maxwell Jacob Friedman and SoCal Uncensored.

How is @KennyOmegamanX still moving 🤭

But it’s the main event match that has everyone talking and that match spotlighted AEW’s founders.

The Buy In Preshow:

The Dark Order defeated Jungle Boy and Luchasaurus, Jack Evans and Angelico, winning a chance at a first round bye in the AEW Tag Team Championship tournament

Conspicuous by his absence was Jon Moxley, who is currently busy with the G1 Climax Tournament in New Japan Pro Wrestling. But Moxley’s AEW rival Kenny Omega was definitely on his game, as The Cleaner put on a great match with CIMA.

Cody and Dustin Rhodes joined forces as The Brotherhood for the first time since both men worked together in WWE, against The Young Bucks. The match was a clash of styles, as The Bucks utilized what Cody referred to as the “west coast offense,” while he and Dustin went old school during the bout.

Chris Jericho made an impact on the night when he attacked Hangman Page after Page’s match with Kip Sabian. Jericho and Page will battle for the right to wear the AEW Championship, which will be decided at All Out on August 31.

AEW donated all of the event’s gate to the victims of gun violence in Jacksonville. The check, which totaled $150,000, was presented by Cody and crew at the end of Fight For the Fallen.