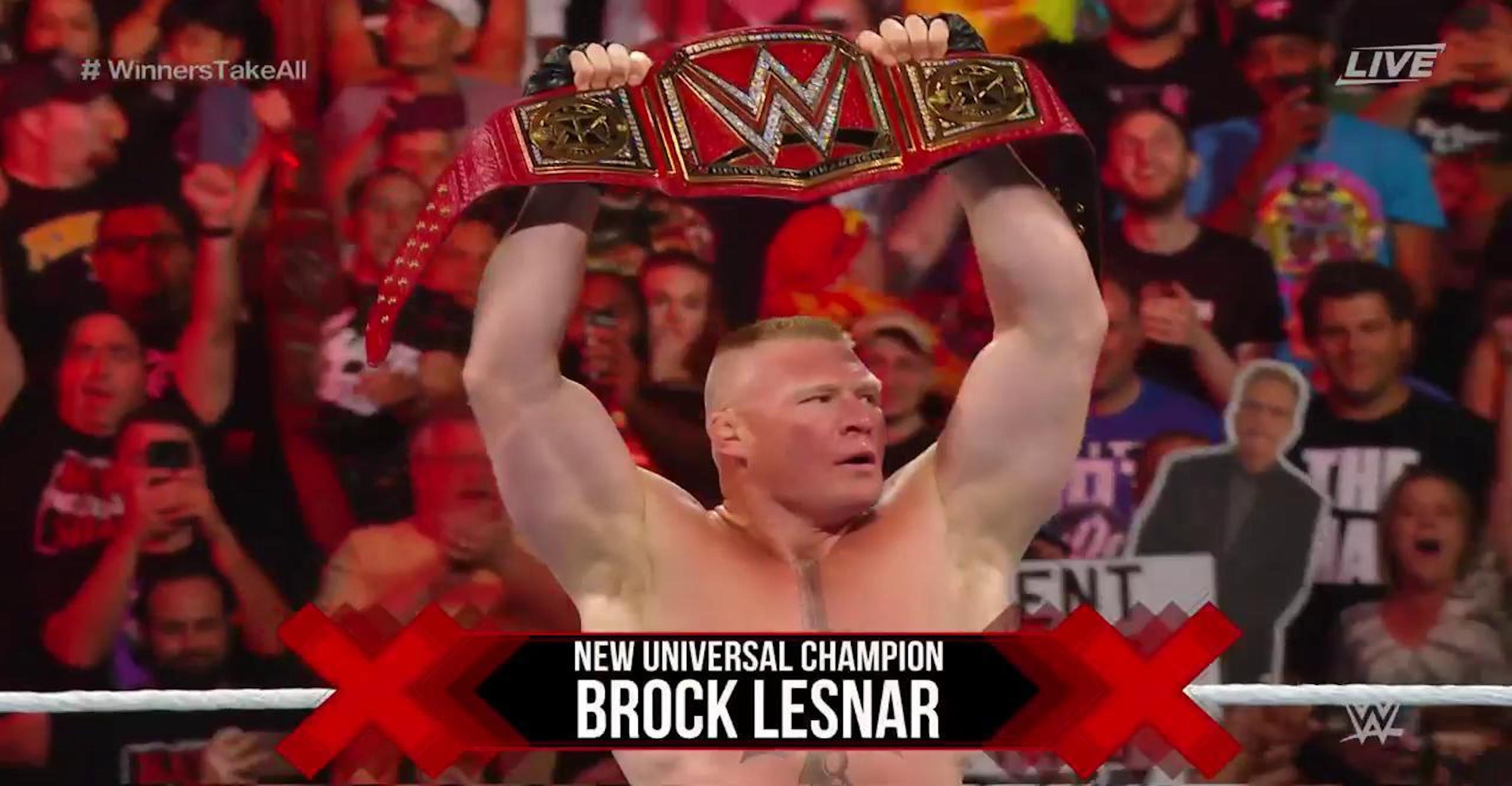 Brock Lesnar cashed in his Money in the Bank briefcase against Seth Rollins to become the new WWE Universal champion. The victory came on Sunday, July 14 at Extreme Rules.

Lesnar’s advocate Paul Heyman came out earlier in the night and warned the Philadelphia crowd that the cash-in was indeed coming. Of course Heyman had promised the move before, so fans were unsure of what to believe.

But The Beast Incarnate indeed made good on Heyman’s promise. now Brock is the Universal champion for the third time. While the audience was excited for Lesnar’s appearance, the mood seemed to change after Brock pinned Rollins for the title.

Rollins had just pinned Baron Corbin in the Mixed Tag Team Match that saw Seth teaming with Becky Lynch against Baron and Lacey Evans. Both the Universal title and Lynch’s Raw Women’s title were on the line in the Winner Take All Match, which perhaps ended the feud between Corbin and Rollins.