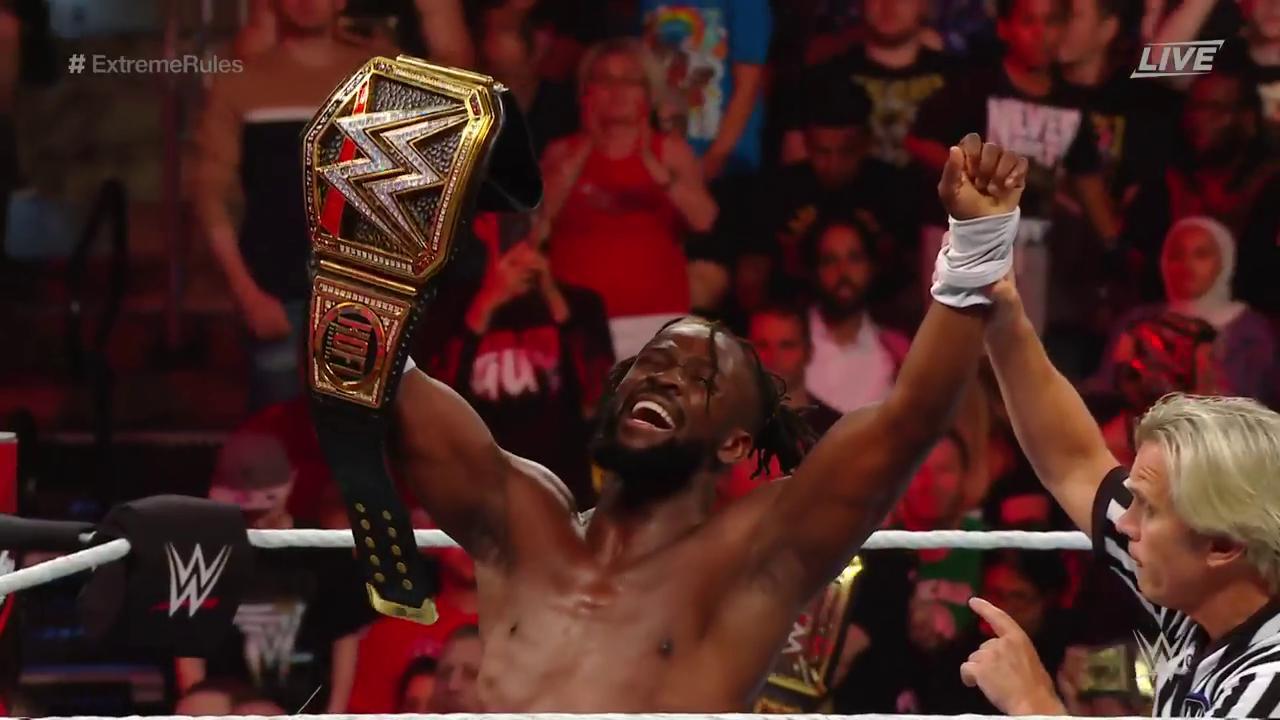 Kofi Kingston successfully defended the WWE Championship at Extreme Rules on Sunday, July 14. The win came in a hard fought match, which saw The Samoan Submission Machine take the fight straight to the champ.

Indeed, Joe dominated the bulk of this match. Kofi did everything he could to mount a comeback, but every time he tried, he came up short. It appeared that Samoa Joe was perhaps on his way to becoming the new WWE champion.

But Kofi eventually got his second wind, which lead to a Trouble in Paradise kick. The kick connected and Joe was unable to recover.

Kingston’s win insured that he and fellow New Day teammates Big E and Xavier Woods would all be able to celebrate their titles together. Big E and Woods won the SmackDown Tag Team Championships earlier in the night, which means The New Day is now fully draped in gold.