Packers Position Preview: Changes for the Better at Linebacker 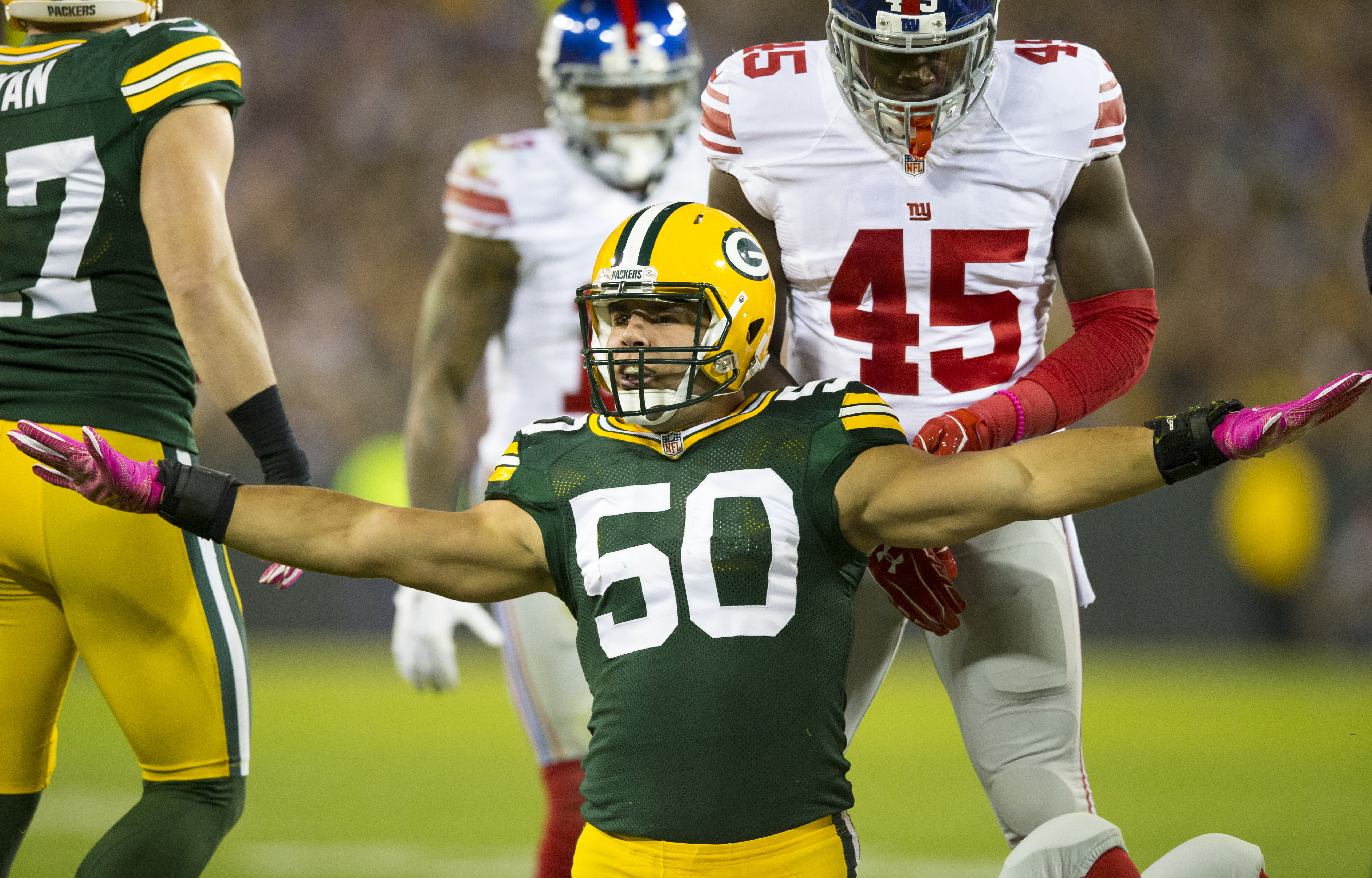 Packers Position Preview: Changes for the Better at Linebacker

Free agency brought a lot of change to the Green Bay Packers defense this offseason. Both of last year’s starting OLBs, Clay Matthews and Nick Perry have departed while the team signed edge rushers Preston Smith and Za’Darius Smith to upgrade the position.

It is likely that the Pack will have three new starters at the linebacker position when the season opens in Chicago in September.

The talent level of the team has clearly been upgraded for this season. Now it is up to the new players to show they can meet or exceed expectations and turn the linebacker position into a strength for this team.

GM Brian Gutekunst brought in Za’Darius Smith and Preston Smith to play OLB and rush the passer. Both players will play a major role in Mike Pettine’s defense and will probably line up in a variety of positions to either pressure the quarterback or drop back into coverage depending on the call. Za’Darius had a career-high 8.5 sacks last season in Baltimore and is likely to be used primarily as a pass rusher. Preston had four sacks with Washington last season and is more versatile in his skill set.

Blake Martinez is a mainstay in the middle for the Pack. He led the team in tackles again last season with 144. No other player on the Packers had more than 64. He is a strong player against the run and has worked hard to improve his pass coverage skills. Martinez is a leader on defense and has excellent football intelligence. He is in his contract year so expect him to give that extra effort that comes when a player is playing for a new deal.

Second-year player Oren Burks is the favorite to start at the other inside linebacker spot. He struggled after suffering an injury in the preseason last year but is determined to make a second-year leap. Burks has been working hard this offseason at improving his on-field vision. He is athletic and quick and has the potential to play the hybrid ILB/safety position Pettine likes to use in many of his sub packages. If Burks can take a big step forward, he will be a big addition to the Packers defense in 2019.

Gary is the team’s first-round pick. The team will line him up primarily at OLB, but he can also line up on the defensive line as well. Gary is a freak athlete and a student of the game. Expect his reps to increase as the season progresses and he grows more familiar with the defense.

Fackrell led the team with a career-high 10.5 sacks in a breakout season. Six of those sacks came in two games so Fackrell still needs to prove he can be consistent. Fackrell probably won’t start but will be the first player taking the field in obvious passing situations and should see plenty of playing time.

Summers is a seventh round pick out of TCU who will likely be a backup ILB or find himself on the practice squad. He lacks ideal size but is a smart player who tackles well and is strong against the run. His best role on passing plays is as a blitzer as he needs to improve his coverage skills.

Donnerson spent most of his rookie season on the practice squad after the Pack chose him in the seventh round of last year’s draft. The speedy SE Missouri State product was on the active roster for the final month of the season but was never appeared in a game. He has gotten some notice during OTAs and needs to show what he can do if he hopes to stick around this season.

One of the players Donnerson will be battling for playing time is Reggie Gilbert. Gilbert shines in the preseason but didn’t show as much during the regular season when asked to rush the passer.  The Arizona alum played in all 16 games and managed 2.5 sacks and eight quarterback hits. Gilbert must have a strong preseason to earn another roster spot this year especially after the Pack added the two Smiths and Gary at his position.

Crawford was a late addition to the roster last season who excelled on special teams. He will fight for a spot as the hybrid ILB/safety and return as a leader on special teams. His speed and attitude are big assets on coverage teams.

The Packers signed Bolton as an undrafted free agent out of Oklahoma. He was productive last season with 139 total tackles, 13 tackles for loss and 4.5 sacks. He has average size which works against him and will need to show he can contribute on special teams to crack the roster.

Ramsey played both defensive line and OLB during his college career at Arkansas. Ramsey was an effective pass rusher in college and had six QB hurries in each of his final two seasons with the Razorbacks. He will need to make an impression with his pass rush and on special teams to stick in Green Bay beyond training camp.

Sheldon is a first-year player who spent time on the Browns and Raiders practice squads after playing his college ball at Ferris State. He was active for two games with the Raiders in 2017. Sheldon has good size at 6’5” and 231 pounds. He will need to make a quick first impression to return to the Packers practice squad (where he finished last season) or make the team’s final roster.

Roberts is an undrafted free agent out of Baylor. His father, Greg Roberts, Sr. played guard for the Bucs and Memphis Showboats of the USFL from 1979-84 and won the Outland Trophy as the best interior lineman in college football in 1978. The younger Roberts led Baylor with eight tackles for loss last season and recorded three sacks.

The talent level has clearly been upgraded during the offseason, now the players need to prove they can produce on the field. The two Smiths will be looking to show they are worth the big bucks the Pack shelled out for them in the offseason while Martinez is playing for a new contract. If Burks has a productive second year, the position should be much improved. Don’t forget about Fackrell, who should be a regular contributor as a pass rusher, and Gary, who wants to show he can be productive at the next level after putting up only average stats at Michigan. Look for a strong year overall from this position especially if Burks solidifies the other ILB position alongside Martinez.