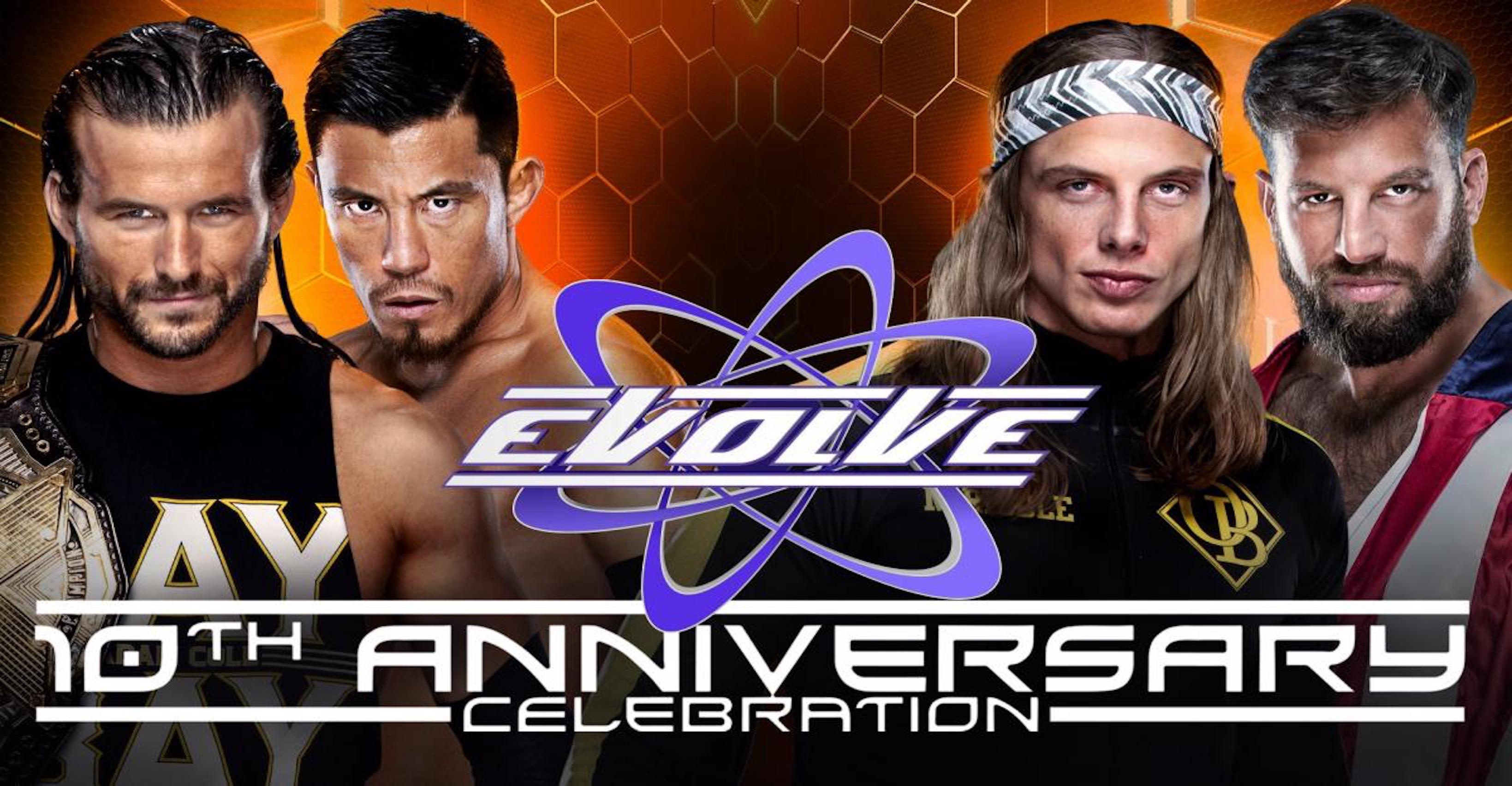 WWE presented a non-company event for the first time in network history on July 13 with EVOLVE 131. The event was a milestone for Gabe Sapolsky’s company, which is celebrating 10 years of operation in 2019.

EVOLVE 131 emanated from the 2300 Arena in Philadelphia, the world famous home of ECW. The 131 event is the latest example of the working relationship between WWE and EVOLVE, which has seen talent shared between both promotions. That list of talent includes The Street Profits and Johnny Gargano, who made a special appearance after the main event.

The men and women of EVOLVE stepped up in a very big way on July 13, proving that they had definitely earned the worldwide stage.

Brandi Lauren defeated Shotzi Blackheart in a No Disqualification Match

Austin Theory defeated JD Drake to become the EVOLVE and WWN champion, Paul Heyman made the introductions before the match

Some notable standouts from the night include Josh Briggs, who returned in May from a hip injury. Briggs dislocated his hip during a match in March of 2019, just when it appeared that the big man was on his way up in EVOLVE.

Briggs had a good showing against Anthony Greene and the match set the tone for the rest of the night. But Josh wasn’t done however, as he also made an appearance following the main event. Briggs made it clear to Austin Theory that he wanted to be the next EVOLVE champion.

"You're going to watch this match, and you're going to say to yourselves 'that was the moment we all knew that this industry is going to EVOLVE.'"@HeymanHustle makes a surprise appearance at #EVOLVE131 ahead of the Winner Takes All Match between @austintheory1 and @RealJDDrake! pic.twitter.com/7ugS1xMr60

Theory and JD Drake had a top notch bout, which saw both men give everything they had in the ring. Although Drake lost the match and his WWN Championship, he did make quite the impact on WWE fans who perhaps were not familiar with his work.

But one of the nice surprises of the night came when Paul Heyman arrived and made the introductions for Theory versus Drake. The former head of ECW and current Executive Director of Monday Night Raw was all smiles, as he put over EVOLVE. He also put over the talents of the company, who he referred to as the future of the industry.