Your Morning Dump... Where the Celtics' Summer League fun ends 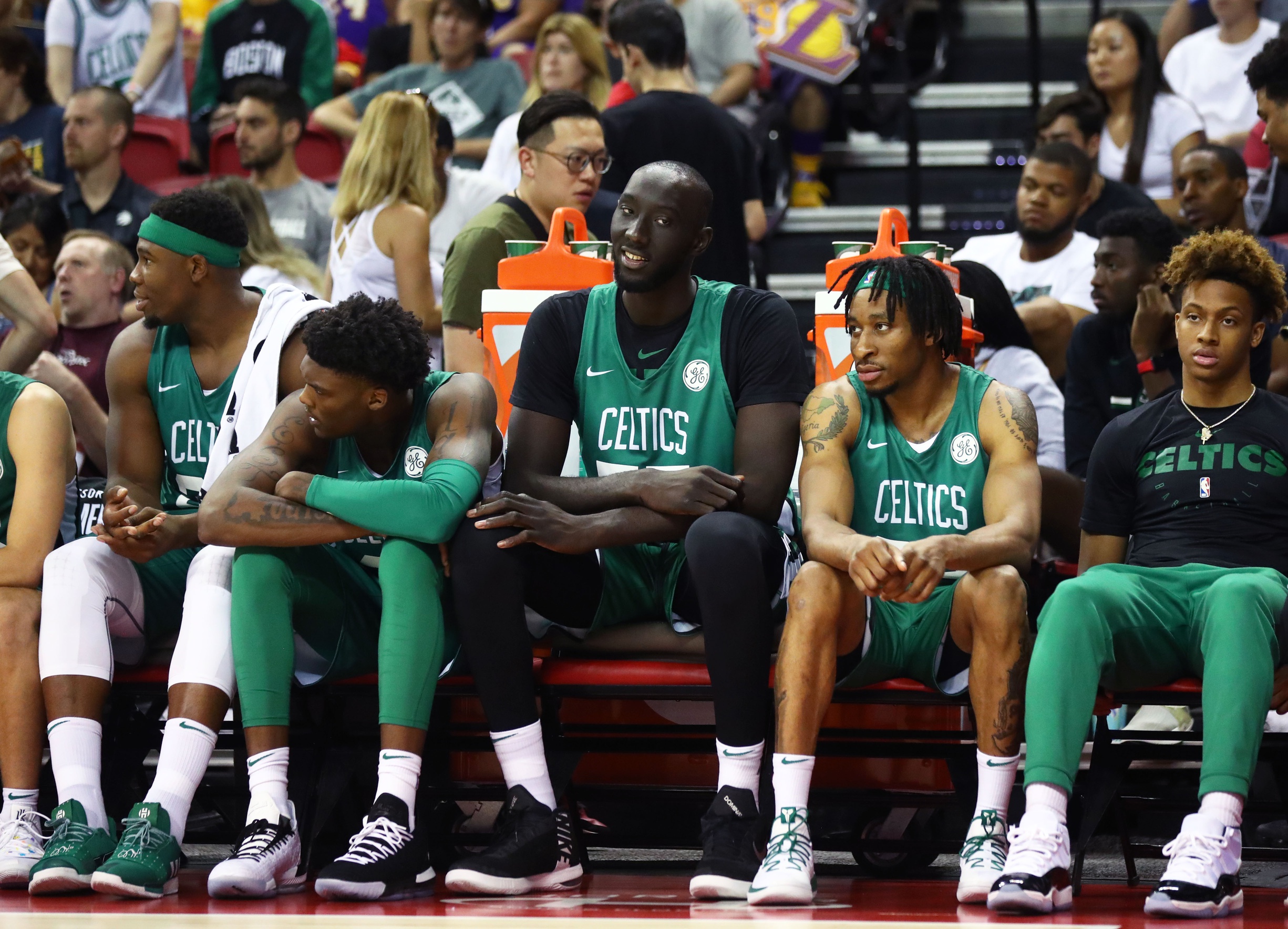 Your Morning Dump... Where the Celtics' Summer League fun ends

The Celtics lost a close one, but Carsen Edwards caught 🔥 from 3PT

He finished with 25 PTS and hit 6 3's pic.twitter.com/kHOkKLeOtW

Tremont Waters wrote a message on his sneakers in memory of his father, who passed away on Thursday. pic.twitter.com/glKI7y0G6A

One could harp on the fact that after a week of dazzling play, this Celtics squad served up a dud in their first “meaningful” game or that Carsen Edwards missed a key free throw with 37 seconds remaining, but I won’t be that guy.

Instead, we’ll celebrate the electrifying Edwards (I feel like he can stumble into 6-8 points per game) and salute the gutsy Tremont Waters for playing just days after his father’s passing.

I’m not sure where Tacko Fall fits on this roster, but he sure was entertaining. After all the hype, this might be my most memorable photo:

What’s next? Not much. With the end of Summer League, we’ve reached the doldrums of the NBA.