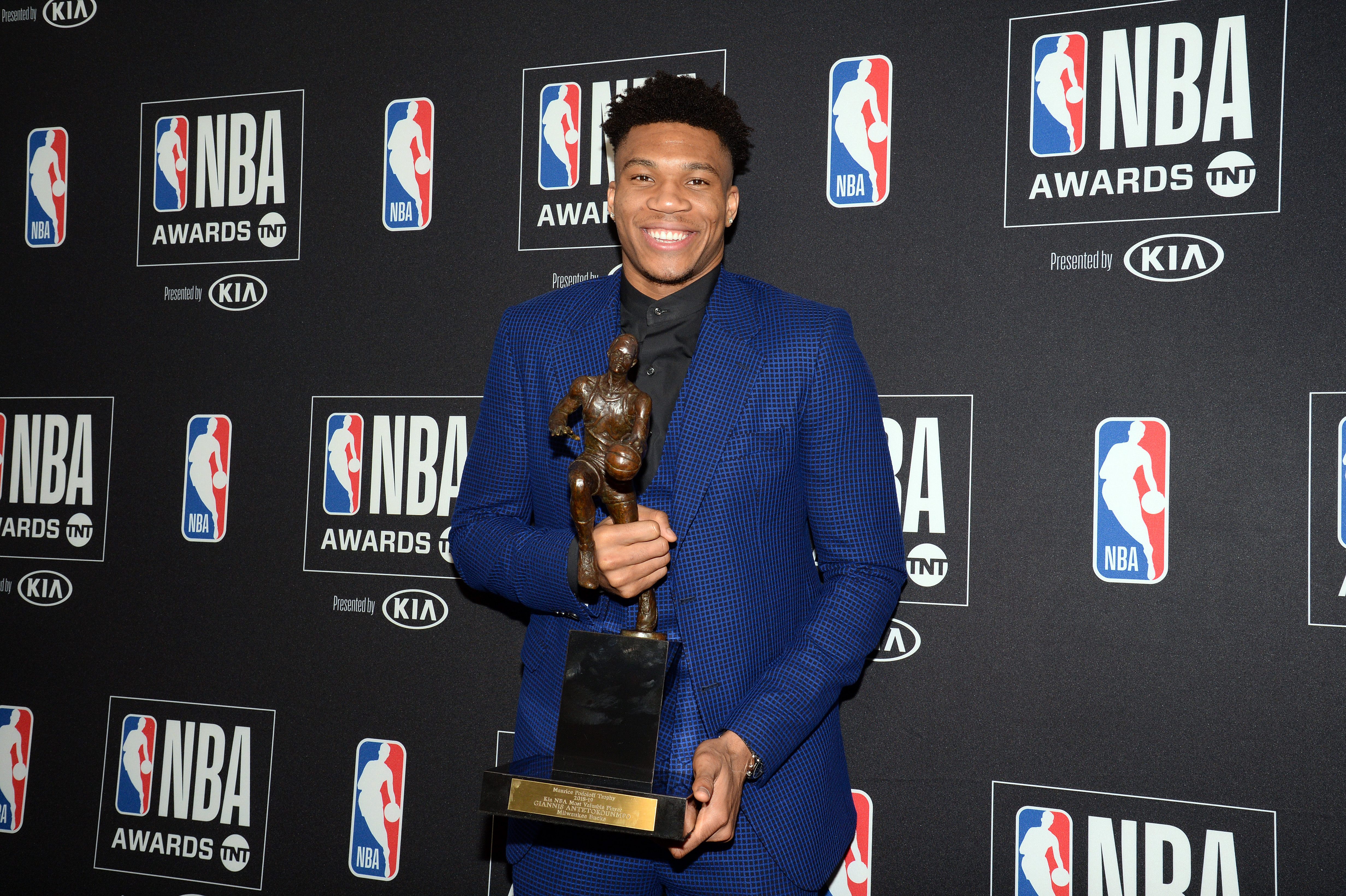 Bucks big man Giannis Antetokounmpo was just recently named league MVP, and it’s safe to say that he has the highest ceiling of any NBA player.

Giannis himself came out and said he’s only at “60 percent” of his potential, which leads us to believe that he could possibly develop into one of the best players the league has ever seen. To do that, though, he’ll need to get better away from the basket — specifically developing a mid-range jumper. Otherwise, he’ll remain a bit predictable, even as physically dominant as he is.

And the good news for Bucks fans is that Giannis wants to play in Milwaukee for his entire career, at least that’s what he’s saying at present time.

“My goal is going to stay the same: It’s get better, take it day by day, step by step, and the ultimate goal is to win a championship,” Antetokounmpo said, via ESPN. “As long as that we are all on the same page and we are all focused on that goal, why not play for the Bucks 20 years, why not play 25 years? Why not, after playing, be a member of the coaching staff or a member of the front office? But we got to have the same goal. We got to have the same principles. … We got to focus on winning a championship.”

The majority of the league’s best players seem to enjoy changing teams every few years, but Giannis is cut from a different cloth, and it’s very refreshing.