Los Angeles Angels have memorable sweep over the Seattle Mariners 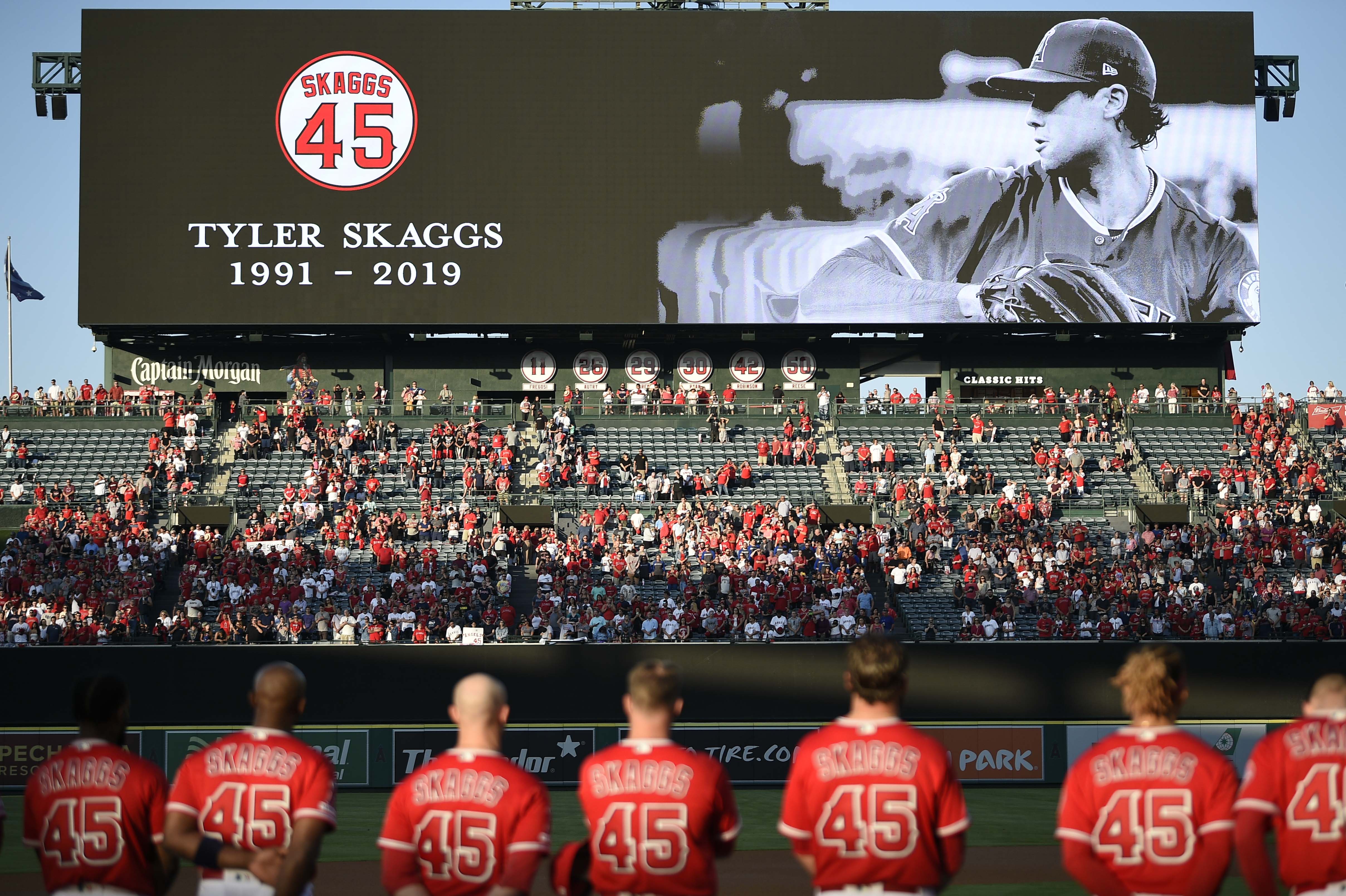 Los Angeles Angels have memorable sweep over the Seattle Mariners

The Los Angeles Angels weekend sweep over the Seattle Mariners will be remembered in franchise history as one of the most memorable sweeps ever. In an emotional weekend where the Angels began the series honoring the late Tyler Skaggs, the Angels beat the Mariners three games straight and in the process outscored Seattle 28-5.

The Angels meanwhile honored Skaggs on Friday by all wearing his number 45 and having his mother Debbie throw out the ceremonial first pitch. Skaggs died while in his hotel room as the Angels were in Texas to play the Rangers on July 1.

In Friday’s game to open the series, the Angels exemplified outstanding offense and pitching in clobbering the Mariners 13-0. On the mound, Tyler Cole and Felix Pena combined for a no-hitter. Cole opened the game by throwing two innings and had two strikeouts and zero walks, while Pena came in and threw seven innings of relief and had six strikeouts and one walk. The only Mariners batter who got on base was designated hitter Omar Narvaez, who walked in the fifth inning.

Offensively on Friday, the Angels recorded 13 runs on 13 hits. Mike Trout and Justin Upton each hit a home run, and Trout had six runs batted in. Andrelton Simmons led the Angels with three runs, while Simmons, Trout and David Fletcher each had three hits.

On Saturday, the Angels beat the Mariners 9-2 on home runs from Kole Calhoun and Albert Pujols. The home run from Pujols was a three run shot in the seventh inning that put the Angels up 9-2. Angels rookie second baseman Luis Rengifo led the Angels with three hits. Matt Harvey meanwhile was strong on the mound, as he only gave up one earned run in five and two thirds innings.

Then on Sunday, the Angels beat the Mariners 6-3. Once again the Angels won with the long ball as Calhoun homered again and rookie third baseman Matt Thaiss hit his first career home run. The Angels bullpen was excellent as Noe Ramirez, Cam Bedrosian, Ty Buttrey and Hansel Robles combined for four and two thirds innings of shutout baseball.

With the sweep, the Angels moved above the .500 mark at 48 wins and 46 losses. They are five games back of the Oakland Athletics for the second wildcard spot in the American League.