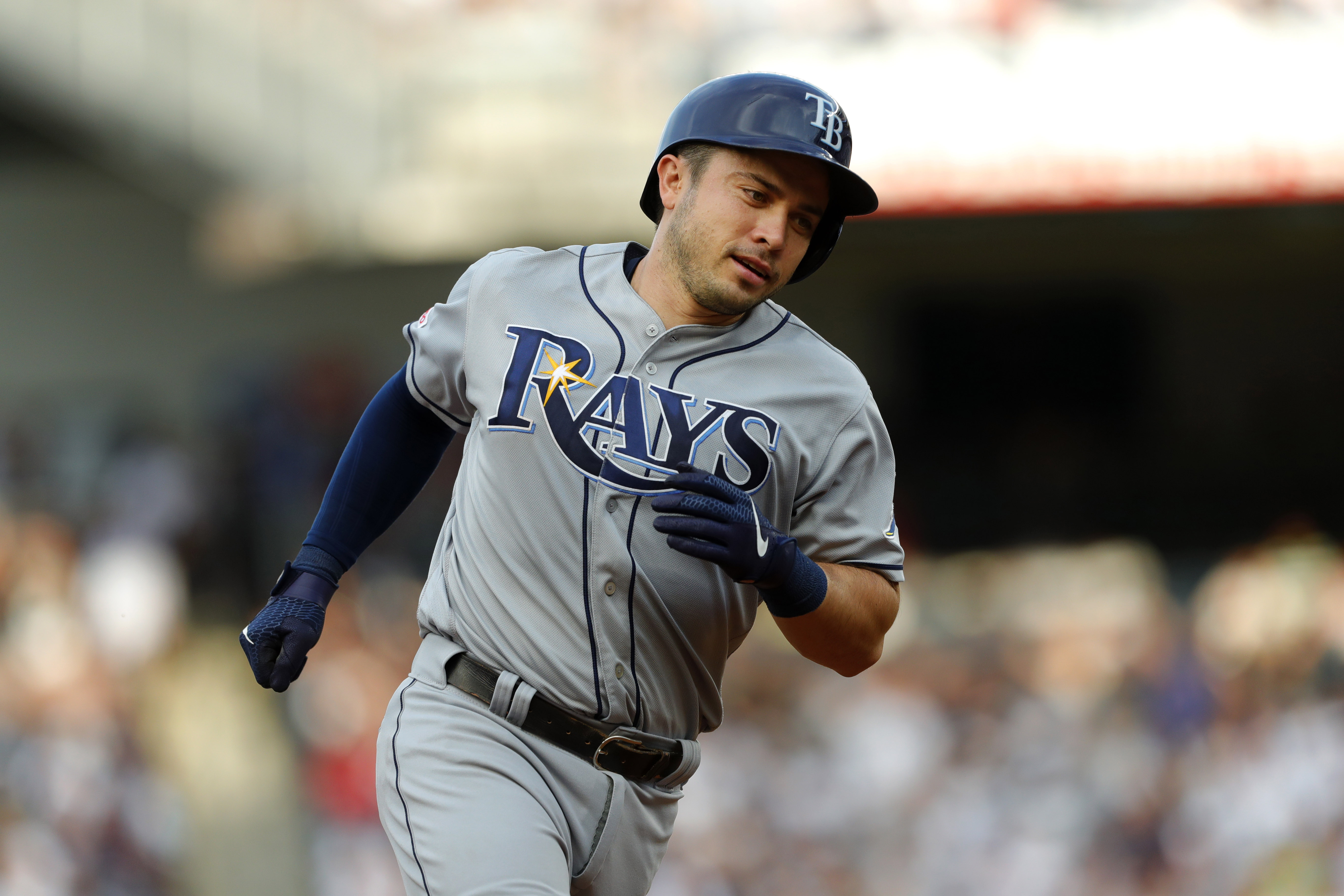 Earlier this season, Travis d’Arnaud appeared to be at a crossroads in his career. The 30-year-old catcher entered his final season of team control while also needing to make an impact following missing basically all of 2018 due to undergoing Tommy John surgery.

The New York Mets could’ve easily non-tendered him over the winter because of his injury-filled career up to that point. They didn’t, but the leash was clearly short — he only appeared in 10 games for the organization before getting designated for assignment. While his short audition wasn’t good — he slashed .087/.160/.087 with a -26 wRC+ and -0.2 fWAR in 25 plate appearances — it did seem like a quick hook.

D’Arnaud then landed with the Los Angeles Dodgers, which had to be exciting for a player who grew up in southern California. His tenure ended after exactly one plate appearance, though, because he was traded to the Tampa Bay Rays.

He’s actually found a home with his third organization of the season, and has found himself in the midst of a playoff race. The Rays are in New York playing the Yankees, and d’Arnaud had himself a night to remember. He drove in all five runs en route to a 5-4 Tampa Bay victory, and the way in which he did it was pretty special.

Here are three tweets that put what he did on Monday night into perspective:

#Rays Travis d'Arnaud is the first catcher in baseball history to have a three-homer game batting out of the leadoff spot.

Players in #RaysUp history to drive in 5+ runs in a game, knocking in all of their team's runs.

Travis d'Arnaud of @RaysBaseball is the first catcher ever to hit 3+ home runs in a game against the Yankees.

He joins George Brett (1978 ALCS Game 3) as the only visiting leadoff hitters with a 3-homer game at either Yankee Stadium.#RaysUp

D’Arnaud’s final homer came in the ninth inning off Aroldis Chapman, giving the Yankees their first loss of the season when leading after eight innings. They had won the previous 49 times they were in this situation.

The only thing that probably could’ve made this night better (from a personal perspective) was if it happened across town at Citi Field.

Those last three numbers (walk rate, ISO, and wRC+) haven’t been that high since 2015, when he posted a career-high 3.5 fWAR in 268 plate appearances.

How exactly has he done this? D’Arnaud’s 18.8% soft-hit rate is higher than his career average, but his 34.2% hard-hit rate is actually on track to be a career-high mark. He’s amped up his line-drive rate higher than 20.0% for the first time since 2015, but it’s also been accompanied with a 20.0% infield-fly rate, which would be the worst that number has ever been in a full season.

The veteran backstop is clearly making the most of the contact he is making as he tries to rebuild his value prior to hitting free agency this winter. So far, his goal of doing that is working out — it’s only taken three different uniforms for it to come to pass.