Does an 'Interesting Week' Await The Edmonton Oilers? 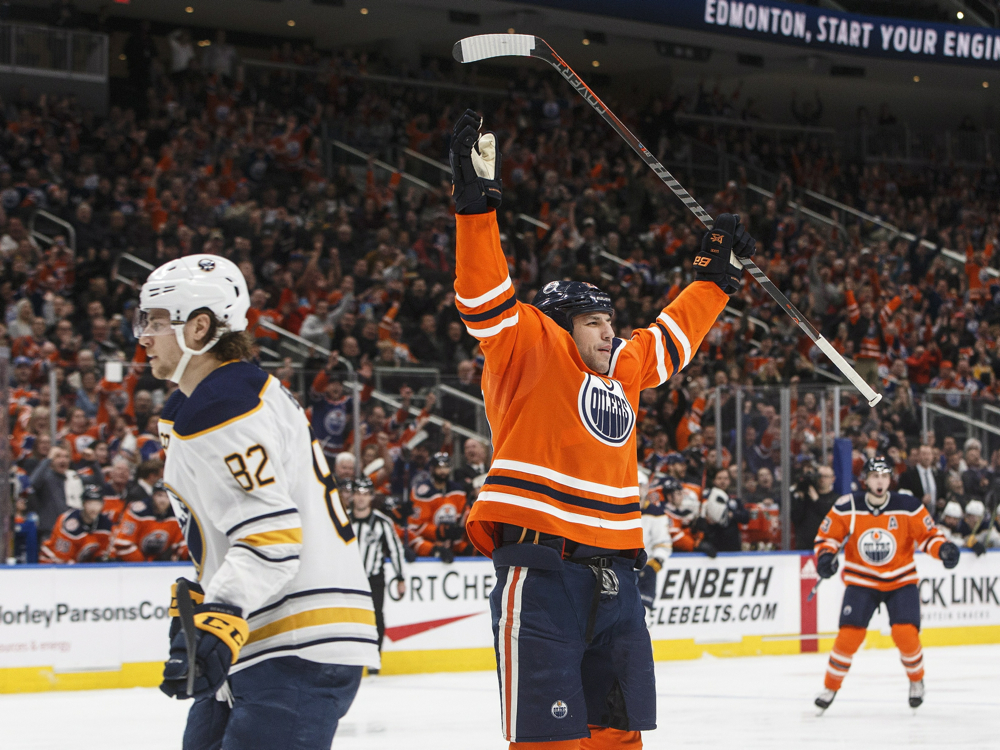 Does an 'Interesting Week' Await The Edmonton Oilers?

Edmonton Oiler fans have been awfully patient this summer in waiting for Ken Holland’s first major move. Holland added veteran free agent Mike Smith and depth forwards Markus Granlund and Tomas Jurco, but none of those players will move the needle for an Edmonton team desperate for help.

In Holland’s own words, he has two holes he’d like to fill. First? He wants to add another 20-goal scorer to the fold. After that, a third line center takes the priority. It’s already the middle of July, a time designated for lakes and cottages, but Holland continues to work the phones. He could be seeing results as early as today.

630 CHED’s Bob Stauffer is the most connected man around when it comes to the Edmonton Oilers. He’s been hinting at movement on his show, “Oilers Now”, for about a week. He said something very interesting on Monday.

"This could be an interesting week [for the #Oilers]. Something could happen." - Bob Stauffer on Oilers Now

It’s a vague statement, but a rare one for this point of the year. Usually, as mentioned above, July is reserved for the lake. The summer’s work usually has been done and teams know where they stand with camp a little less than two months away.

It hasn’t worked out that way this year. Free agents like Thomas Vanek, Jason Pominville, Patrick Maroon, Derick Brassard, Jake Gardiner and Joe Thornton still litter the market. Teams like Calgary, Boston and even Winnipeg must shed salary in order to re-sign key RFA’s. There’s a lot of work to be done.

It isn’t outrageous to assume that the Oilers will be involved in some of this work. The club has shown varying levels of interest in both Brassard and Maroon as free agent options. There is also some speculation that Vanek could be a target via PTO come September, although that remains to be seen.

As I alluded to in this space yesterday, the Oilers are also scouring the trade market. By the end of this week, the bonuses on both the Loui Eriksson and Milan Lucic contracts will have been paid, making a deal far more likely.

Eriksson, contrary to popular belief, would waive his NTC to play for Dave Tippett in Edmonton. Lucic has already publicly stated he would waive to go home to Vancouver. He’d also, according to sources, waive to go Calgary. There have been talks between the sides on a potential Lucic-for-James Neal deal.

The club has options for a Lucic deal, options that may not have been there as recently as two weeks ago.

They also have options on RFA Jesse Puljujarvi, although it appears Holland has really dug in on this one. He’s not going to give Puljujarvi away for nothing, and is betting that his threat to play in Europe is nothing more than a bluff. There is still some hope that Puljujarvi will play for the Oilers again, hope that may not have been there on draft weekend.

Holland has two very specific wants for his club right now, and is engaged in multiple trade and free agent conversations. There is a lot of smoke surrounding the Edmonton Oilers right now, some would suggest too much smoke.

Does an interesting week await the Oilers? There’s enough speculation to suggest that something will be coming down the pipe soon. After all, Holland has yet to make his signature move over two months into his tenure. That’s forever when it comes to Oilers’ GMs.