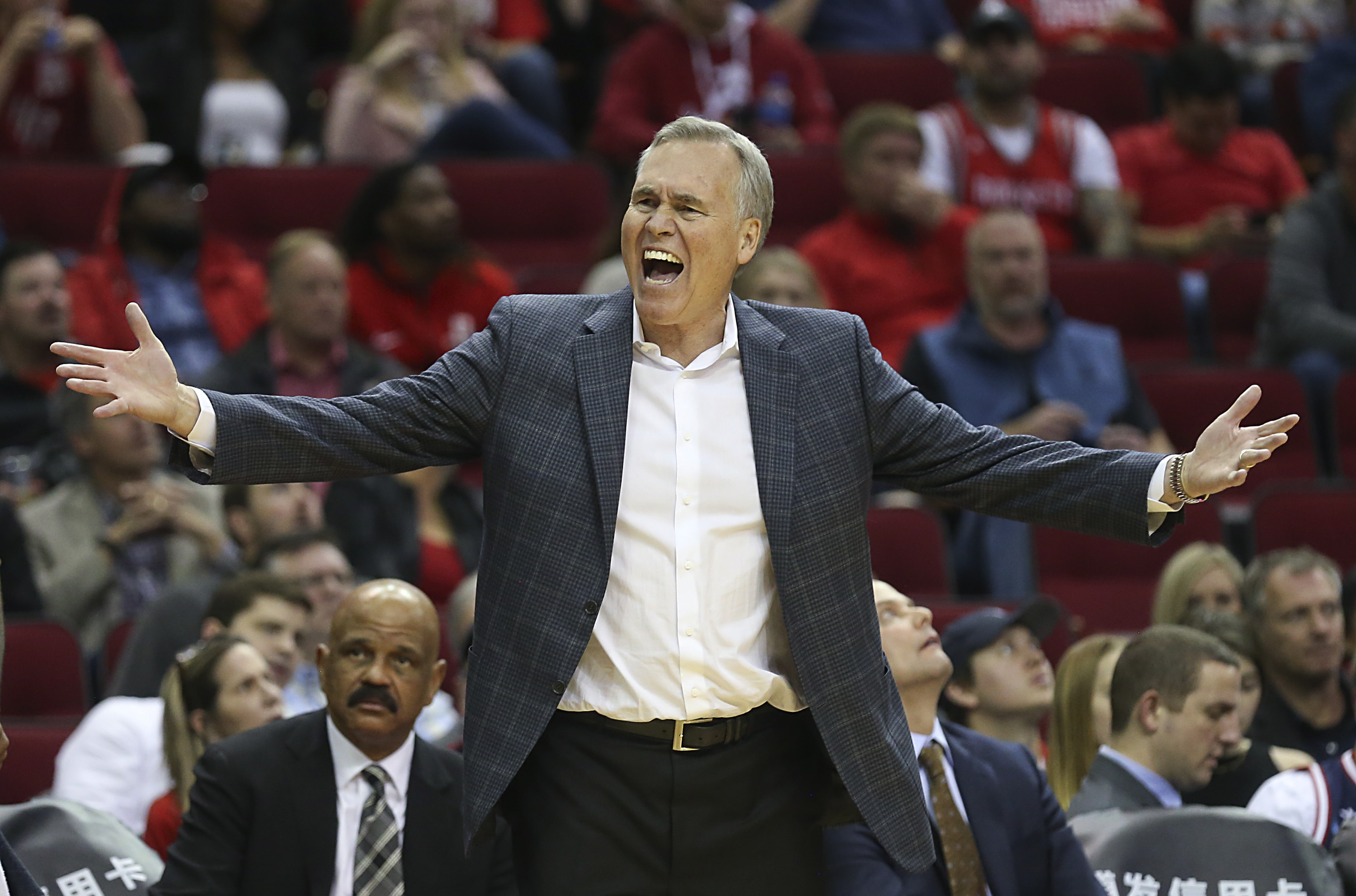 There’s been a lot of talk about how the Rockets offense will look next season — specifically with ball-dominant players Russell Westbrook and James Harden on the court at the same time — but head coach Mike D’Antoni doesn’t seem to feel there’ll be issues.

The team has spent the summer retooling its roster, while their postseason kryptonite — the Warriors — finally took a few steps back. And while we can’t question their talent level and experience, there are legitimate concerns about the team’s chemistry, given all the personalities coexisting. Still, not only did D’Antoni downplay that the offense will look all that different with Westbrook, but he also seemed to believe Westbrook and Harden — former teammates — will have no trouble playing alongside each other, in an appearance on “The Woj Pod.”

“If the superstars want to play together, then they will make it work,” the Rockets head coach said.

“To be able to win a title now, you have to get superstars together, and whether it’s two or three or how many else you can get,” D’Antoni said. “And then it becomes a chemistry, because everybody’s ball dominant. When you’re a superstar, you’ve been the main guy for sure. Now, you’ve got to make it work, and sometimes personalities, it doesn’t work. Sometimes, it works for a while. Sometimes, it’s hard to manage, sometimes. Again, if they’re not on the same page totally 100 percent, I think the organization has to look and see what’s best for the organization.

That’s all well and good, but the Rockets clearly experienced some dysfunction among teammates — recently, even. And sure, Chris Paul was likely the root of the issue, but Westbrook is a fiery player with a strong disposition as well. It will be interesting to see how he feels about being forced to hide in the corner during isolation situations, while James Harden attempts to put his opponents to sleep with a rhythm dribble — only to settle for a stepback three-pointer.

It’s fair to wonder what the Rockets’ offense could look like in the future — with two players that have been their respective team’s go-to, crunch time superstar during the prime years of their career — attempting to play off one another.

There should be some epic games featuring the Rockets vs Lakers and Rockets vs Clippers among others this season.