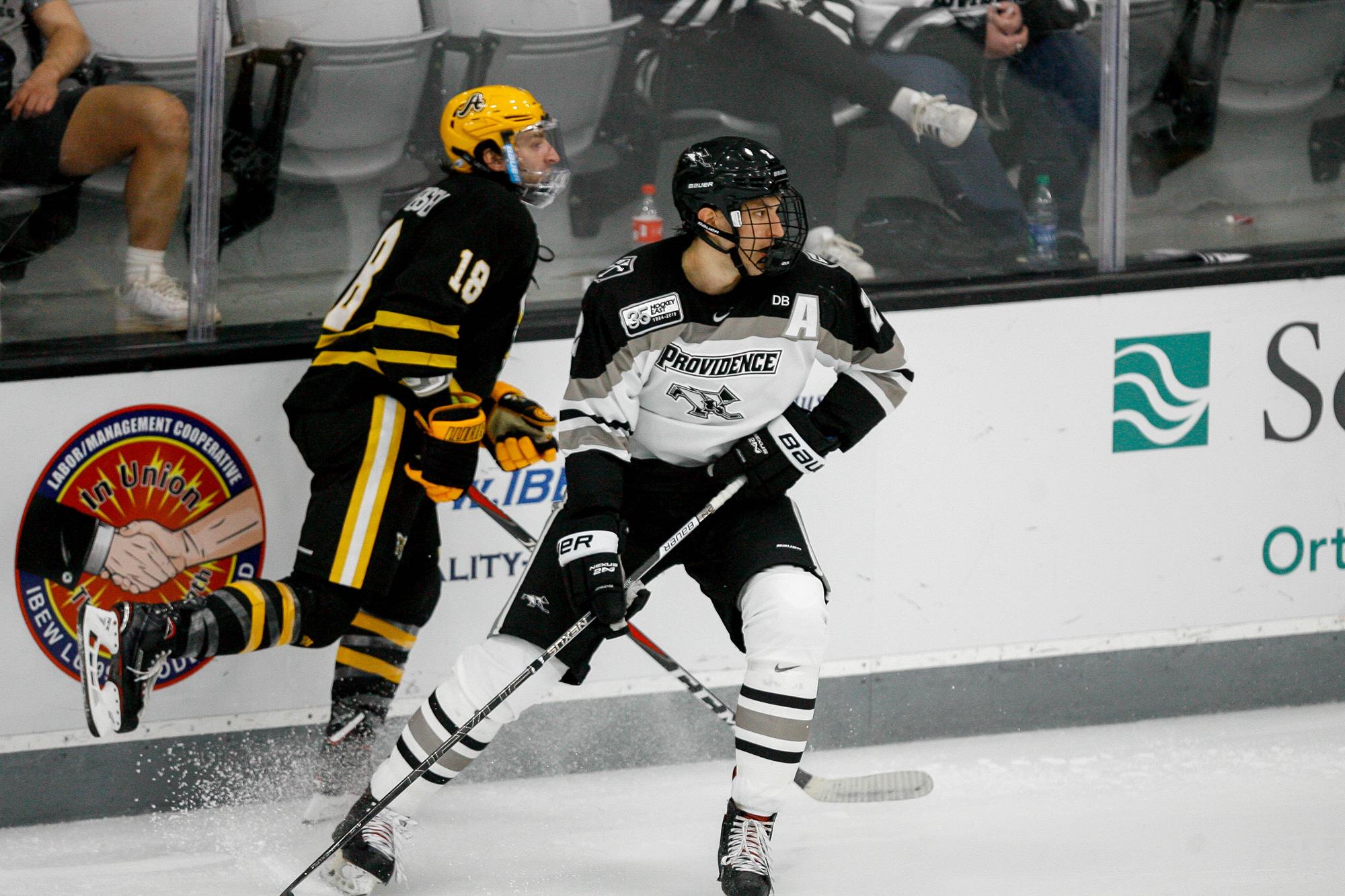 Ken Holland has been working the phones trying to add a 20-goal scorer and a third line center over the last few weeks. Adjusting the roster of the Edmonton Oilers isn’t the only thing the front office is worried about right now. They are also trying to maintain an AHL powerhouse with the Bakersfield Condors, who won the Pacific Division a season ago.

On Tuesday, the Condors officially announced AHL contracts with three players. Two were re-signed, while one was added to the group after a strong NCAA career.

The Condors inked forward Jakob Stukel and defender Jake Kulevich to one-year AHL contracts, bringing the pair back after strong showings in 2018-19. Kulevich, who appeared in 29 games at the AHL level, will give Bakersfield needed defensive depth.

It stands to reason that at least one of the Condors’ young blue, likely Caleb Jones, will start the season with Edmonton. It wouldn’t be a shock if at least one more, possibly Ethan Bear or Evan Bouchard, found their way north during the course of the season. The Colgate University product provides insurance.

Kulevich registered eight points (2-6-8) in his 29 games and managed to register a +11 rating.

Stukel, meanwhile, signs his first AHL contract after impressing on a PTO last March. After a strong run with Edmonton’s ECHL affiliate in Wichita (19-23-42), the 22-year-old headed off to California on March 9th on that aforementioned PTO.

Stukel finished the AHL campaign with six points (3-3-6) in ten games. Like Kulevich, Stukel will provide depth to a forward group that could lose a few key cogs. Tyler Benson is a candidate to make the Oilers out of camp, while both Cooper Marody and Kailer Yamamoto could be Edmonton-bound during the season.

One of, if not the, best shut-down defenders in Hockey East is heading to Bakersfield. The Condors have signed 2016 7th round pick (183rd overall) Vincent Desharnais to a two-year AHL contract. Desharnais was slated to hit free agency on August 15th.

Not known for his offensive ability, the hulking defender dominated for the Providence College Friars in a defensive role. At 6’6″ and 210 pounds, his intimidating frame made him one of the toughest players in the conference, and arguably the most effective shut-down defender in the NCAA.

He’s not the quickest player and it remains to be seen if he can produce enough offense to play professionally, but Desharnais is certainly worth the bet. I was consistently impressed with his physical play in a conference known for speed and skill, as well as his always sound positional play.