The Most Popular College Sports in 2019 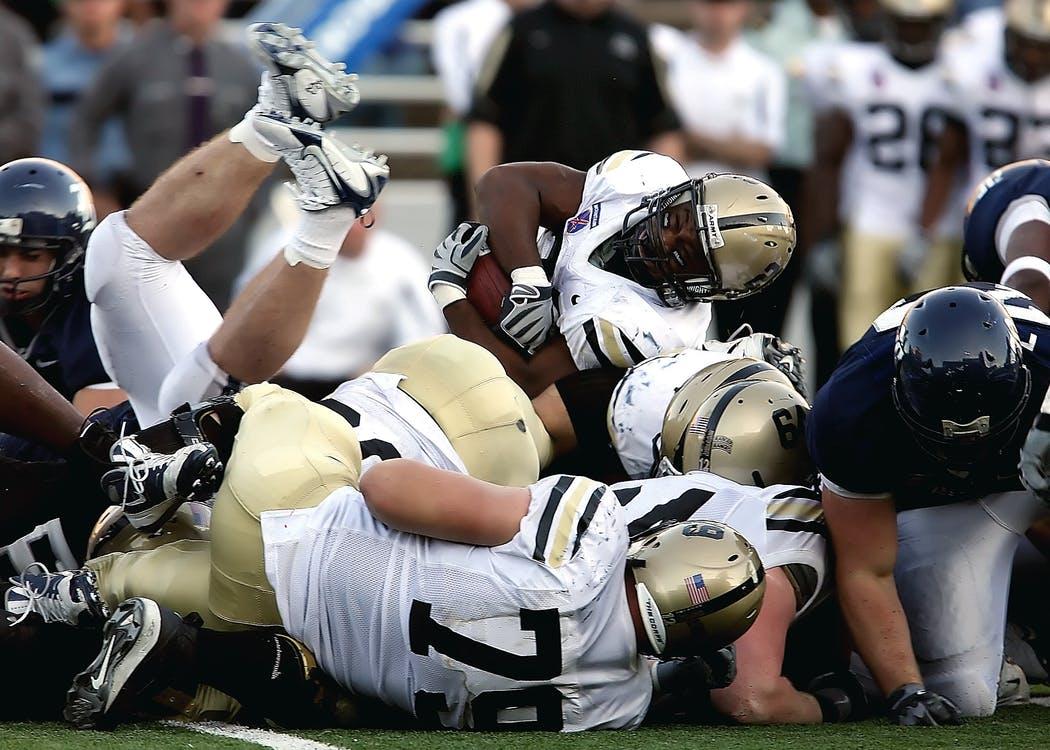 The Most Popular College Sports in 2019

Life in college can be so boring, especially because it presents a whole new environment that is different from high school or home. The college-going age is also the most active one, and one where students want to explore everything and get occupied in something at almost any given time. Add that to the mental exhaustion that comes with attending classes and having to write an essay and other assignments and you see a person that really needs time to engage the body and rest the academic mind. That is why games come in handy as they help to ensure that this extra energy that is not spent in class can be safely utilized.

And just to take care of the different talents that students are endowed with, there are always quite a large variety of sports to choose from. Some of these sports are popular because the colleges have teams that play them, while others are just loved among the students, regardless of whether they play them or not. To underscore how popular some of these sports have become in college, a look at some of the essay writing service reviews shows that most college students will love to engage in sports discussions, and are more active in rating sports writings than anything else. Below are some of the most popular sports among college students.

When you talk about college football in the United States, you may be surprised to realize that it mostly means a different thing from soccer. American football ranks #1in terms of participants, and almost the same when it comes to the percentage viewership. Usually played on Saturdays in US colleges, the sport dates back to several years before the current league, the NFL came into the picture. The game borrows a lot from Rugby, and is also played in other countries like Brazil, Spain, Germany and Italy. It involves a lot of contact and that could be the reason it is more common in the most energetic age bracket.

While many believe American football might just be overtaking basketball in popularity in the US college, basketball is generally more popular when it comes to the general population. And the prominence of this game among college boys and girls is unquestionably high. Unlike football, basketball involves less contact. The sport is common right from the younger years but gains more popularity when it comes to the college level. The US National basketball league, the NBA, is the most prestigious league in the world. College leagues also attract millions of fans across the globe.

If you are reading this from some parts of the world, then you must be saying we haven’t done it until we mention soccer. Well established as the global giant among the different sports activities, football also stands tall when it comes to ranking college sports in the USA and the rest of the world in 2019. In the United States, and indeed all over the world, many colleges have well-established football teams, and some go as far as hiring professional coaches and team staff. In fact, as of 2019, there are a good number of colleges that even pay their football teams, and some of these teams compete in national leagues. In most cases, national teams and professional football clubs scout for talent from colleges, so that some of the students start playing for these clubs while still continuing with their studies. Such students are sometimes so busy in professional football that they end up totally depending on online writing service sites to help with their assignments and exams.

Ranked by some research findings as the world’s second most popular sport after soccer, cricket boasts of a fan base of more than 2.5 billion globally. It is most common in places like India, Bangladesh and Zimbabwe. College cricket marks arguably the peak of the sport. In south Asian countries, most colleges have strong cricket teams that participate in major competitions. Although the sport is not very popular in America, a good number of US colleges have cricket teams, and the game seems to be slowly regaining the popularity it lost in the 20th century, mainly to baseball.

This is another sport that is so popular among college students. In upper Midwestern and the northeastern US, the game has vast followership in colleges, which supply most of the players involved in professional leagues.

There are other popular college sports, including tennis, volleyball and table tennis, but any genuine review in 2019 would surely arrive at this top five list.