The Tunnel Of Terror 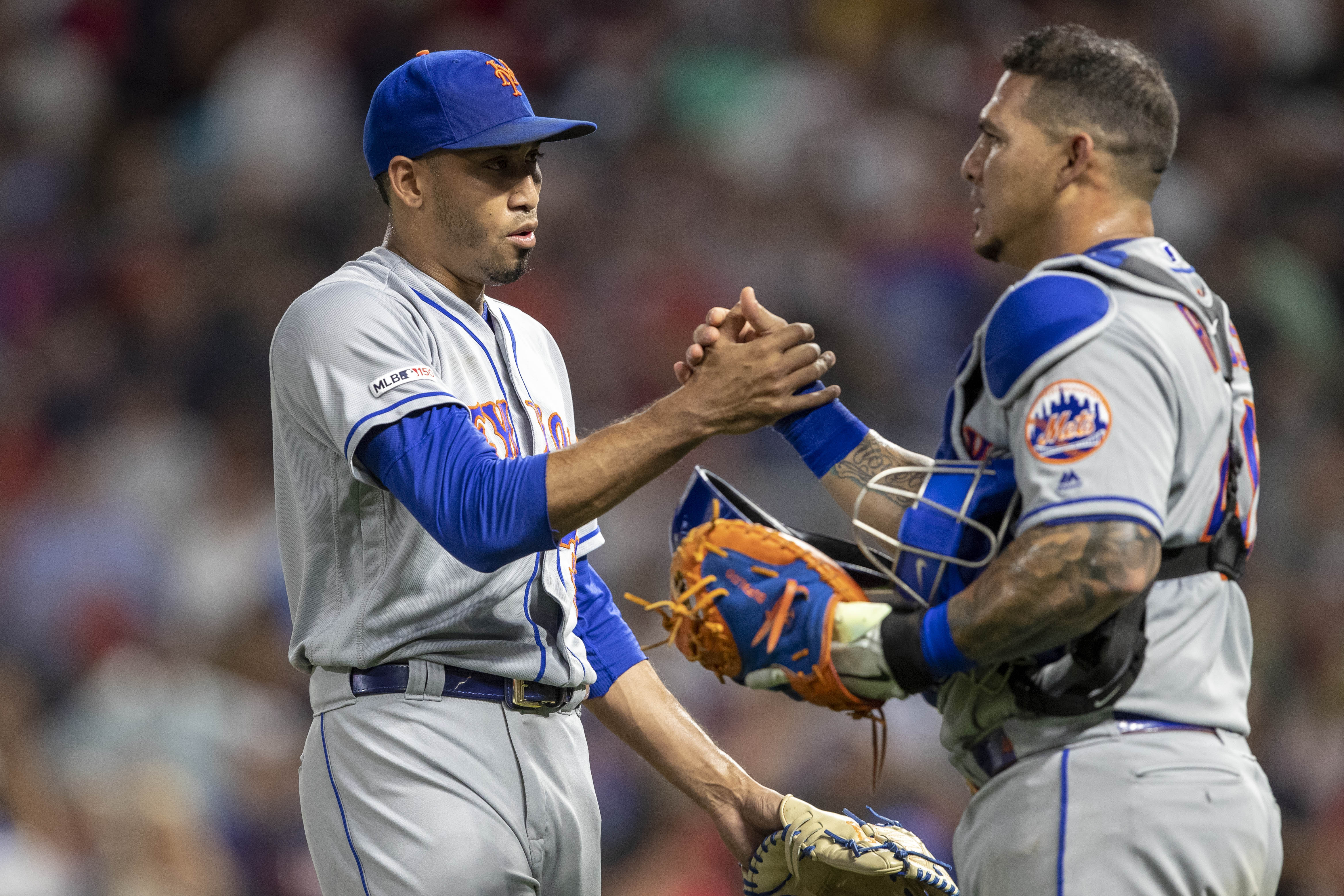 The Tunnel Of Terror

Steven Matz was getting knocked around the ballyard in Minnesota tonight. His seemingly innocuous line of five hits and one walk in four innings belie the fact that the contact made off Matz was scorching. Michael Conforto was doing everything he could to help Matz out. He scored the second run of the game after a first inning single, he drove in a run with an infield single in the fifth (Conforto went 4-for-4 on the night), and perhaps his most important contribution was crashing into the wall and catching a long drive by Nelson Cruz to end the inning on a play which would have tied the game if Conforto hadn’t gotten there.

But Matz, again, was getting hammered all game. Coming back from the All-Star break having pitched out of the bullpen the week prior didn’t help. So Handsome Art Howe was forced to pull Matz after four innings and 68 pitches (38 strikes). You know what that means: the Mets had to hold a one run lead with five innings out of the bullpen. At best, it would be reminiscent of the Tunnel of Terror from Willy Wonka’s Chocolate Factory.

At best … of course … because if you remember the movie, none of the children were lost to any of the deadly sins in the tunnel. They all just got peed their pants a little, which I’m sure you did somewhere through the path of Gsellman to Avilan to Familia (who actually retired a batter in a big spot), to Wilson to Lugo to Diaz. Especially true when you sat through a game where the Twins brought passed balls and errors to the party while the Mets matched them by hitting into a double play when Pete Alonso ran them out of an inning.

Diaz, threatening to be the next Veruca Salt, walked Luis Arraez after he replaced Jonathan Schoop with an 0-2 count after Schoop hurt himself. Mitch Garver then singled, and after Placido Polanco flied out, Marwin Gonzalez reached on an infield single, bringing Nelson Cruz up with the bases loaded. After throwing six sliders in 26 pitches, all the Mets needed was for Boomstick to find a juicy one that he liked so he could send it to Area 51. Diaz pumped fastball after fastball towards the edges, and on a 3-2 count, Diaz popped out to Todd Frazer in foul ground to secure the win.

I don’t know how sustainable it will be for Diaz to live off a four-seamer and relegating his former wipe-out slider to Greta Garbo status. But hey, it worked on Tuesday and now the Mets have a three game winning streak. These moments are fleeting. Enjoy them.