Your Morning Dump...Where expectations for the Celtics are still sky-high 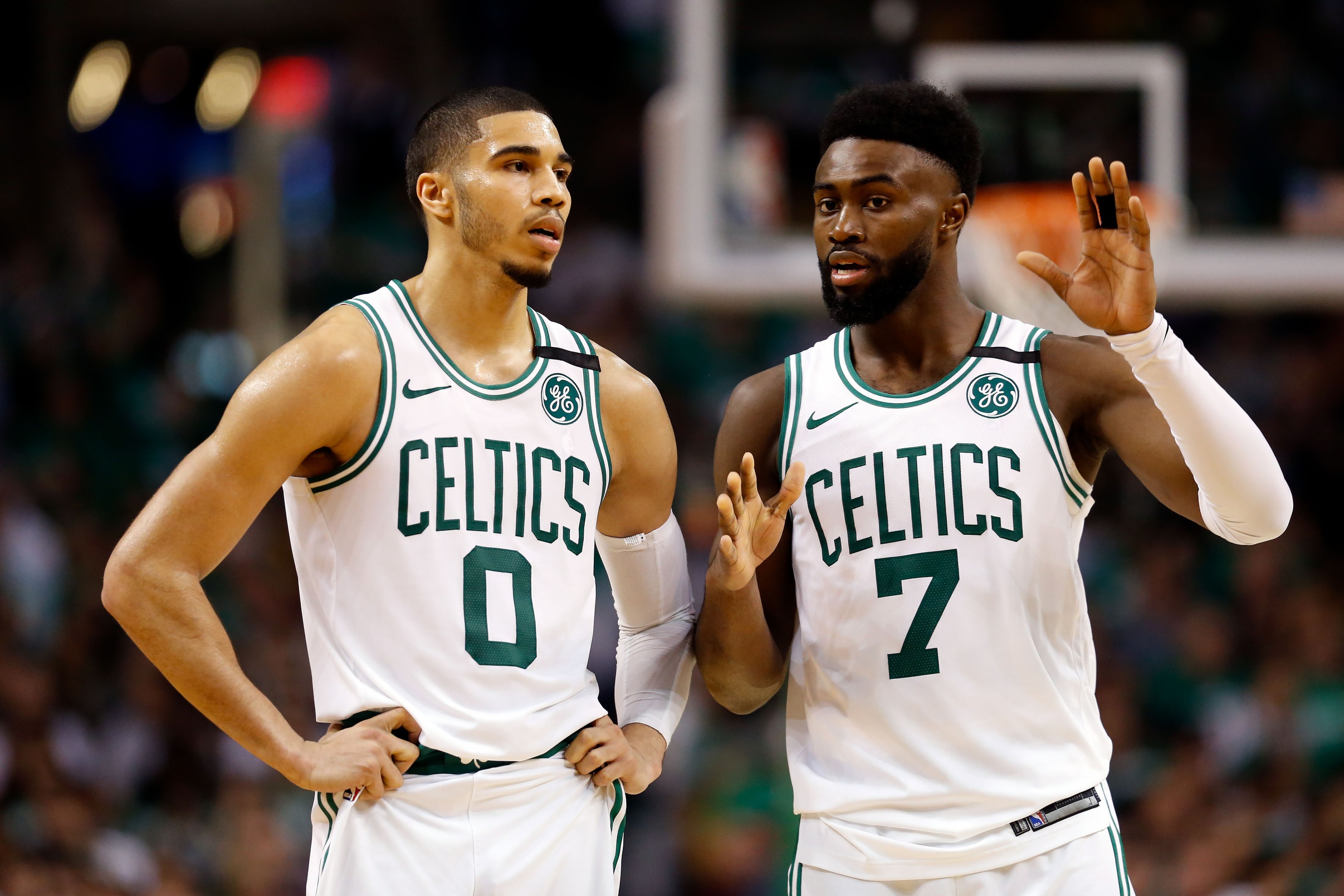 Your Morning Dump...Where expectations for the Celtics are still sky-high

Nothing went the way it was supposed to last season for the Celtics, who entered the season as the favorites to top the East — only to be drummed out of the playoffs in five games (including four straight losses) by the Bucks. The already bitter taste in the mouths of Celtics fans was made worse after Kyrie Irving and Al Horford chose to leave for Brooklyn and Philadelphia, respectively, in free agency. Irving was replaced by All-Star Kemba Walker, which some might see as an upgrade. It will be much more difficult to make up for losing Horford. Enes Kanter will likely be Boston’s starting center, with second-year big man Robert Williams III, Frenchman Vincent Poirier and German Daniel Theis behind him. They will give Boston a few ways to play, but not nearly at the same level of skill and poise that Horford, one of the league’s most versatile bigs, did. That, in turn, puts a ceiling on just how good Boston can be — regardless of how much growth the Celtics get from young wings Jayson Tatum and Jaylen Brown. — Bontemps

Now that teams are all but done making moves (knock on wood), ESPN came out with their power rankings after the tornado that was free agency. Although the Celtics notably lost both Kyrie Irving and Al Horford, expectations for this team are still quite high. They not only rank 7th in these Power Rankings but their win total over/under also suggests a  bounce back year from the green.

Both of these have the Celtics slotted as the third best team in the Eastern Conference (behind Milwaukee and Philly). There is a bit of a discrepancy here in the sense that ESPN has Indiana a bit lower in the power rankings than the o/us suggest, but for the most part, it lines up in the East. The win total does seem optimistic in the sense that, to win over 48 games, a lot has to go right for this team. I would’ve expected their number to be somewhere around 45.5 with Brooklyn. It seems as though oddsmakers are banking on a few different things:

I personally don’t think that win total is too outlandish and wouldn’t be surprised if the Celtics hit the over. They did lose a lot of talent this off-season but with better team chemistry and less drama, things could easily turn around this year. While I do think their ceiling has lowered a bit as a team from last year, their floor has risen. We watched the Celtics crash and burn last season en route to a second round series where they didn’t even belong on the court. This year, I don’t see them as a true title contender, but also don’t see them getting washed in the second round.

As a team, the pieces fit together a bit better this season, and everyone can get a bigger piece of the pie. A crippling issue last year was the fact that with so many talented players, there wasn’t enough of touches to go around. It created an environment where most were just trying to pump up their own numbers while sacrificing the greater good of the team. This season things will be different. There aren’t as many egos in the locker room and top roles on the team are far more clear. Last year they had 6-7 different players who could realistically shoulder a lot of the offense whereas this season that number has dwindled to 4-5. That makes a difference and it could be a scenario where less is more in terms of talent top to bottom.

Getting back to team basketball and a focus on the group as a whole is also going to be empirical. Brad Stevens has shown an ability to thrive off of team-basketball and the wheels fell off last season when that was thrown to the side. It was a ton of isolation and it seemed like whenever someone got the ball it was their time to shine. It was a bunch of hero-ball that in the end proved to be their demise. Hopefully Tatum’s episodes where he tries to channel his inner-Kobe and starts firing up long-twos off of 10 dribbles are a thing of the past. Their pieces weren’t talented enough to play like that and they ultimately suffered from it last year. By trimming some of the fat from the team the Celtics should be able to get back to where they excel as a team who moves the ball, plays together, and doesn’t care who shoulders the scoring load on a given night.

They won 49 games last season with a team that wanted to all throw up when they were around each other. The idea here is that with the toxicity out of the door, and a reinvigorated roster, wins will be aplenty.

Page 2: Where Kemba Walker has to be everything Kyrie Irving wasn’t

The more immediate pressure on Walker is leadership. As the Celtics attempt to wash the bitter taste of last season out of their mouths, Walker must prove he is the palette cleanser. And while those that have spent time around Walker have gushed about his by-example leadership, his biggest task might essentially be doing what Irving couldn’t last season: Getting the best out of those around him.

Walker is no stranger to being the face of a franchise. That’s been his role the better part of the past eight seasons in Charlotte. In Boston, the three-time All-Star will face a harsher spotlight, but one that will also bathe him in affection if he is to get the most out of his new teammates.

Going right along with Celtic expectations is the role Kemba Walker is going to play not only on the court, but in the locker room. In the coming weeks/months I anticipate a lot to come out about what really transpired behind the scenes last season and I don’t anticipate it’s going to be great. To be clear, it’s going to be a train wreck. It wasn’t all Kyrie Irving’s fault, but when things got tough, he sucked the life out of this team rather than lifting them up. Nobody really liked each other and guys had to walk on eggshells because they still were trying to save face for a guy who was already on his way out.

That’s where Kemba comes into play. If he can do what Kyrie couldn’t and galvanize the group, 50+ wins is in the cards for this team. The best Brad Stevens teams (even back at Butler) have been lacking a bit in the talent category, but as a team are a nightmare to deal with. That’s where they lacked the most last season: playing as a team and having each other’s backs night in and night out.

If Kemba can take a page out of Isaiah Thomas’ book of leadership and lay it all out there every single night, he’ll be one popular man in Boston, and the locker room. Players appreciate guys who not only talk the talk, but walk the walk. That type of energy is infectious and if the Celtics want that energy ingrained in the locker room, Kemba is going to have to be the man to light the fuse.

The man also has a reputation for seizing the moment as he’s lauded as one of the most clutch players in the league and has been dubbed “Cardiac Kemba” from his time back at UConn. Leading a team through the Big East tournament and to a National Championship is one thing. Leading a team through the NBA season/playoffs to an NBA title is another thing. The latter Kemba hasn’t accomplished yet and hasn’t had the opportunity to accomplish in his time in Charlotte. He has that chance in Boston and he also can become what Kyrie couldn’t…immortal in Boston Sports lore.

Kemba has a chance to live on forever in the rafters if he can help deliver that elusive 18th banner to one of the marquee franchises/cities in sports. Not only his play, but his leadership will be an overarching factor in this quest for immortality.