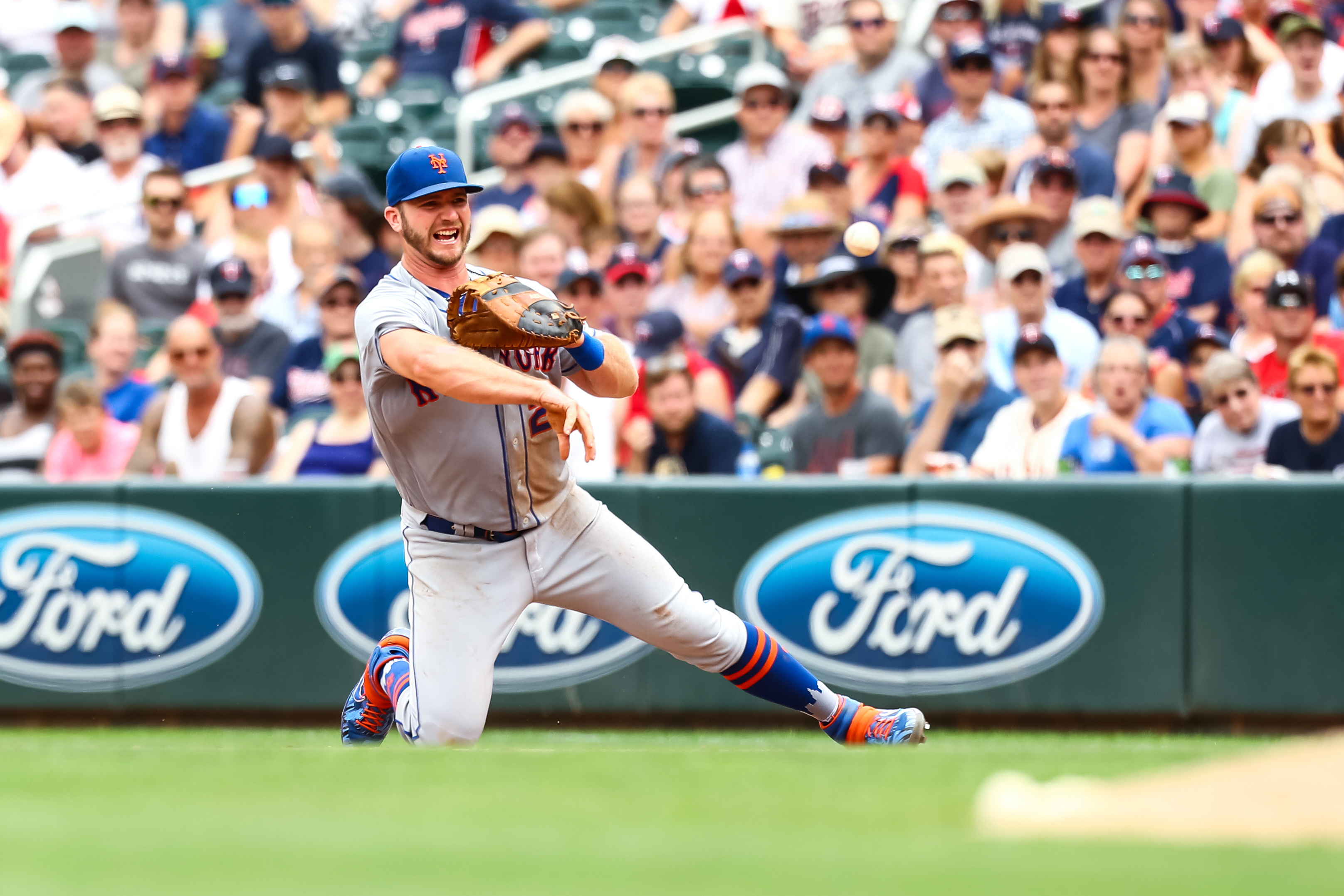 So far, so good for the New York Mets (44-51) in the second half. The Mets have ripped off four straight wins on the road, enabling them to win consecutive road series for the first time since April. The trip continues tonight, when the Mets head out to the Bay Area for a four game set against the red hot San Francisco Giants (47-49). First pitch for tonight’s game is scheduled for 9:45 p.m. at Oracle Park.

The Mets will send righty Noah Syndergaard (7-4, 4.55 ERA) to the mound today. Syndergaard pitched very well last Saturday, allowing two runs in seven innings to defeat the Miami Marlins. The Giants will counter with their ace, lefty Madison Bumgarner (5-7, 3.86 ERA). Bumgarner was sharp in his last start, allowing only an unearned run in five innings against the Milwaukee Brewers last Saturday, but he wasn’t a factor in the decision. The Giants went on to lose that game 5-4.

We’re on the west coast to play four against San Francisco.