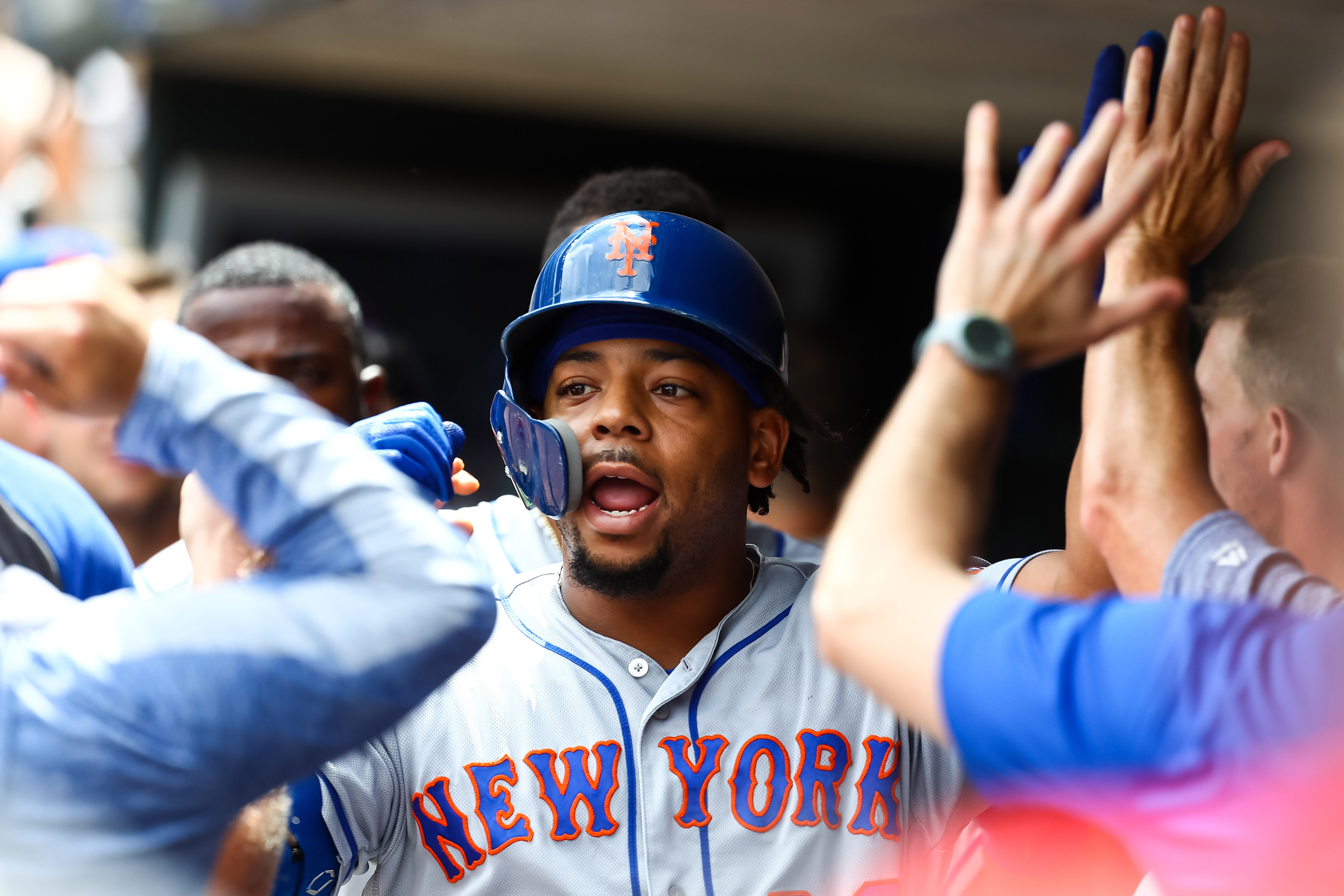 The New York Mets looked like they were in trouble yesterday, but everything turned around once Dominic Smith came into the game. Smith came in as a pinch hitter with the Mets trailing 3-2, and he gave them a lead they would never relinquish by launching a three run homer. Smith added another RBI on another hit for good measure, yet another unexpected contribution from a guy who was an afterthought entering the season.

In 173 at bats this season, Smith is hitting .294 with nine home runs, 18 RBI’s, and an impressive .912 OPS. That is strong production in limited playing time, which is largely the result of Smith’s primary position being occupied by Pete Alonso. Alonso has demonstrated that he isn’t going anywhere anytime soon, and the Mets can’t exactly cut Alonso’s playing time in order to find at bats for Smith. This has forced the Mets to get creative to find playing time for Smith, with a lot of his at bats coming in left field.

This is fine in the short term with Brandon Nimmo out due to injury, but the Mets have a decision to make on Smith long term. Since Smith’s best fit is as a first baseman, it has led to speculation the Mets will use him as a trade chip to improve another area of the roster. For his part, Smith has said all the right things about the rumors, but the Mets have to know this isn’t a sustainable long term fit, especially given General Manager Brodie Van Wagenen’s recent comments about improving the team’s defense up the middle. That would involve getting a full time center fielder, meaning Nimmo and Michael Conforto end up back in the outfield corners, again leaving Smith without a position.

Smith has become a fan favorite, but it is hard to rely on sentiment in this game. While there is no doubt that Smith has a chance to have a long and productive career somewhere, it’s not going to be with the Mets given the way their roster is constructed. A trade feels inevitable, and the Mets will have to decide whether to try and strike while the iron is hot now or wait until the offseason, when more teams may be in the mix for Smith. It is probably prudent to hold onto Smith for now unless someone blows them away with an offer, so Mets’ fans will get more opportunities to see what Smith can do in the second half.