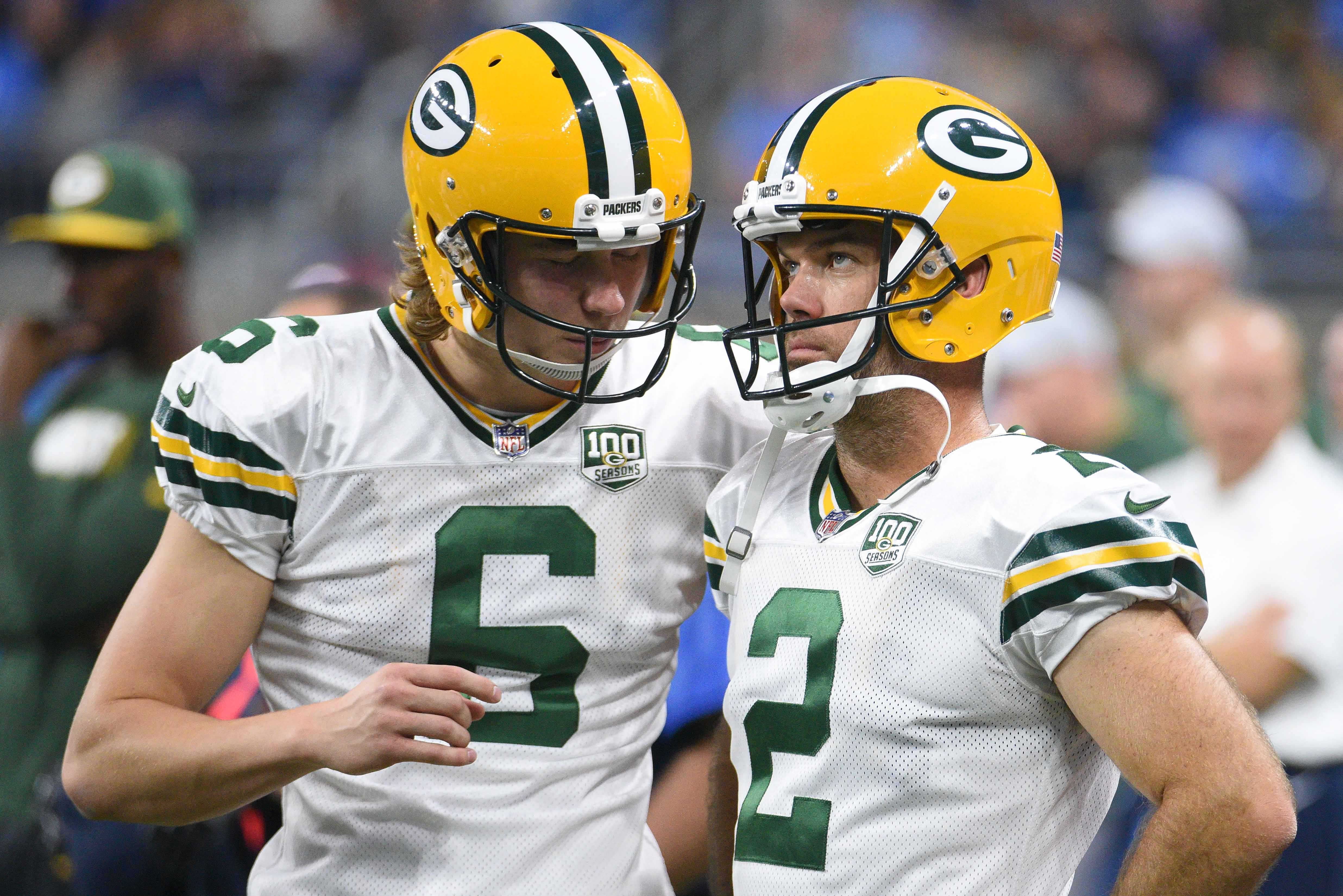 Special teams have been a problem area for the Packers in recent seasons. The team ranked near the bottom of the league in overall special teams efficiency in 2018 with frequent breakdowns on coverage teams, too many penalties and overall inconsistency that cost the Packers chances to win football games.

As a result, special teams coordinator Ron Zook was let go and replaced by Shawn Mennenga who spent last season at Vanderbilt. He has previous NFL experience with the Cleveland Browns.

This is an area the Packers must improve this season if they hope to return to playoff form. Special teams can be the difference in a few games a year. Specifically, the losses in Detroit and in Los Angeles against the Rams were games that could have been decided differently if Green Bay’s special teams performance was even just average.

Here is a look at the Packers special teams and the projected starters as they head into training camp.

Crosby made 30-of-37 field goals last season for an 81.1 percent success rate, right near his career average. He had one disastrous game in Detroit where he missed four field goals and an extra point in a game the Pack lost by eight points. Other than that, Crosby was his usual consistent self. The 34-year-old Colorado alum is the Packers all-time leading scorer. The only issue facing Crosby is his contract. The team could save more than $3 million if they let the veteran go and keep a lower-priced rookie, but would they get the same reliable performance from a newcomer?

Ficken has already been in NFL camps with the Jaguars, Chiefs, Rams and Seahawks. He has made three-of-six field goals in his brief NFL career, all with the Rams. The Penn State alum has a strong leg but has yet to prove he is consistent enough to stick with an NFL team. His time in the NFL all came as an injury replacement Ficken would save the Packers money if he would be the kicker, but would he give the Pack a performance as good as Crosby’s? He has training camp to prove that he can.

Scott had an uneven rookie year. His 44.7-yard average per punt was very good, but he had trouble kicking once the weather got cold. His net average of 38.8 put him in the middle of the pack among NFL punters. Scott has excellent leg strength but needs to get his kicks off a bit quicker. He had one kick blocked last season. Scott placed 19 punts inside the opponents 20 while kicking nine touchbacks. The Pack hopes he will take another step forward in his second season. He has no competition on the roster in training camp this year. Scott was also the team’s holder for field goals and extra points last season.

Bradley won the job in training camp last year and was consistent over the course of the season. He had a few low snaps early in the year but never had an errant snap that prevented a kick from getting off. Bradley does not have any direct competition for the long snapping position in camp this year.

The return positions are up for grabs and wide open. Trevor Davis has the most experience and when healthy, has been a threat on both kick and punt returns. The coaching staff praised her performance as a WR during OTAs which should work in his favor. Tramon Williams is a steady option. He won’t break big returns, but he won’t make many mistakes either. Jaire Alexander returned punts in college but it is unlikely the Packers will want to risk their injury to their young star corner. Jawill Davis returned both kicks and punts for the Giants last season and is certainly capable of earning a roster spot with the Packers if he shines in preseason as a returner. Other rookies may come forward and get an opportunity to audition for the return specialist roles.

A new season and a new coordinator so that should mean some improvement on special teams, right? It can’t get too much worse. Crosby is a steady kicker while Scott has the potential to show improvement this year. Coverage and return teams must be upgraded this year. If the Packers can just get to the middle of the pack on special teams, they could win an extra game or two this year on that basis alone.