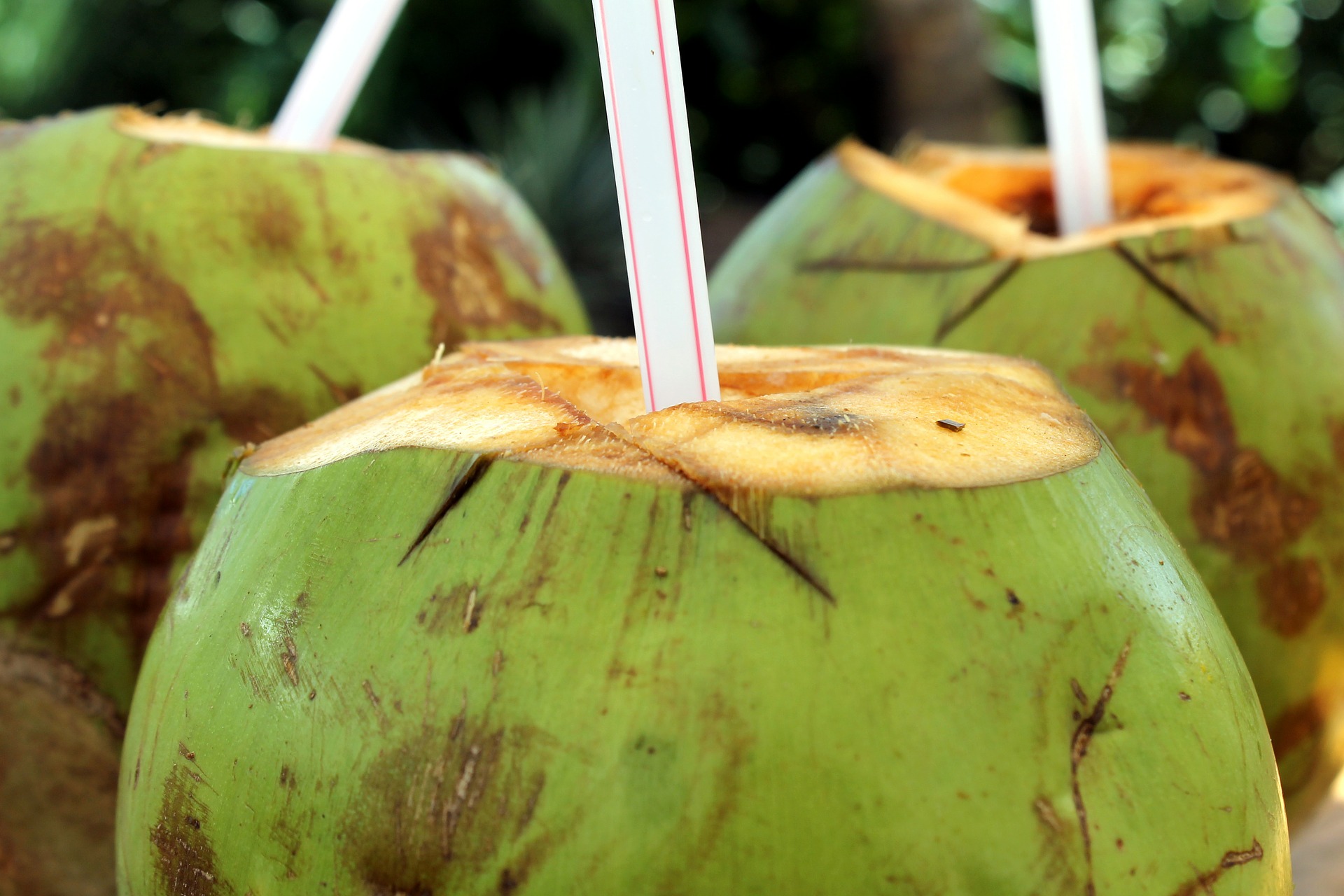 Not to be confused with coconut milk, coconut water is a rich, sweet liquid that sits inside of a ripe coconut. Coconut milk contains natural fats and is derived from the fleshy part of the fruit. Coconut water, on the other hand, is much lower in calories and primarily consists of water and natural sugars.

It’s a common drink in tropical locations, and it has recently emerged as a popular post-workout drink. Studies show that coconut water is just as effective as sports drinks for rehydration. It supplies electrolytes such as:

Thanks to its natural rehydration properties, the benefits of coconut water post-workout can’t be denied. Let’s explore why rehydration is very important after training, what coconut water does for you, and how you can maximize its benefits.

What athletes need after a workout

There’s a reason companies put millions in to cultivating the ideal sports drink. Tons of research and anecdotal data have proven that the right blend of electrolytes, water, and sugars increase performance. During long-duration workouts or back-to-back training sessions, these ingredients raise the bar.

An athlete’s primary concern after training should always be rehydration, as people are notoriously bad at noticing when they’re dehydrated. Even though performance starts to drop with slight fluid loss, even below 2%, athletes and trainees still voluntarily dehydrate themselves during training. It’s not uncommon for people to lose 5 lbs or more in fluid in an average session.

Water and electrolytes keep your body performing at its peak – not just on the field or in the gym, but in daily life as well. Electrolytes, such as sodium, potassium, and magnesium, help maintain fluid levels to regulate body temperature, blood pressure, and deliver important nutrients to your muscles and brain.

Post-workout electrolytes are key to restoring optimal levels of function.

Glucose is your best friend during high-intensity exercise. Both anaerobic and aerobic metabolism require glucose to produce energy. The breakdown of glycogen stores can help, but after extensive periods in high demand, those start to run out.

Fortunately, you can feed your muscles glucose directly through simple sugars. Consuming sugar refuels your cells and restores the stored energy. It’s like recharging the battery on your phone. If you spend all day wearing it out, you plug it back in to recharge. That way, you can use it again the next day without any drop in performance.

Nothing beats good ol’ H20. Our bodies are mostly water, and without it, neither of the other two nutrients really stand a chance. Of course, if you can, combine all three. That’s why you’ll find some combination in all sports drinks, including coconut water.

Potassium helps control muscle contraction and prevent muscle cramps, and one cup of coconut water contains more of it than a banana. Given that it’s a liquid, it gets absorbed faster than a banana as well. It’s the quickest way to get one of the most important electrolytes into your system after a workout.

As a pure liquid from the center of a fruit, coconut water is rich in natural sugars. According to one study out of Brazil, at least half of that is glucose. The best brands utilize natural sources alone instead of adding additional sucrose.

According to the chemical breakdown, coconut water is almost 95% water. It’s in the name, so you shouldn’t be surprised. While many companies tout the benefits of its other nutrients, we shouldn’t forget about the most basic performance-enhancing, post-workout nutrient that exists.

What coconut water is missing

Coconut water, unfortunately, isn’t a great sodium source. It has less than a third of the amount as your average sports drink. While it does have more sodium than water, you could just dissolve salt in to your bottle and get more of it than coconut water.

A single liter of sweat flushes out over a thousand milligrams of sodium. Therefore, high-intensity sessions, especially in the heat, require replenishment. Coconut water helps provide other electrolytes, but the best post-workouts feature sodium as a primary ingredient.

If you like the taste of coconut water, there’s no reason you shouldn’t enjoy its benefits. Look for natural coconut water with little to no added sugar. Keep it in the refrigerator for a nice refreshment after conditioning on a hot day.

However, if restoring electrolytes from sweat is your primary concern, consider adding sodium to the mix. Research shows that sodium-enriched coconut water works best, but I’d be willing to bet that adding table salt into this delicious drink sounds less than appetizing. Instead, try mixing coconut water with a sports drink.

You could also choose a post-workout supplement featuring coconut water and salt, but in pill form. The NCAA recommends that athletes drink 16-20oz of water after training for each pound of fluid loss, so make sure to take it with enough water.

Post-workout nutrition can make or break your recovery. While everyone else is reaching for their protein shake, understand that coconut water might be a better choice. After putting in the hard yards during practice, you need to replenish your fluid balance and glycogen stores. Coconut water is a delicious, all-natural way to hit all three.

We believe that the best Post-Workout supplement (that contains coconut water powder) is Performance Lab Post. After doing tons of research, we can confirm that it’s the cleanest and highest quality product that helped us recover from intense exercise much quicker than normal.

Elite athletes know how to turn it on and give their best performance every day. Maximize your post-workout nutrition so you don’t get left behind.