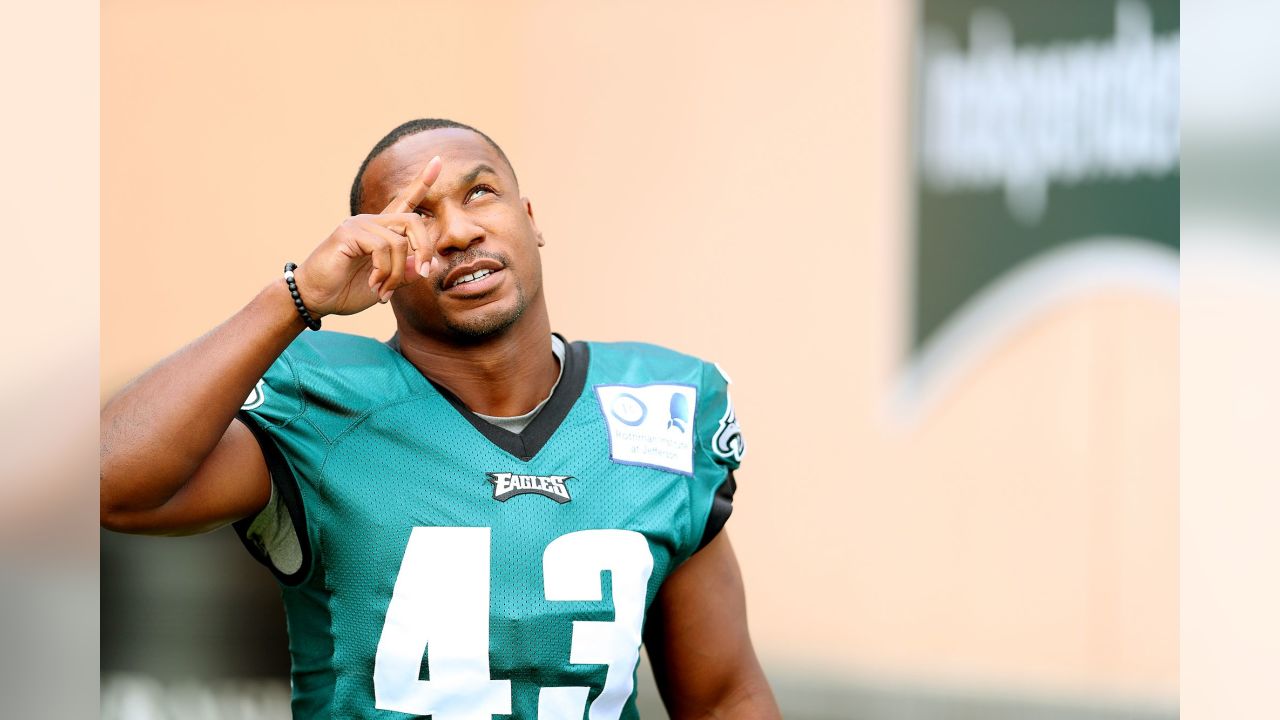 It’s kinda cool, signing Darren Sproles to his final NFL contract. In case you’ve been lost at sea the past ten years or so, Sproles is going to be a first-ballot Hall of Famer. Okay, maybe second year of eligibility…

My only beef with the signing is it mucks up the logical succession of younger running backs on the Eagles roster.

Just having Sproles around for Training Camp is an educational plus for all the running back candidates— plus, he has a Master’s Degree in Punt Return Process.

REALITY KICKS IN— Sproles may not survive Training Camp. The injury bug has had it in for him for the past two seasons. Why do the Eagles think Sproles has a chance to play 16+ games in 2019?

MY GUESS— EYE don’t think the Eagles actually think they will get a full productive season out of Sproles, nor do they care.

If they expect to get anything, they are looking at the mentorship Sproles brings to the RB Room and the Special Teams Room. Anything else harvested on the field of play in a meaningful game is a plus.

Of course we don’t know the exact ramifications of this one-year contract yet (as of this writing 7/20/19). If any major portion of it is guaranteed, then Sproles will play RB and PR until he drops.

Sproles (5-6, 185) played college ball at Kansas State, where he is the all-time leading rusher, and was drafted by the San Diego Chargers in the fourth round of the 2005 NFL Draft.

Sproles was named as a kick returner on the Chargers 50th Anniversary Team. He joined the New Orleans Saints in free agency before the 2011 season, and broke the NFL record for most single-season all-purpose yardage the same year, with 2,696 yards. During that season, he set career highs with 603 yards rushing (6.9 yards per carry) and 710 yards receiving and a combined total of 9 touchdowns. Sproles is the first player in NFL history with 2,200+ all purpose yards in 4 different seasons (2008–2011). Sproles is currently ranked 6th in career all-purpose yards in NFL history (19,020 yards).

But that Sproles has left the building. Perhaps his biggest skill right now is knowing when to fair-catch a punt, when to run away from a punt, and when to return a punt— and also the discipline to secure the football no matter what.

Other reasons I like Sproles even though he may be at the end of his football career:

-He has been conquering a speech impediment he has had since childhood.

On March 13, 2014, Sproles was acquired by the Philadelphia Eagles in exchange for a 2014 5th-round draft pick. Drew Brees was quoted after the trade: “You only see a Darren Sproles type of player come around once in your career.”

Here’s a typical box-score line for Sproles when he played totally healthy for the Eagles: 15 carries for 66 yards, 4 catches for 34 yards, and 5 punt returns for 115 yards.

Those days are gone. But still notable is Sproles’ reliability and ball security. In five seasons with the Eagles, Sproles has only lost a fumble twice. That’s pretty remarkable considering his size and weight.

He also seems to genuinely love playing for this franchise.

“My heart is in Philly. That’s where I want to end my career,” Sproles said. “That team, the city is like a family.”

Not too difficult to see Sproles as an assistant coach here someday, if that’s what this one-year contract is really about?