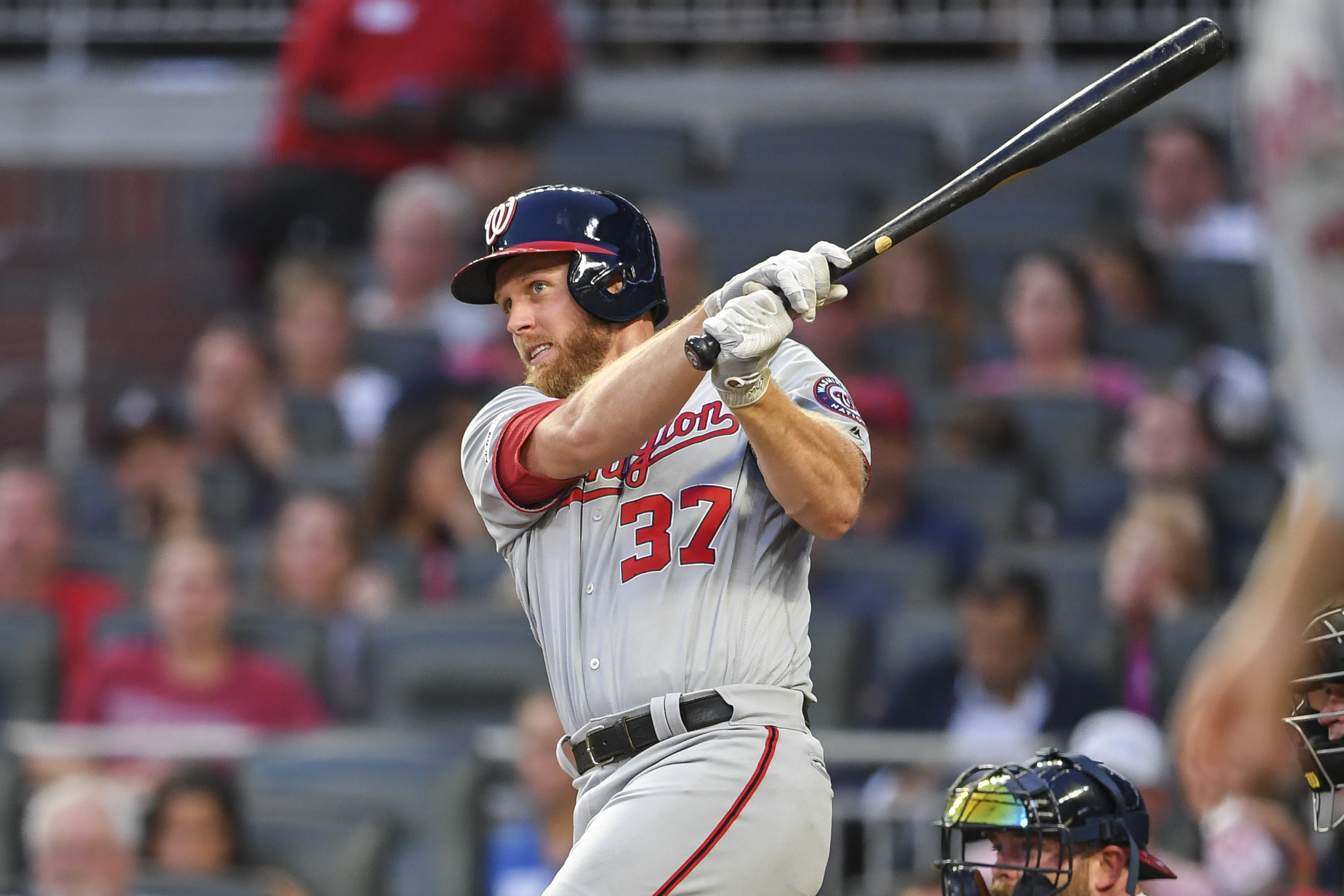 Washington Nationals starting pitcher Stephen Strasburg of San Diego, CA made Nationals history on Thursday. However Strasburg did not make the Nationals record books for his pitching, but for his hitting ability.

In a 13-4 Washington blowout win over the Atlanta Braves on Thursday from SunTrust Park in Atlanta, GA, Strasburg became the first pitcher in Nationals/Expos history to collect two hits in one inning and five runs batted in during one game. Strasburg initially made Nationals/Expos franchise history in the third inning when he collected a home run and single.

During the eight run Nationals inning, Strasburg began the inning with a single to center off of Braves starting pitcher Kyle Wright. He then hit a three run home run off of Braves relief pitcher Touki Toussaint which also scored second baseman Brian Dozier and center fielder Victor Robles, which put the Nationals up 8-1 at the time.

Strasburg then collected his third hit of the game and set the RBI mark when he singled off of Toussaint and scored Dozier and Robles again. Interestingly, Wright and Toussaint were both optioned to Gwinnett of the Independent League following the game as Atlanta called up pitchers Patrick Weigel amd Wes Parsons.

The Nationals are playing their best baseball of the season. In their last 18 games, the Nationals have a strong record of 14 wins and four losses. They have also moved to within five and a half games of the Atlanta Braves, which lead the National League East.

Even though Washington is not leading the National League East, they are the present holders of the first wildcard spot in the senior circuit with a record of 51 wins and 44 losses. The fact that Washington is in a playoff spot might come as a surprise to some as the franchise lost star outfielder Bryce Harper in the offseason. Harper is in his first year of a 13 year contract with the Philadelphia Phillies.