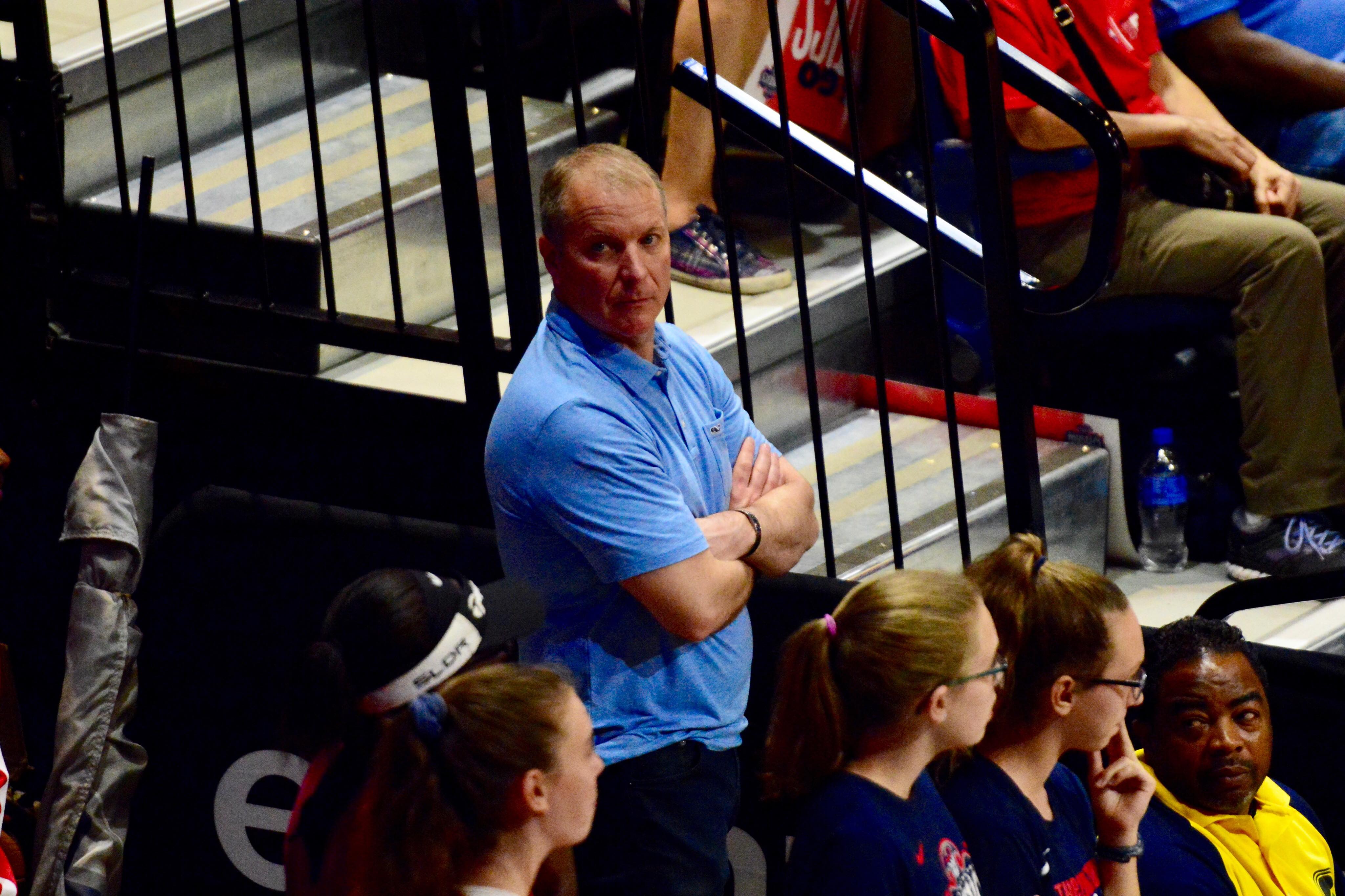 The Washington Wizards have gone over three months without a permanent figure to head their front office since dismissing Ernie Grunfeld on April 2, after 16 seasons. Similar to what the Washington Capitals did after firing George McPhee, the Wizards are promoting from within. Tommy Sheppard will have his interim tag removed as he becomes the full-time general manager for the upcoming 2019-20 season. The Athletic’s Fred Katz was first to report the imminence of the move and Hoop District later confirmed the news. Washington will likely hold a press conference within the coming days, as early as Monday, July 22.

This news is not surprising as there have been rumors since the Mystics home opener on June 1 that Sheppard would remain a key decision maker for Washington during the upcoming season. It was just unclear whether that would be as the top guy or someone else’s deputy. Sheppard, 50, will be entering his 25th year in the NBA and his 17th with the Wizards. The former Senior Vice President of Basketball Operations has been running the team since Grunfeld’s firing. Here is a list of the moves that Sheppard has made in his short time as interim general manager as it was these transactions that got him the final job with team governor Ted Leonsis:

With limited assets and no cap space, Sheppard has done a decent job keeping the books clean to possibly contend in 2020-21. Then, they will have John Wall, Bradley Beal (as they hold firm on not trading their franchise player), Troy Brown Jr., Rui Hachimura, Thomas Bryant as well as another first-round pick and some cap space with Ian Mahinmi finally off the books. Of course, there is no guarantee Sheppard will still be in charge, but his chances are better now that Leonsis has shed his interim tag. The likes of Frank Ross, Brett Greenberg, and Ed Tapscott likely also receive greater responsibilities in the restructured front office presuming Washington does not add any major players to the group. There are rumblings of greater restructuring of the organization at the top, though.

Immediately after Grunfeld was fired, Leonsis preached patience for introspection that he initially estimated to take two to three weeks but the search for a new front office head dragged on. It was clear that Leonsis was in the dark about his basketball organization, which he claims is not how he runs his other business ventures, which was puzzling. The Monumental Sports and Entertainment owner was rebuffed by Denver’s Tim Connelly and then made a fruitless Hail Mary attempt at Toronto’s Masai Ujiri. That lengthened the search process and made the Wizards look bad in the eyes of public opinion. Sheppard was caught in the awkward middle, but maintained that he did not worry about the lack of job security.

Tommy Sheppard on Ted Leonsis's public support that he will run free agency: "I've never looked left, right, up or down. I just do the job he trusts me to do. I'm very grateful for that. We communicate everyday. I didn't need him to say the things that he said." pic.twitter.com/SIjZJHe9QG

The timing of Sheppard’s interim tag is also telling. Washington can offer Beal a three-year extension in a week and the only way he is even tempted by it is if the organization can show stability and a vision forward that appeals to him. It is unlikely the All-Star shooting guard signs because it would be for a lot less money and he could see how things really turn out during the upcoming re-tool next season. Beal has said on and off the record that he is committed to the organization because of his underrated sense of loyalty. Leonsis and Sheppard, as well as head coach Scott Brooks, have also stood firm that they will not trade Beal despite every possible team inquiring about the 26-year old star.

The 2019-20 season is going to be rough for Washington. They are almost certainly lottery-bound and even potentially looking at a top-5 pick by winning less than 30 games. Sheppard has already attempted changing the miserable culture that was established under Grunfeld and those within the organization already appreciate the change. The question now is if Sheppard receives a contract extension beyond next season and/or how long of a leash Leonsis gives him before starting completely fresh with a new coaching staff as Brooks’ contract expires in two years. After longtime play-by-play announcer Steve Buckhantz was not brought back after 22-years, one former Wizard said, “organization is going in very bad direction.” Not completely relevant to the basketball, but certainly provides context about Leonsis’ leadership.