Your Morning Dump... Where John's right, Let it go. 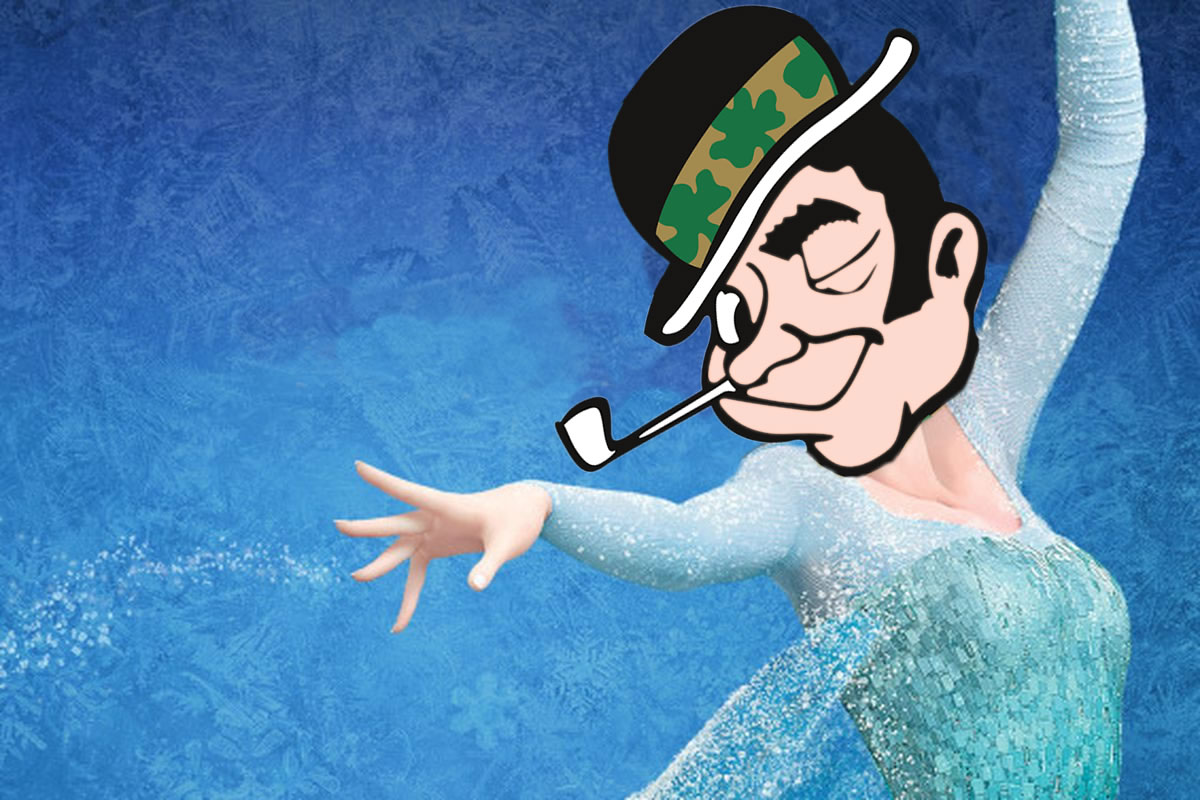 Your Morning Dump... Where John's right, Let it go.

Whether you are someone who falls into one of these two beliefs or somewhere in between, there is one thing that is absolutely true right now.

Now that new details about the when and where of it all are coming about, there’s a tendency to play the jilted ex and scream “I knew it!” from the rooftops, even while holding hands with your new love.

The Irving departure reminds me of nothing so much as the Doc Rivers situation.

And, as with Rivers, I expect that there will be a sizable section of Celtics fans—the kind who enjoy being angry about things—that will never, ever let this go. Was Rivers clearly disingenuous about his reasons and his motives for jumping ship back in 2013? Absolutely. Had he earlier committed to coaching the team through a rebuild? Absolutely.

Did the Celtics make an upgrade by replacing him with Brad Stevens? Absolutely.

Will Kyrie Irving be disingenuous about his reasons and motives for leaving? Absolutely. Did he commit to the Celtics long-term? Absolutely.

Did the Celtics make an upgrade by replacing him with Kemba Walker? Possibly.

So here’s the deal: When the next season rolls around, and when the Celtics—for a variety of reasons, including the departure of Rozier and the maturation of young players like Brown, Smart and Tatum—outperform the low bar set by this past season’s team, for the sake of your mental health, let it go. Kyrie don’t care if you’re pissed off that he left. I asked him. Nobody cares if you’re pissed off that he left. Unless you, personally, have something to gain by carrying a grudge, why go to the effort and trouble of doing so?

Ainge, in his regular appearance on the Toucher & Rich show also had this to say:

“A lot of people put a lot of heat on Kyrie to be the guy that was supposed to be this great leader, it was his responsibility to lead everybody and I continually tried to remove that pressure from Kyrie and just be yourself. Just go play. Just have fun. Find joy in the game. Quit trying to be something you’re not and just forget about all this nonsense about how you have to get other people involved, you have to be the leader of the team, you have to be superman to our team. That’s not — he doesn’t need to do that. And I think he did feel that burden that he had to be too much and he wasn’t able to do that.”

This squares with what we’ve come to know about the Celtics organization, especially with Stevens as head coach: Nobody expects you to be something you’re not. Irving has a particular set of skills, and the C’s were willing to make him a max offer regardless of whether those skills included Team Leadership™. It’s people outside the organization that were beating that drum.

Page 2: Where Danny’s upset about tampering?

According to ESPN’s Brian Windhorst, appearing on the Hoop Collective podcast with Jackie MacMullan and Tim MacMahon, the Celtics weren’t thrilled with how Horford’s free agency played out.

“The Celtics were, from what I am told, one of the teams that kind of stomped their feet with what they thought was tampering,” Windhorst said. “Not with Kyrie, with Horford. What happened with Horford, from what I am told, really upset the Celtics. They were thinking they were going to be able to negotiate with him, talk to him about a new contract and all of a sudden it was like, he already knew what his market was and what was out there.”

Brian Windhorst is, like Rich Paul, someone whose rise to prominence is predicated almost entirely on his access to LeBron James.

I put little, if any, stock in this report. As Jackie Mac pointed out, the Celtics certainly reached an understanding with Kemba Walker well before 6:00PM on Sunday the 30th.

Further, “he already knew what his market was and what was out there” is precisely the sort of tampering that the NBA tacitly encourages and which is, indeed, essential for the league to operate smoothly.

Nobody, and I mean nobody in the league office is going to go after an agent for contacting various teams during May and June and asking, ‘ok, so, are you interested in my guy? And if so, can you give me a ballpark contract figure?’ Nor are they going to go after a team for contacting a player’s agent and saying, “We’ve got $X available, would your guy be willing to play here for that amount?”

Markets work most efficiently when information is diffused as widely as possible. Tampering, up to a point, ensures that information is readily available to all market participants.

The Celtics front office is as skilled at playing realpolitik as any in the league, and they’re well aware that tampering, like star treatment officiating, is part of the de facto world of the NBA. As Westerholm goes on to say, if the Celtics did complain about the Horford scenario, it was probably due to some very specific action—and not necessarily an action taken by the Sixers.

NBC Sports: Kanter a wild card, both on & off the court