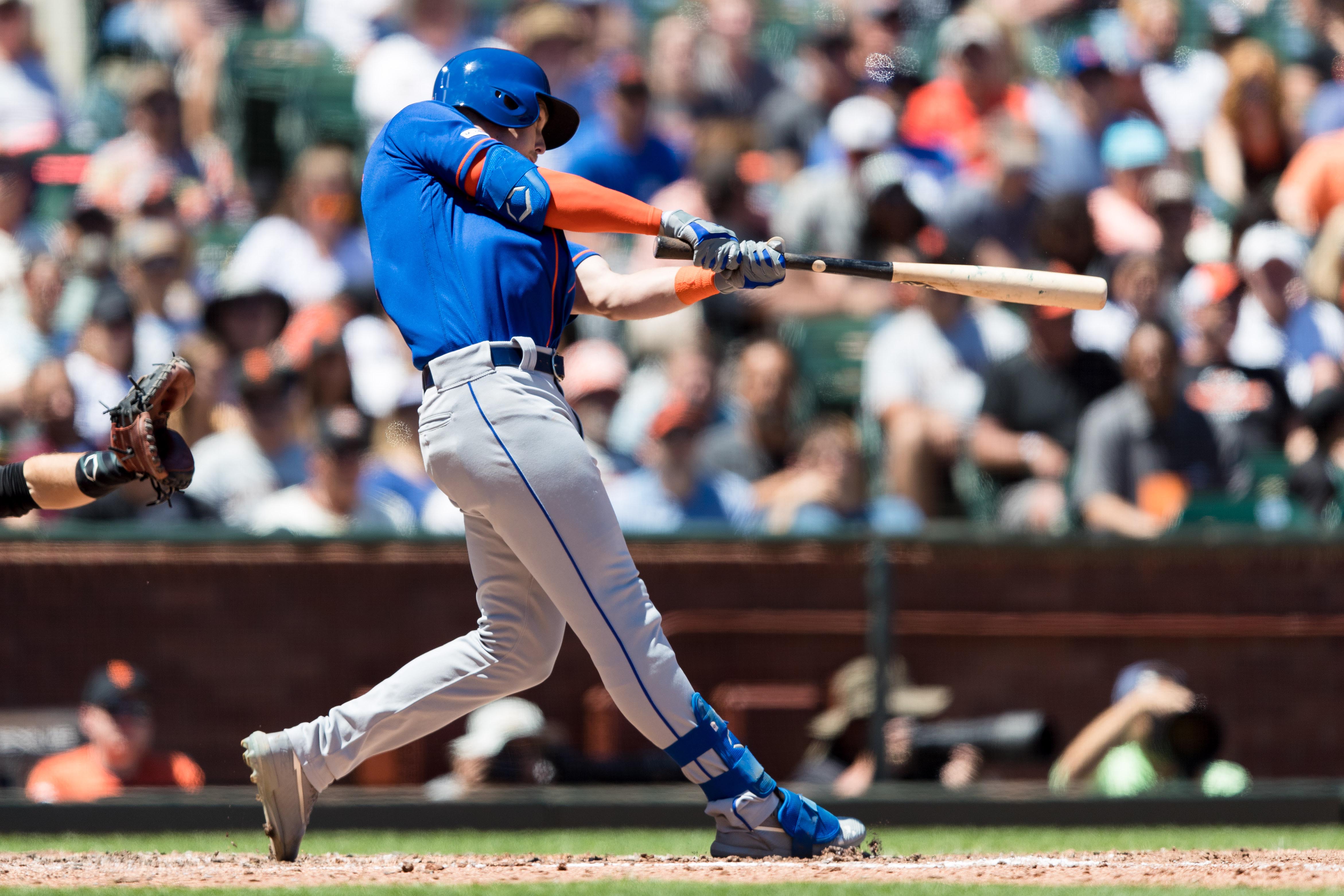 After scoring just two runs over two days, the New York Mets (45-53) finally put some offense on the board today. The Mets broke out the lumber in spades, slugging four homers in an 11-4 win over the San Francisco Giants (49-50). With the victory, the Mets snapped a two game losing skid with a laugher.

Dominic Smith got the party started for the Mets, driving in a run with a single in the second and launching a solo shot (10) in the fourth. Jeff McNeil doubled the lead with a two run blast (9) off Jeff Samardzija (L, 7-8) to make it 4-0. The Giants got one back in the fifth, but Todd Frazier immediately responded with a solo homer (13) in the sixth. The big blow came from Pete Alonso, whose pinch hit three run bomb (33) in the sixth made it 8-1.

That would be plenty of run support for Mets’ starter Walker Lockett (W, 1-1), who held the Giants to one run on five hits in five innings of work. Lockett used his curveball to tremendous effect in this outing, keeping the Giants’ hitters off balance all day long. The game ended up turning into a complete laugher, which gave us this gem from Keith Hernandez.

Keith: “Those 2 gentleman don’t have a chance” pic.twitter.com/DYzyzCDM6f

Today’s Player of the Game Award goes to Mets’ first baseman Dominic Smith. Smith went 3 for 5 with a homer and drove in four runs to help pace the Mets’ offense.

The Mets will look to wrap up their road trip by securing a series split with the Giants tomorrow afternoon. Steven Matz (5-6, 4.87 ERA) will face off with Drew Pomeranz (2-9, 6.10 ERA) in the all-lefty pitching matchup. First pitch for the game is scheduled for 4:05 p.m. at Oracle Park.