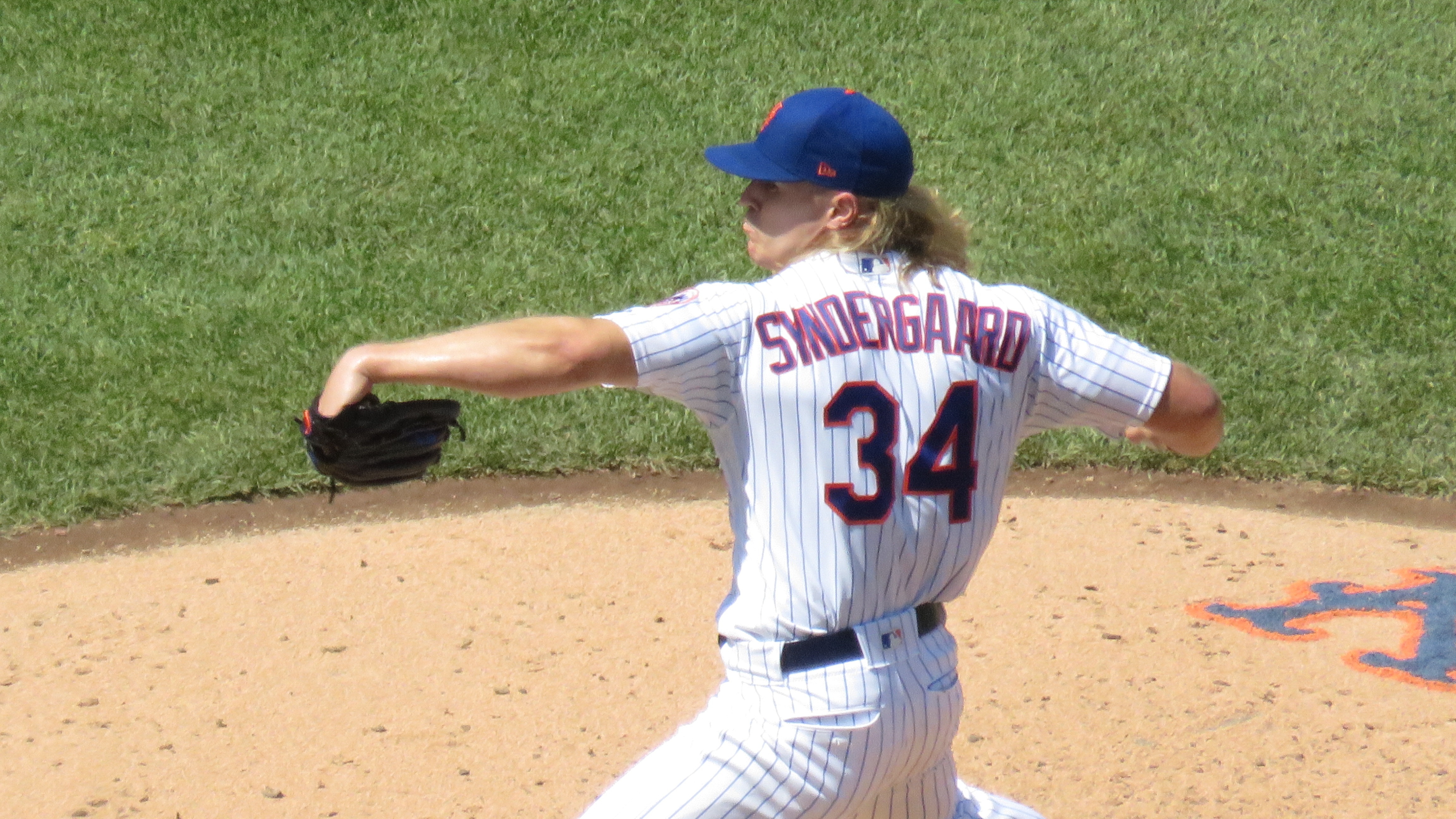 Seems we have another completely avoidable battle during the 2019 season. Handsome Art Howe vs Tim Healey, Brodie Von Monorail vs a chair, and Life vs the Mets’ bullpen have been the two main fights this season. The origin of this latest battle is a surprising one.

Anthony DiComo covers the Mets for MLB.com and has never struck anybody as somewhat inflammatory. Team beat writers for Major League Baseball generally aren’t around to cause problems or be tabloidy. They’re embedded with the team and being paid by the league to do it. So in a diluted way, the Mets are partially his employer. Ruining relationships isn’t really in their best interests.

But DiComo seems to have ruined one with a strange tweet after the Mets’ 16 inning loss on Thursday.

After one of the tougher Mets losses of this season, there was a pretty stark difference between losing pitcher Chris Mazza, who stood in front of his locker and answered every question, and starter Noah Syndergaard, who bolted the clubhouse without answering any.

If there was ever a time for a “sir, this is an Arby’s” response, this is it.

Now I say the following as somebody who defends the media more often than not. They have a job to do which requires access. They require access to tell the story of the game that just happened. If a starting pitcher gets bombed, if a reliever blows a save, if a position player makes a huge error or strikes out to end the game, their soundbites are central to the story. If a player ducks is responsibility to the media after performances like that, it doesn’t reflect kindly on the player. And if I were to ever talk to a player about dealing with the media, I would simply tell them that being accessible after games like that just saves you a lot of heartache. If you think a writer is unnecessarily harsh on a player for not being accountable, that’s one thing … and that’s a separate conversation. But giving the media three or four cliches isn’t nearly as annoying as dealing with the fallout of what writers will write if you don’t.

I’m sure it’s at least a small part of what Travis d’Arnaud was talking about when he recently said “it’s different over there.”

Now all that said, why would you pick a fight about not having quotes or sound bites from a player who really wasn’t central to the story of the game? What did Syndergaard have to be accountable for? Because honestly, any question a writer who is with the team every day would want to ask Noah Syndergaard that didn’t have anything to do with the game could be asked at any time. Trade rumors, matching up with Madison Bumgarner, gnomes … you could ask him about that any day of the week. It’s a dumb, pointless fight to pick.

For the sake of comparison, Mike Puma of the Post and Deesha Thosar of the Daily News, and made no mention of Syndergaard’s post-game no-show in their game articles or on their twitter feeds. Probably because it didn’t matter. Tim Healey of Newsday went one step further, writing a piece specifically on the return of Syndergaard’s slider without one quote from Syndergaard. He didn’t whine about it on Twitter either. He took what was available and made chicken salad out of chicken soup (or something). DiComo, who also wrote a game story without mentioning Syndergaard’s no-show, picked a fight out of thin air and it makes absolutely no sense.

And yes, let’s credit Chris Mazza for sitting there and taking every question the media threw at him last night. Good for Chris, and I don’t mean that sarcastically. But c’mon, a pitcher who had something like three major league appearances under his belt is going to blow off the media? Really? If DiComo wants to talk about the difference between Mazza and Syndergaard, it’s that Mazza’s quotes are central to the game story, and he was needed last night. Nobody needed Syndergaard’s quotes to write their game stories. That’s the difference.

Of course, Syndergaard fired back.

This is what you go with after a tough 16 inning marathon loss? Anthony, I have been nothing but respectful and professional with you over the years. If you had issue w me, talk to me in person like a man. This is below you, you’ve changed our relationship in 1 tweet. Congrats

Here’s what I would be interested in knowing: Did the Mets send Syndergaard home early for any reason? What was their response when the media asked for Syndergaard? Did they give an explanation? Is there any context at all which makes any of this make sense? My tin foil hat theory was that the Mets were trying to surreptitiously set up a war to make Syndergaard look bad so that fans would turn against him, making him easier to trade. It would be somewhat palatable except that not even state run media ran with the story, and the SNY pre-game show made no mention of it. So what the hell, Anthony?

This entire season just confuses me.