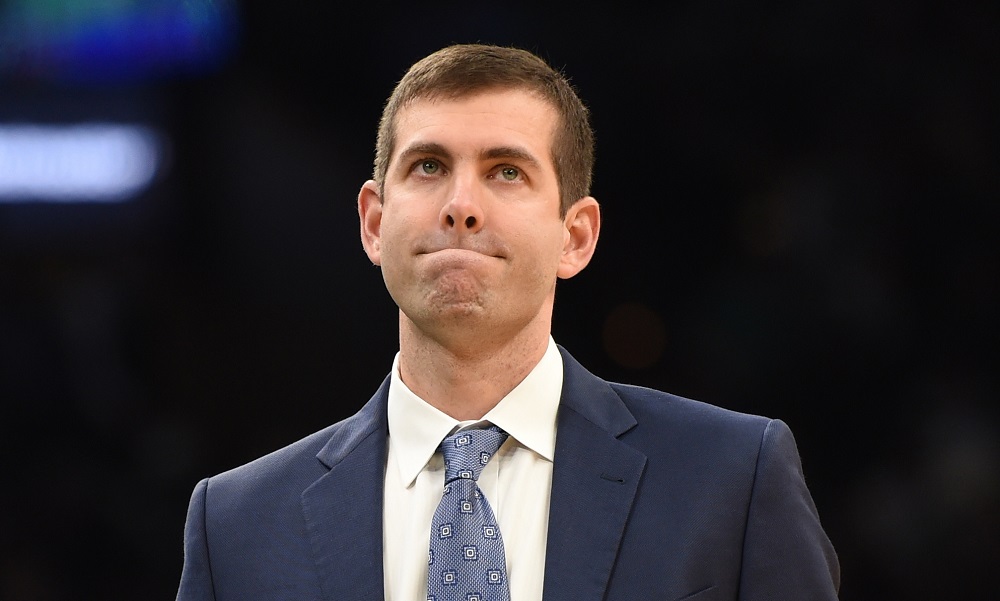 3. How much will last season’s inactivity when it comes to managing assets cost the Celtics in the long run?

Part of this is beyond Boston’s control as they remain committed to contending last season but it’s hard not to look at how other teams fared with free agents around the league and how the Celtics ended up. The Warriors got D’Angelo Russell for Kevin Durant. The Sixers got Josh Richardson for Jimmy Butler. The Raptors lost Kawhi Leonard for nothing but won a title in a process. Meanwhile, the Celtics saw their best two players walk away without getting any compensation. Some of that was a reflection of circumstances of the teams pursuing them having max cap room but the C’s did have outs during the course of last year to hedge against that, particularly with Irving. Additionally, Terry Rozier could have fetched a protected first-round pick last summer but was held onto for ‘Kyrie’ insurance. Marcus Morris had his best season to date but the team declined to sell high on him at the trade deadline and saw him walk away for modest money elsewhere. Staying patient with draft picks (Kings first-rounder) also came back to bite Boston as well.

From an asset management standpoint, things could not have gone much worse for Boston. Luck had something to do with that but a lot of these were decisions within Boston’s control. They left themselves with a very small safety net and a lot of faith they would be able to retain key pieces and add big ones after this season. The cupboard is far from bare at this point but there is more pressure than ever now on the C’s young players to develop. Without them maximizing their form, last season could haunt Boston’s contending chances for years.

When you see all these facts spelled out in a couple of paragraphs, yeah, it stings a bit.

I’m trying to be optimistic about this coming season. It’s encouraging that the Celtics got Kemba Walker to replace Irving and Enes Kanter to replace Horford.

However, Ainge must be faulted for letting four key players leave Boston and getting nothing in return. (Technically, in the Kemba-Rozier sign-and-trade, the Cs did get a second-round pick, but they also gave one back.) Kanter’s skills don’t comparably fill the void left by Al, and no one has truly replaced Baynes. Don’t forget Yabusele – a 16th pick – being cut outright after two seasons of not developing.

Only one conclusion can be reached: the Celtics have clearly taken a step back.

Contrast that to the Lakers, whose front office is a dumpster fire, yet they ended up with LeBron, the Brow, Boogie, and a strong chance of (ugh) going to the Finals.

Admittedly, my complaints about the Cs are complete hindsight. Nevertheless, Danny is normally able to anticipate and prepare for everything. This time, he didn’t, and it shows in the roster, especially the lack of experience on Boston’s bench.

Can the Celtics remain competitive this season? Can they win 50 or so games and get to at least Round Two of the playoffs? Sure, if Kemba is All-NBA again, the pre-injury Hayward returns, the Jays make the leap, Timelord figures out some things, the rookies contribute, and Brad rediscovers his coaching mojo. In other words, everything will need to go exactly right.

Last season, we expected the best and got the worst. I’d like to say that it’s better to have lower expectations for this coming season, but that would be fooling ourselves. The NBA title is completely up for grabs and there are more legit title contenders now than in any season I can remember. It’s tough to accept that the Celtics are not among them.

On Page 2: Man of the people

The draft, free agency frenzy and summer league have all come and gone, and that means the NBA offseason has finally begun. The league is never far away from the headlines, but the next few weeks should be relatively quiet. Blog content will be in short supply.

So we appreciate new Celtic Enes Kanter making the effort to connect with the fans and show off his newly acquired Celtics Pride. As Chuck wrote this week, the big guy is quickly becoming a fan favorite.

Related – Boston.com: ‘I’m loving this place’: Enes Kanter gave an inside look at his favorite parts of the Celtics’ practice facility

Enes is a good teammate, too, and he made a smart move yesterday by connecting with Tacko Fall: Folk Hero. Hanging with Tacko is a sure way to snag thousands of Twitter likes.

And then there’s the growing beef (maybe real, maybe staged) between Enes and TV troll Nick Wright. They’ve been sniping at each other on Twitter, and yesterday the former Celtic went at Wright.

Enes kanter is a beast https://t.co/5SXWa0oBNX

Turner and Kanter were teammates in Portland for only about three months this past season, so I’ll take ET jumping in as a sign that Enes is well-liked in the locker room. We definitely could use more of that next season.

Finally, in the real world, Kanter is not your typical hooper. He has friends and enemies in high places.

No one can say that having Kanter in Boston will be boring.