Clayton Kershaw has reached back for something familiar 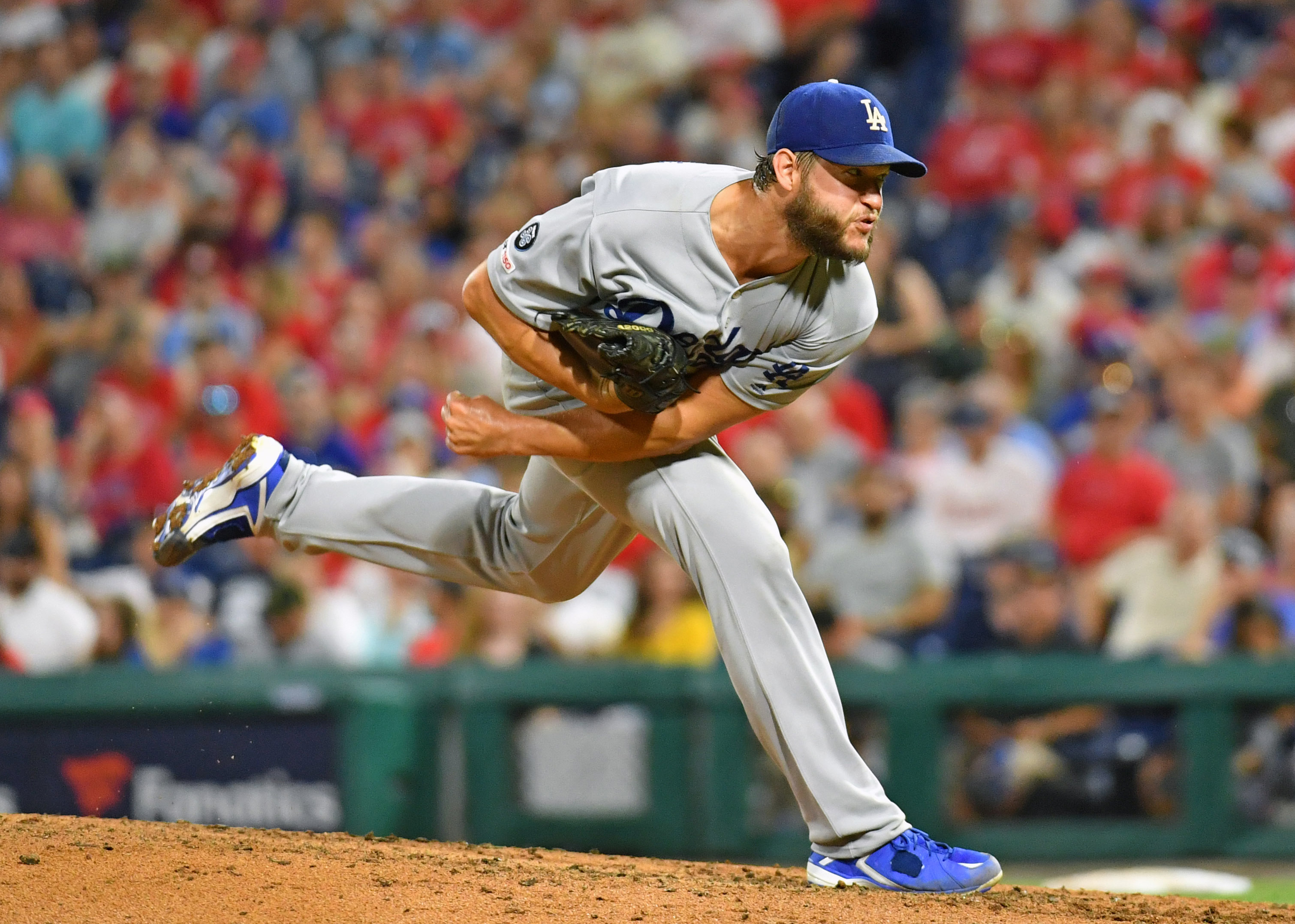 Clayton Kershaw has reached back for something familiar

It’s a new year, but the Los Angeles Dodgers have found themselves in a familiar situation. They not only enter Monday’s games with baseball’s best record (67-35), winning percentage (.657), and run differential (+165), but the next-closest team to them in the National League West is a full 16 games behind them.

So with the trade deadline fast approaching, Andrew Friedman and his front office are looking for players to help them reach their third straight World Series and finally get them over the hump. One of their many assets already on the roster, though, is left-hander Clayton Kershaw.

While Hyun-Jin Ryu is stealing the Cy Young spotlight that always followed Kershaw earlier in his career, the southpaw is putting together yet another productive campaign. And after starting the year on the injured list, Kershaw has actually been healthy, which is a huge plus. Through 111 innings pitched, the veteran is 8-2 with typical Kershaw-like stats: a 2.84 ERA, 3.70 SIERA, 1.02 WHIP, 24.7% strikeout rate, 4.3% walk rate, and 2.6 fWAR.

His 1.14 home runs allowed per nine innings is elevated for the third consecutive year, but it could be a lot worse when looking at his quality-of-contact numbers. While Kershaw’s 21.4% soft-hit rate is on pace to be above 20.0% for the fourth straight year, his hard-hit rate allowed has continued rising at an eye-popping rate.

In fact, if we take a look at qualified starting pitchers from this season, that hard-hit rate allowed from the Dodgers’ long-time ace is among the 15 highest in baseball. When thinking about how dominant Kershaw has been throughout his career, seeing his name pop up here a few years ago would’ve sounded ridiculous.

The good thing, though, is that it hasn’t impacted other parts of his peripherals.

But the Rest of His Batted-Ball Profile Is Cool

With such a dramatic rise in hard-hit rate allowed, attempting to control the batted-ball events produced becomes even more crucial. Although home runs are up against him in 2019, Kershaw has done a terrific job at getting hitters to do what he wants them to do.

Kershaw’s 29.8% fly-ball rate is below his career average (33.5%), but it’s actually slightly higher than last year’s 29.6% clip. The key here is his infield-fly rate, which is all the way up to 17.8%. This is something that’s been missing from his game for a few years. After posting a 15.1% mark in 2016, it fell to 9.7% and 7.5%, respectively, over the next two years before his current number. And, by the way, that percentage is on pace to be a new single-season career high.

So, how exactly has he been doing this? Is it a huge change in pitch mix since a lack of fastball velocity forced some kind of reinvention? Eh, kinda, but not really.

The Kershaw Curveball Is Back

There aren’t many prettier things in baseball than watching Clayton Kershaw throw a curveball. I mean, just check it out in the tweet below — some of his patented benders are featured from his most recent start against the Miami Marlins:

While this offering of his has always been top notch, its effectiveness had gone down over the last couple years. Things are heading back in the right direction in 2019, though. Check out how Kershaw’s strikeout rate and wRC+ allowed have progressed:

The results with Kershaw’s curveball were never “not good”, but something was clearly going on from 2017-18 when compared to the previous years. Seeing him take a step forward with this offering again in 2019 is a wonderful thing.

Having built up such a huge lead within the division, the focus for Los Angeles will be to maintain it while focusing on getting prepared for October. And for Kershaw, this is his white whale. Through 152 playoff innings, he’s 9-10 with a 4.32 ERA, a number he hasn’t sniffed in the regular season since he was a rookie (4.26).

If anyone is up for the challenge, it’s Kershaw. Following an offseason in which he trained a little differently, he must be feeling confident about overturning the narrative. At least, he has to be — that’s the only way he’ll even have a chance of make it happen.