Down in the Dominican: DSL Indians July 8-20 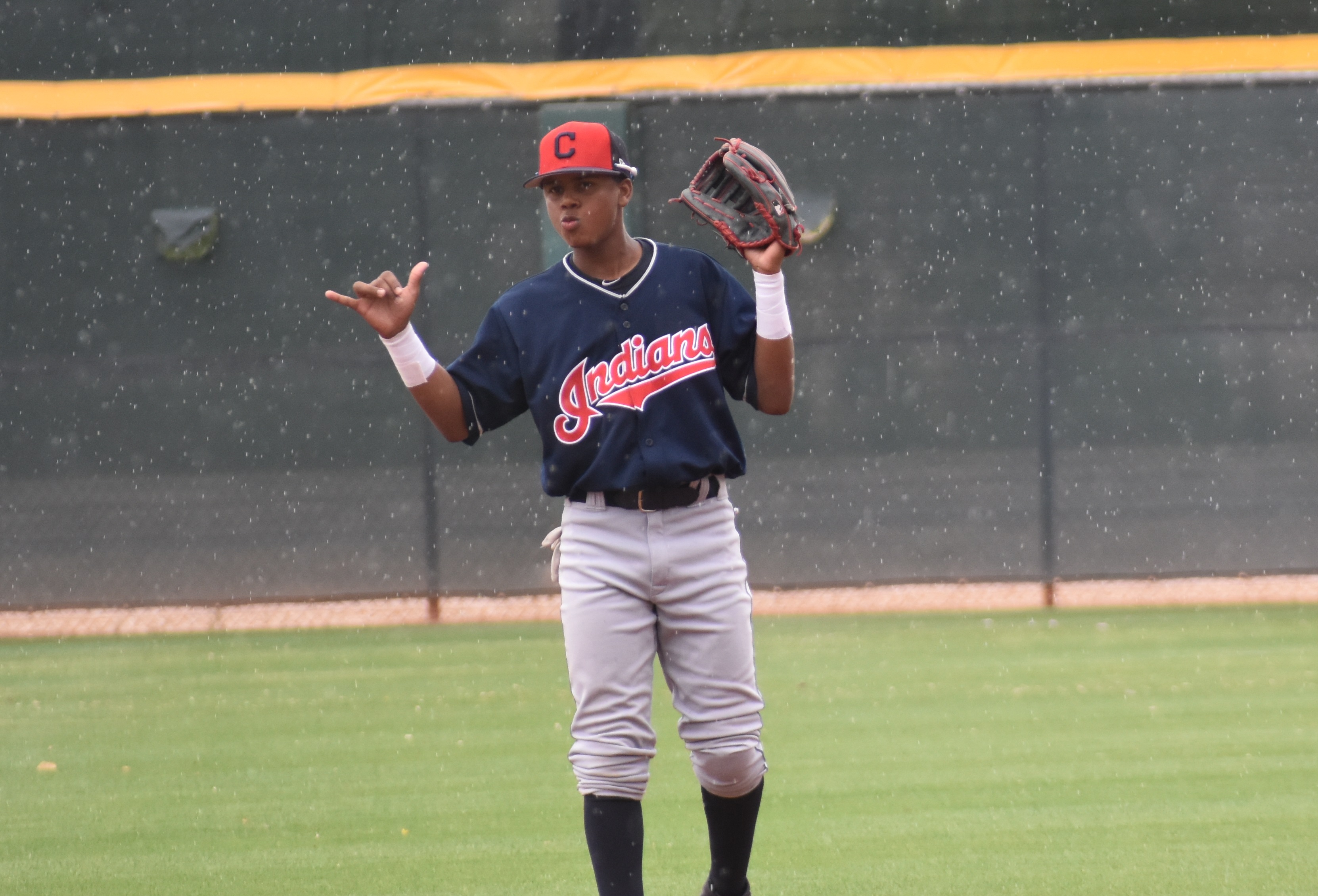 Down in the Dominican: DSL Indians July 8-20

The Dominican Summer League Indians only played nine games over the last two weeks with a couple of rain outs. With just two wins in their last ten games, however, they have fallen to second to last in the DSL North, ahead of only the Indians/Brewers coop squad.

As bad as things have been overall, Dayan Frias and Jorge Burgos started things off with three hit games against Dodgers Shoemaker. The 17 year old Burgos was particularly impressive with two doubles. This was the second game of what would become a six game hitting streak for Burgos and the two doubles were nothing new as he now has 12. He is now hitting .297/.378/.442 on the season, the third best slugging percent on the team.

At this point, it appears the Indians/Brewers may only exist to boost the DSL Indians’ confidence every once in awhile, and they did so on July 15th, although the second game of this series was rained out. The Indians scored eight with Burgos again standing out with multiple hits. This was also the professional debut of Wuilfredo Antunez, a 17 year old, left handed outfielder out of Venezuela. Antunez hit a double in his debut and is currently hitting .400/.500/.700 through his first four games.

You can call it a winning streak as the Indians beat Rangers 1 3-0 in their next game (although the rain shortened it to seven innings). Steven Perez continues to lead the way as the staff ace and threw six shut out innings with seven strike outs and just one walk. He has allowed more than two runs just once this year (his first start) and has a 2.50 ERA in 36 innings.

Antunez had a two hit game including a triple and the Indians bullpen went six innings without allowing an earned run on July 20th, but they still lost 3-1 against Pirates 1.

Overall, it was a fairly terrible two weeks for the DSL Indians. Despite this, some players are trying to shine through the muck. Right handed reliever Luis Almonte has allowed just one earned run over his last six appearances, spanning 11 innings. His 2.57 ERA for the season is second on the team to Perez.

Catcher, Richard Paz, son of former Astros farm hand of the same name, has had a triple and a home run in his last six games. Both Skeiling Rodriguez and Gabriel Rodriguez, who had been performing at an elite level, have taken a step back in the last couple weeks, but remain among the team leaders across the board.

Frias is finally turning his great approach at the plate into hits with a five game hitting streak to end the period. He has raised his line from .154/.337/.192 at the end of June to .223/.388/.300 today. His three doubles and two triples in July have greatly surpassed his two extra base hits in the entire month of June.