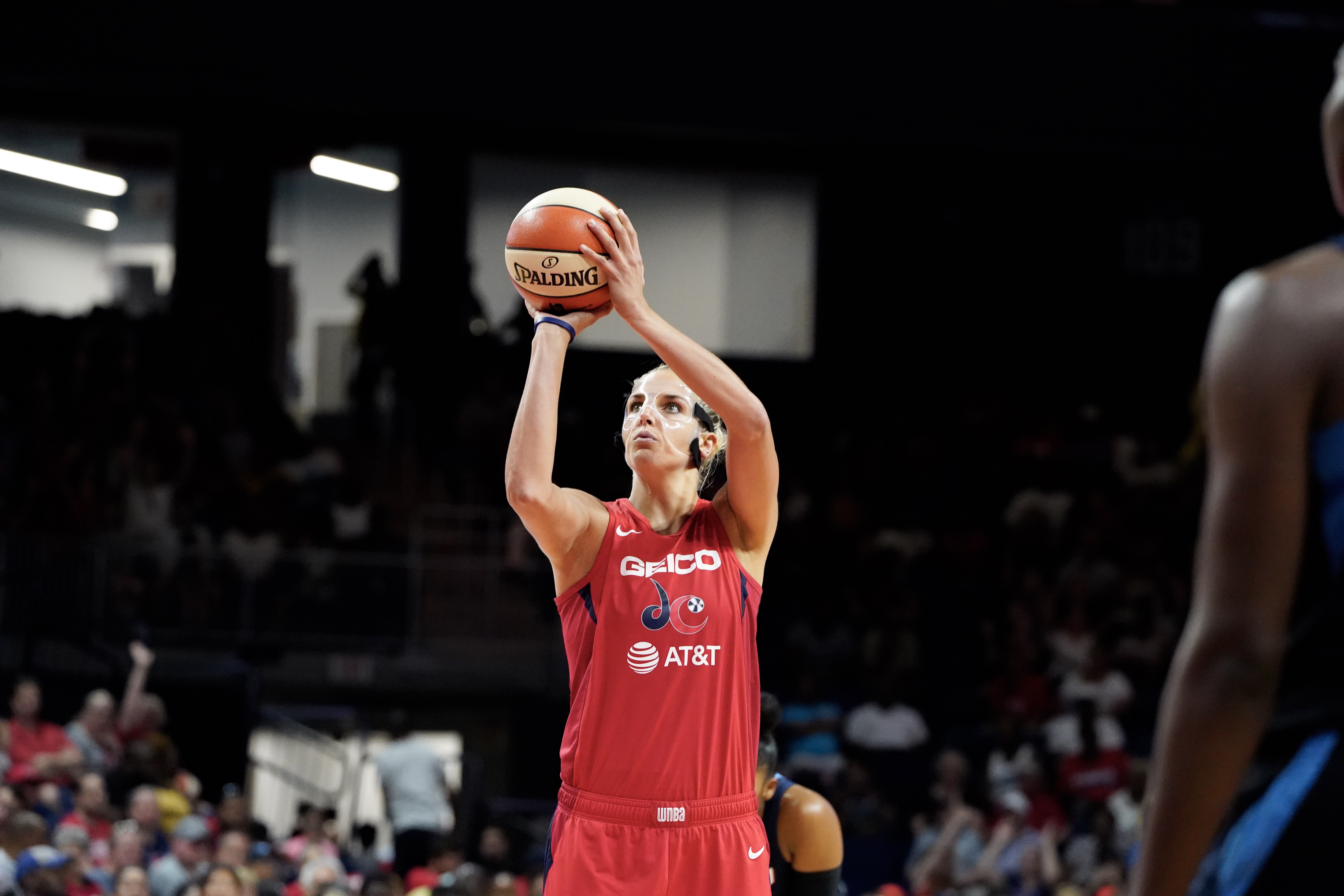 WASHINGTON, D.C. – The Washington Mystics (11-6) defeated the Atlanta Dream 93-65 on Sunday afternoon. Elena Delle Donne who recently topped all WNBA players in the 2019 All-Star voting led the way with 28 points and 8 rebounds in only 27 minutes of action – all while nursing a broken nose.

Delle Donne, now a six-time All-Star, was also named the WNBA’s Player of the Week after having a strong week averaging 28 points, 11.5 rebounds and 2.5 blocks per game. The Mystics will face the Minnesota Lynx on July 24.

Here are my top five photos from Sunday’s matchup:

LaToya Saunders with a strong finish in the paint

To check out the rest of the photos taken from Sunday’s game head over to our official All-Pro Reels Flickr.