Good Times in Goodyear Red: With Yainer Gone, Marmol is Picking Up 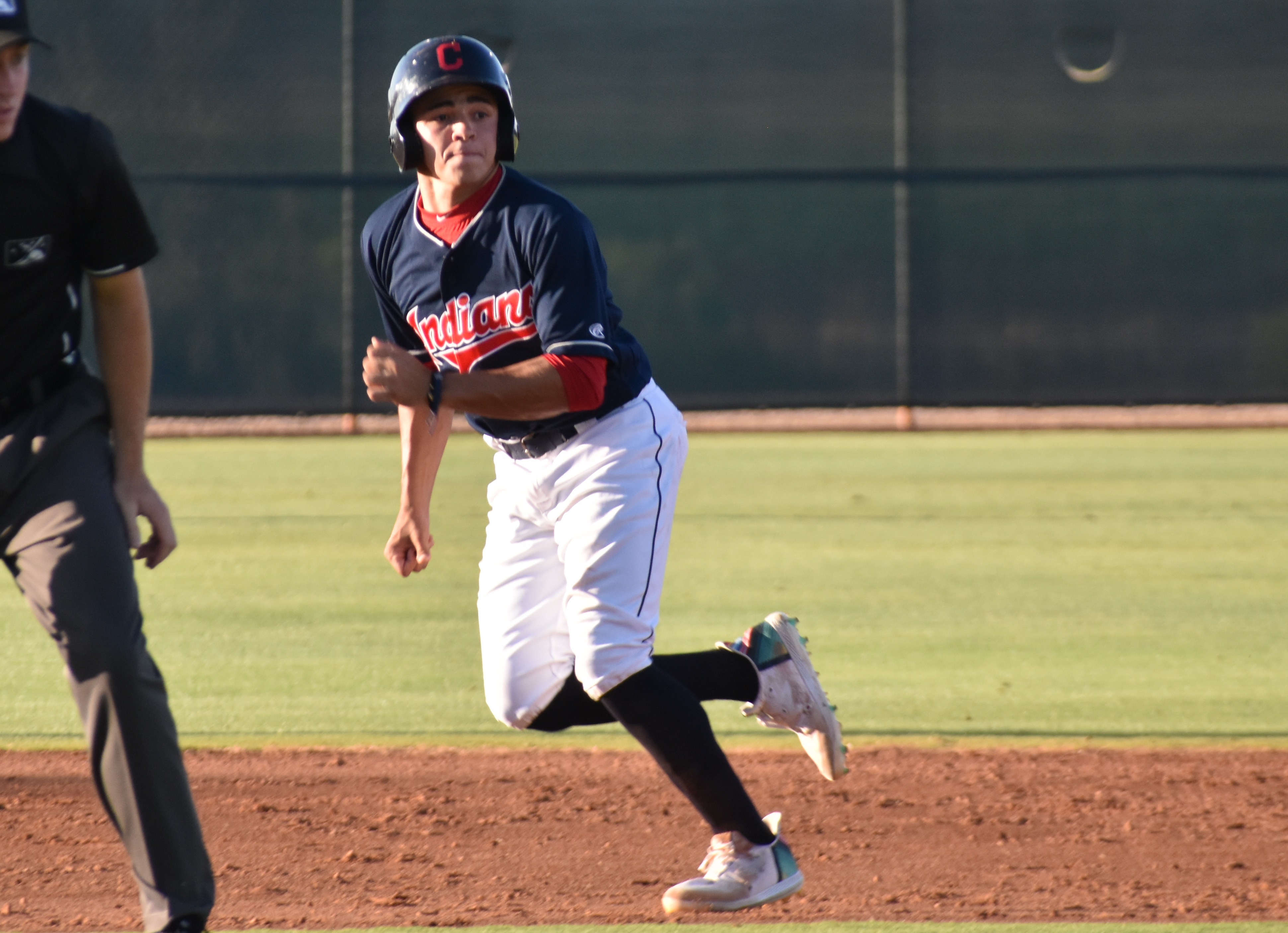 Good Times in Goodyear Red: With Yainer Gone, Marmol is Picking Up

As the AZL Indians Blue have been on the rise, team Red has been going through a rough stretch. They have lost eight of their last twelve, falling to 12-14 on the season and to second to last in the Arizona League West. While this has already removed them contention for the first half divisional title, the good news for Red is that the standings start all over in a couple days as the second half division winners also receive a play-off spot.

Going back to last Saturday, team Red started the week off with a loss despite scoring six runs against the Mariners. Two errors leading to six unearned runs doomed them in this game although Brauny Munoz didn’t do much to stem the tide as he allowed seven hits in the first two innings.

This game was the first start for the recently signed Landy Pena and he walked for the second time after taking a base on balls as a pinch hitter the day before. Now five games into his career, he has walked in every game, stolen two bases and had three hits.

Defense was again an issue on July 14th as both the Indians and Brewers Blue (the only team worse than team Red in the West) committed four errors. While there weren’t many stand outs on either side, Yainer Diaz did have three hits in what would be his second to last game with the team. Following his appearance on July 17th he was promoted to Mahoning Valley. He finished his rookie campaign first in the AZL in wRC+ at 204 (and first in average if you prefer that at .451), third in slugging percent (.707), sixth in home runs (5), and eighth in strike out percent (9.1%).

They took their biggest loss of the season on July 16th against the Rangers 15-5, although that mark wouldn’t last long as they lost again to the Rangers 15-4 two games later. In the first drubbing, errors killed the Indians again with five misplays leading to five unearned runs.

While both the offense and pitching performed poorly in this game in addition to the defense, there was one positive point. Roger Marmol hit his first AZL double in addition to having his first two hit game, then did the same against the Angels the next day. With his first home run coming on July 19th, Marmol has really begun to turn his season around after starting 3 for 28 with no extra base hits.

In addition to the previously mentioned performances of Marmol and Pena against the Angels on July 17th, Christian Cairo knocked in two and scored one with a triple and a single to lead the way in a 7-4 win. Indians first round pick, Daniel Espino, made his second start and went two innings this time, allowing one run with two strike outs. He has not walked a batter and allowed two hits during his first three innings.

After the confidence boost, team Red saw the bottom fall out as each of the first four pitchers against the Rangers on July 18th allowed at least three earned runs. While the defense wasn’t an issue this time, walks were as those first four pitchers walked 11 in 7.1 innings.

Team Red started inching back towards .500 with a win against the D-Backs on July 19th, largely propelled by Munoz getting back on track. He allowed just one earned run in five innings and struck out four. After two off starts, Munoz had his third best start of the season and dropped his ERA back to 3.12. He has walked nine and struck out 23 in 26 innings, but of those, six walks and two strike outs came in his seven innings prior to this start.

In addition to Marmol’s recent hot streak, Cairo has been solid of late with five hits in his last three games. This is big for the young infielder who was coming off an 0 for 15 stretch.

As the Blue team was busy clinching their first half title, team Red got back to within a game of .500 with a win against the Angels. Joe Naranjo came up big with two hits, two walks and two runs scored while Marmol knocked in two as part of a 7-5 victory. Pena walked two more times as well giving him the very odd line of .176/.423/.176 through 17 at bats.

Christophers Santana pitched a scoreless ninth with three strike outs for his first save of the season. One of the only remaining players from the 2018 AZL team now that Diaz is gone, Santana now has a 2.08 ERA in ten appearances with 17 strike outs to six walks in 13 innings. His major command issues of the past appear to have been ameliorated and he could be one of the next in line for promotion.